There and Back Again – The Hobbiton Movie Experience

Behind a desk again, and they both quit their jobs and left for adventures around the world. We shall call one of these friends; Cez, and the other friend; Agness. Together they got up to much mischief in many countries across the curvature of the earth, eventually arriving in New Zealand, at a very special place, where we did our first bungy jump. A place where dreams come true. A place where fantasy meets reality and magic is in the air. You see, Cez and Agness were visiting Hobbiton, in The Shire – land of the Halflings.

The traveling twosome had arranged this wonderful venture through a magical company called Tinggly, who offer gift packages for many experiences all over the world. But today, courtesy of them, Cez and Agness; Agness and Cez; had come to the movie set of the iconic Lord of the Rings and Hobbit trilogies.

Since director Peter Jackson called a rap on the franchise, fans from all over the world have flocked to see The Shire – the purpose-built home of the Hobbits, where Bilbo, Frodo, and co began their famous adventures.

You can imagine how excited the pair were. In fact, they couldn’t remember the last time they were THIS excited! It was like Christmas, a birthday and the day you pay off your credit card all rolled into one!

Tepidly, they set out in one of those new-fangled vehicles with wheels. We shall call this a bus. It took around three hours to make the trip from Auckland to the town of Matamata – in the north of the country. The movie set was built specifically for the films and is set on 1250 acres of farmland – around 10 of which makes up Hobbiton.

Agness was particularly taken aback by how large it was; especially considering this is a place synonymous with little people! We made sure we had our second breakfast before exploring.

J.R.R Tolkien’s stories are loved by millions, evident in just how many people are still visiting the film locations even years after the last scene was shot.

Cez is particularly a fan, having read all the books and watched all the movies. Agness was astounded by how real everything looked.

It honestly felt like people lived and worked in the hobbit holes and that you could open one of the doors and find a hobbit frying some nice, crispy bacon.

Curiosity was getting the better of her – and she tried on several occasions to see what was inside. Silly Agness!

Our guide on this adventure was a lovely lady by the name of Jenny. She had worked in The Shire since it became a tourist attraction over 15 years ago.

As you can imagine, she was very knowledgeable about the location, and Agness and Cez learned a lot about the set and its stories.

The tour takes around two hours, taking in the 44 hobbit holes scattered through the green countryside, and includes visits to Bagshot Row, The Party Tree and of course Bag-End, home to Frodo and Bilbo Baggins.

It was a truly magical experience.

Little Fellows in a Wide World

There was one last treat in store for our heroes, as they visited the famous Green Dragon Inn – a working replica of the local hobbit watering hole from the movies.

Agness opted for a non-alcoholic ginger beer which was incredibly sweet, while Cez quaffed amber ale.

Soon, they will ride off into the sunset, return to their own homeland, and live happily ever after. Until they get ants in their pants and leave to travel again.

5 Reasons Why Oslo Did NOT Live Up To My Expectations 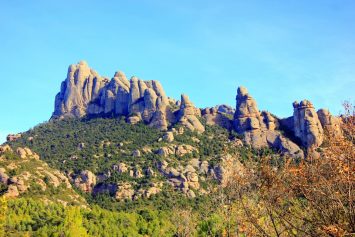