We needed to have our heads examined. There we were, standing on a tiny platform, strapped into a harness, some 40 meters above the waters of the Waitemata Harbour, Auckland. Absolutely petrified was an understatement. Whose idea was this?! Surely there were alternative attractions in the area with our feet firmly planted on the ground?! How about a nice stroll in the park?! A cup of coffee in a chilled out café? Having a lie-in on a Sunday morning?! But where’s the challenge in that?! Instead, we’d once again hooked up with gift experience gurus Tinggly, this time for their bungy jump package, in what has become arguably the cradle of the craze – New Zealand.

If you’re going to throw yourself off a bridge with a large rubber band attached to your legs – there’s probably no better place in the world to do it!

The History of the Bungy

Bungy (or bungee – depending on where you’re from) jumping, has been around since 1979, when three foolhardy guys in a dangerous sports club decided to jump off the Clifton Suspension Bridge in Bristol, U.K. As you might expect, they were arrested immediately after, and so too was bungy jump pioneer and all round legend A.J. Hackett. Hackett – a New Zealander – was the first person in the world to start jumping regularly, and sparked public interest in this insanity.

He did the first ever commercial jump, right here in Auckland – and it is with his original company that we’re taking our turn. We weren’t nervous at all…

The Auckland Bridge jump team offers thrill seekers a selection of options for how you’re going to experience the jump.

You can either leap with an ankle tie or a full body harness depending on the style of jump you’re going for. Some people can do flips and somersaults! You can also choose a tandem jump, but we both opted to go separately, of course. There’s also a cool option to be able to touch the water at the bottom of the jump, but this has to be precisely measured, otherwise, you’re going for a dip head first and up to your waist!

We were pretty sure the water would be far too cold for such an experience and chose the safer option to keep dry.

Approaching the jump off point and we knew this was going to be a walk in the park. Cez was so confident; he was even doing excited little dances with sheer bravado. How hard can this be?! All you need to do is jump!

And yet, his confidence took a literal nose dive with every step towards the edge. Fear began to take hold. Total and utter, mind-numbing, spine-tingling (or Tinggly), panic-inducing terror. Fight or flight?! Get us out of here!

But there was no way back! The rope was dropped. This must be what it felt like to be on death row!

Admittedly, Cez would probably have not gone through with it if it wasn’t for a helpful verbal push from best mate and maker of sensible decisions – Agness.

What would he do without her? With one almighty gargantuan effort (and a few unprintable words) he launched himself off the platform and tumbled down to the water below, before bouncing back like one of those tennis balls on a string.

He’d done it! Another one ticked off the bucket list, and he’d lived to tell the tale!

Not to be outdone and not purely for moral support, Agness was there for a reason.

It was her turn to step up next, and she was just as fearless as Cez when it came to the approach. But then yet again the fear took its relentless hold, especially when it came to the weight of the bungy cord. Agness could barely move for terror, and when you’re 40 meters over the sea and about to throw yourself down to it, you can understand why. And so as the daunting prospect of the jump approached, Agness was so overcome with fright that she sort of just dropped limply off the platform!

But at least she managed to do it! Zero point five for effort!

The adventurous twosome had slightly different experiences once leaving the safety of the platform. As previously mentioned, we both opted to jump using strapped by the legs. After the kinetic energy of the jump dissipates, and you’re left dangling over the water, you’re meant to be able to release the ankle lock and simply sit comfortably in the harness enjoying the view, freaking out, vomiting or whatever!

Cez remembered to do this, but unfortunately, Agness was frozen stiff with fear, and had to be reeled back to land like a fish! Check out the video to see just how terrifying this looked! She was more embarrassed than frightened though – or so she claims!

Back with our feet on terra-firma, breathing sighs of relief but buzzing with adrenaline – we compared notes on our experience. Angess said she DEFINITELY wouldn’t do it again – but this is a load of nonsense.

Next time there’s a higher, more difficult jump, expect her to be the first one to suggest it and take the challenge head on. While nearly having bowel movements in his pants needing to change his shorts before the jump, Cez claims he actually can’t wait for the next opportunity. We’ll believe it when we see it!

We’ve managed to conquer our initial fear of the top of a bungy platform, but can we do it again – from 12, 500 ft?! That’s right friends – our next challenge is going to be trying our hand at skydiving! Not content with how tame it was from 40 meters (yeah right); we decided to see if we could throw ourselves out of a plane. So please subscribe to our awesome newsletter and follow us on Instagram for all the latest information and adventures from etramping – so you don’t miss just how much we’re going to be shaking with fear! 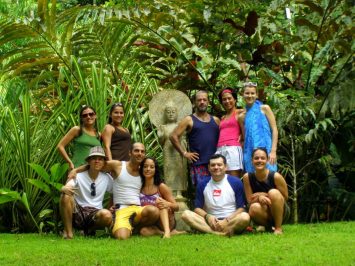 How To Overcome Your Fear Of Moving Abroad

Life on the Train (Chongqing-Lhasa, 46 hours) 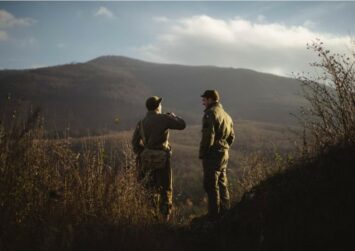 Beginner Guide to Hunting in America