If there’s one thing we’ve seen a lot of on the Epic Road Trip – it’s castles! As we mentioned in another episode, you might have thought we would get tired of them, especially after seeing Carcassonne in France and Cardona in Spain. But it would be a shame if we left Portugal out!

Not to be outdone, the Sintra region of southern Portugal is a municipality just outside of Lisbon, with castles and palaces galore situated in fairytale surroundings. Hans Christian Andersson lived in this region and was obviously heavily influenced by the beautiful, colorful architecture and landscape you’ll discover here.

It is well worth a visit, and with Epic Road Trip companion Lydia keen for more castle-bagging, we set about finding the best way to visit Sintra’s historical wonderland!

Located just over half an hour’s drive from Lisbon you’ll find Sintra, a picture-postcard town set into the hills outside the Portuguese capital. Being so close to the city, Sintra exquisitely lends itself to day tripping, and many visitors do just that to explore its fairy-tale architecture and landscape.

With a cooler climate here than down at the water’s edge, wealthy types decided to spend a few pennies creating some exorbitant summer retreats here, which gives Sintra a unique and decadent architectural flavour. Its colorfully diverse sights are masterpieces of inventive imagination, set into a hillside forest setting, which can keep tourists occupied for days.

Unfortunately, we were on limited time, but that didn’t stop us enjoying a wonderful day tour organised by Tinggly experience gift box. With so much to see in the region – you’re going to need to cram a lot in, so it’s nice that someone was on hand to plan an itinerary for us for once!

On the tour, you’ll be guided through the beautiful town of Sintra to locations of note, with plenty of opportunities to stop and take photographs while exploring this one-of-a-kind destination. The highlight, of course, is a visit to the magnificent Pena Palace (of which more anon) – with a delicious Portuguese lunch (not included in the tour) coming a close second. Seriously – the finest octopus I’ve ever tasted – despite the fact that typically I don’t like the octopus (thanks Lydia for forcing me to try)!

You’ll also be treated to a visit to the Cabo da Roca, which is the most westerly point in Europe, see some inviting sandy beaches, and have the opportunity to explore the charming harbour in the seaside town of Cascais. An added bonus is a visit to the “Devil’s Mouth” rock formation – to round out the trip with some impressive natural architecture too. Then you’re conveniently whisked right back to the front door of your hotel. The whole day lasts about eight hours – so wear some comfy shoes!

What Is There to See?

You’re going to get more 19th-century romantic architecture than you can shake a stick at for one thing!

Sintra was the first centre in Europe to showcase such artistic dwellings, with the bright buildings of Sintra town centre giving the impression of a box of candies, ultimately rewarding the area with UNESCO World Heritage status in 1995. There’s an abundance of green space and gardens – which are well taken care of and blend effortlessly with the architecture.

Interestingly, it was Sintra that blazed a trail when creating the marriage of home and garden, with the popularity of landscaping originating from the region. There are several palaces and castles to explore, all with their own individual style, but perhaps the finest of these though is the stunning Pena Palace.

The jewel in Sintra’s crown is the beautiful, hotch-potch designed Pena Palace, which, along with the Castle of the Moors, is the number one reason you should pay a visit here.

A former seat of the Spanish monarchy, its random, multi-colored mix of architecture make it a favourite for all the family, and it has become affectionately known as “the queen’s fart.” After visiting you can understand why!

It was originally a holy shrine and monastery before King Ferdinand II acquired the site and began the palace’s construction in 1842. A champion of the arts, Ferdinand set about turning his vision into the brilliantly creative, visual delight you see today. Imagine a large wedding cake decorated with random food coloring – that’s the Pena Palace!

It really is a spectacular attraction – but be warned that it can get extremely busy in the summer months. We were lucky to be viewing it in winter – with Lydia and I being the first visitors through the doors on the day!

After plenty of time to explore the palace, our next destination was the Cabo da Roca – which is famous for being the most westerly point in continental Europe. Here you’ll have a stunning, panoramic vista of the sea and Portuguese coastline, around 150 metres up on the top of windswept cliffs. The cape has a stone monument and plaque declaring its geographical position.

Our final port of call was a visit to Cascais harbour, located in the coastal resort town. Its 15th-century fort has been converted into a hotel, and the town has a reputation for being a playground of the rich and famous. Still, it was a very picturesque stroll and a nice, relaxing way to end the day. Again, we enjoyed being here in the winter – in warmer months the beaches would be overrun.

Our day tour exploring Sintra and its surroundings was a wonderful way to finish off the Epic Road Trip – but it’s strange to think of it as finally being over! Lydia and I have managed to cover some amount of ground over the past 19 days, a trip that has taken us from the south of France, into the Pyrenees mountain heights of Andorra, down through Catalonian Spain and finally to the coast of Portugal.

To celebrate, we enjoyed drinking Ginja from chocolate vodka shot glasses (a Portuguese lacquer), but our time on the road had come to an end – for now at least. Lydia was to return to Singapore while I drove my tenacious and heroic vehicle all the way back to Poland – there to plot our next epic adventure.

The Epic Road Trip is complete – so where should we go to next? Let us know your thoughts!

Cez Krol
I’m always positive and never bored – there’s just so much more to see and experience! I began my journey around the world in 2011 with just $400 and one-way ticket to Asia. Still going and blogging today. You can typically spot me working on a laptop or rock climbing.
Do you want to contribute?
Publish your guest post on Etramping!
PrevPrevious11 Things You Should Know Before You Travel to Chile
NextBeach Life In BaliNext 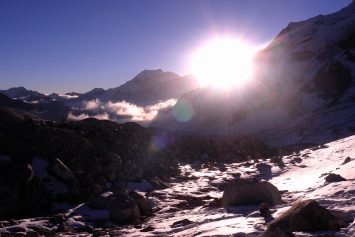 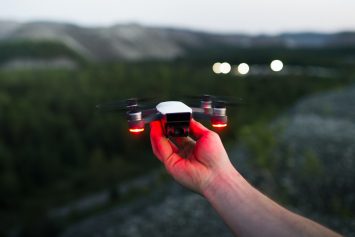 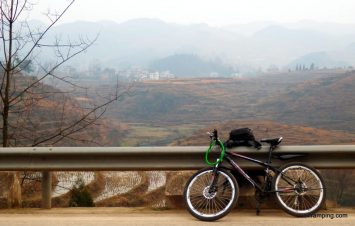 Update: Next destinations – Hong Kong and Cycling the Full Length of Vietnam