Travel Music That Will Inspire Your Wanderlust

Finally, in our explorations of travel and the arts, we come to music. We’ve covered travel films and travel books, so now it’s the turn of the tunes to inspire the old wanderlust.

Or, simply the best music to listen to when you’re already out there, watching the dramatic scenery whizz by from your front row seat on the train sidecar you’ve just hitched.

No worries, we embedded the music videos so you can start listening while you read.

Music is your soundtrack to life and a soundtrack to your travel adventure. One of the best reasons to listen to music on the road is every time you hear that tune again, it’ll transport you back to that moment.

So, even if you’re stuck in an office with a rain-soaked window and a boss yelling at you for that report – you can still be on a beach in the Philippines.

Best Music to Listen to When Traveling

The soundtrack to one of the most wanderlust inspiring movies out there – Into the Wild – is as moving as the story.

The tune is hypnotizing and when you listen very carefully to the lyrics, you’ll realize that you may want to leave it all and go traveling. No wonder this is the hit that starts our list of most inspiring travel tunes.

We doubt there is a better song about escapism and one of the best choices for music on the road – especially if you have access to a fast car.

If listening to Tracy Chapman’s 1988 hit with the wind in your hair as the sun is going down doesn’t have the hairs standing on the back of your neck and goose pimples up your arms – you’re probably dead.

Gray’s 1998 offering White Ladder was his last-ditch effort at fame and he threw everything on the line for it.

From an entire album full of potential travel tunes, Sail Away encapsulates a desire to leave everything behind and whisk your love literally and figuratively off into the sunset. Being on a boat is an added advantage.

Where the Streets Have No Name – U2

Stadium superband U2 know exactly what they’re inspiring with this number – released in 1987.

Who doesn’t want to run through the fields, tear down the walls or feel sunlight on their face?

The tune’s slow build-up is best listened to when you’ve just turned the ignition for an epic road trip – and then you can scream out the chorus until your heart’s content with nobody looking at you funny.

The Magnetic Fields – Born on a Train

“One of these days I’m gonna leave you in your sleep” is a melancholic line from a chorus that is – quite simply – brutally honest.

It speaks to those of us with an unquenchable wanderlust. “Baby – I was born on a train.” Share this beautiful 1994 tune with all your travel buddies – we guarantee you’ll be wanting to book that rail ticket in seconds.

One of the best things to come out of Australia since Vegemite, king hippy Xavier Rudd’s 2012 track is a mellow calling to the road, with particular emphasis on following the sun. The tune’s positive vibes are undeniable – play it at twilight during a beach bonfire and several people are likely to fall in love with you.

Nobody writes lyrics like Elbow’s poetic frontman Guy Garvey, and the band’s 2017 lead single from their Little Fictions album is one of many travel tunes from their extensive back catalogue.

Focussing on the child-like wonder a young girl has for the world – you’ll share the same sentiment after one listen. It helps that the video is beautifully shot footage of Myanmar too.

King of the Road – Roger Miller

Particularly apt for the budget traveller who gets around as a “man of means by no means,” this tune will have you packing little and setting off on an adventure with barely a dime to your name.

We’d have to include the late, great Tom Petty somewhere on this list, and his epic opening track from his 1989 debut solo album is the one that gets the nod.

Just ask Jerry Maguire when he turns the tune on in his car in the movie. It’s a sin if you’ve not got this on any road trip playlist.

The Day We Caught the Train – Ocean Color Scene

Britpop legends Ocean Color Scene were certainly channelling the Beatles with this 1996 hit – and it hasn’t aged a day. It’s a stonking anthem of summers spent taking trains up coasts, and best listened to with a cold beer and a load of mates. They don’t make them like they used to!

We’re going back to 90’s and to the song that is all about travel – as we all are. Uplifting and literal, not to miss.

Thanks to Andrew Boland for listing this song in the comments. We’re looking forward to more suggestions.

There’s no accounting for taste, and we know we’ve missed of literally hundreds of classic tunes that will inspire your wanderlust or for you to rock out to during your epic travels.

These are the choices we’ve gone for this time though, so give them a listen and get them on your playlists. Be warned though – they’re powerful stuff – so make sure you’ve cleared it with friends and family before disappearing around the world.

Have your say! What’s your choice for music on the road? Let us know! 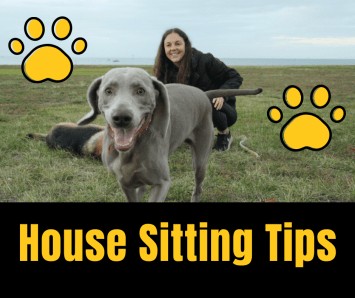 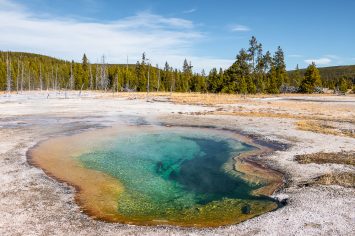 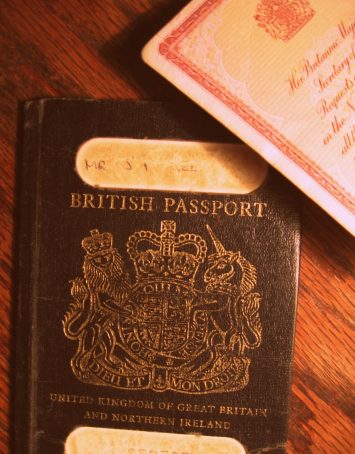 Travel Tips For British Citizens: All About Getting Your First Adult Passport