Taipei For Less Than $25 A Day

Allow me to let you in on a little secret: Southeast Asia isn’t the continent’s only place to travel like a king on the cheap. Driven away by a reputation for sky-high prices thanks to cities like Tokyo, many would-be travelers skip over East Asia for fear of dipping too far into their travel budgets. Fear no more. There’s an alternative.

Enter Taipei, one of Asia’s least sung city destinations and a place where you can stretch your dollar—and your belt buckle—further than you ever imagined. Even if you’re on a tight travel budget, all the pleasures of Taipei are within grasp. Get your trip to Taiwan started right with these tips for enjoying Taipei for less than $25 per day (excluding accommodation):

Save money with a transportation pass

Taipei is an urban explorer’s dream, but walking between every single site is impossible. Not only are the distances grand, but the heat and humidity, especially in the summer months, will sap every ounce of energy from you. Luckily, navigating Taipei on the MRT doesn’t have to wreck your budget—there are a few cost-friendly options:

If you’re planning to use the MRT more than a couple times, grab a one-day pass, valid for a single day offering unlimited rides.

This rechargeable payment card offers a 20% discount on individual rides. It’s a great choice if you only plan to use the MRT for a couple short-haul trips each day and are staying in Taipei for a couple days. EasyCards can also be used in certain stores like 7-11 and on many buses and trains headed out of Taipei.

Few cities have more compelling free activities than Taipei. And even with as much as 48 hours in Taipei, you can fill your days with sightseeing without so much as spending a cent.Here are a few of my favorite free activities in Taipei:

The intricate carvings in this Confucian temple are well worth the trek out to Datong, one of Taipei’s oldest historical districts.

Even more impressive than its Confucian neighbour, this Taiwanese folk religion temple in Datong deserves a second (and even third) look to marvel at its ornate traditional design.

Love him or hate him, Taiwan’s most infamous politician is immortalized on the fringes of Liberty Square in central Zhongzheng. Spectacular views onto Liberty Square from the building and witnessing the hourly changing of the guard make the trip to CKS Memorial Hall worthwhile.

Hiking up Elephant Mountain is no easy feat in Taipei’s eternal heat, but travelers who tough it out will throw themselves in front of one of the city’s finest skyline panoramas.

Eat at the markets, day and night

Like in many cities in Asia, saving money in Taipei involves a conscious effort to avoid expat- and tourist-focused restaurants and search out local food choices. Fortunately in Taipei it couldn’t be easier—wherever you wander a great local market or restaurant is never far away.

During the day you’ll find street vendors and markets scattered around the city, offering anything from oyster vermicelli and omelettes to dumplings and pork buns. If you choose well, you’ll pop your belt out with your newfound “Buddha belly” after enjoying a handful of tasty treats for NT$150 ($5) or less. For the best variety of cheap Taiwanese food though, visiting Taipei’s night markets is a must. With night markets springing forth at every end of the city, choosing one can be a challenge. Here are a few suggestions:

Although it’s a little crowded and more difficult to get to than other night markets, the atmosphere at Raohe Street Night Market is worth a wander. Be sure to try the delicious pepper pies near the entrance gate (look for the long queue).

If you only visit one night market in Taipei, it should be Shilin. Not that the food is better, but the selection here is unparalleled.

Ryan O’Rourke is a Canadian travel writer, photographer, international food & drink aficionado, part-time wanderer, and founder of Treksplorer. Connect with Ryan on Facebook and Twitter to join him as he unearths the earth’s quirky & sublime two to three weeks at a time.

Have you ever been to or want to go to Taipei? What are some of your favourite money saving tips for Taipei? 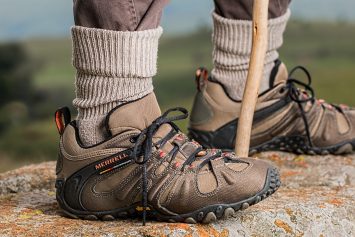 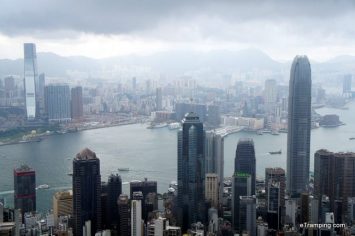 Photo of the Day: Hong Kong View from the Top of Hong Kong Island 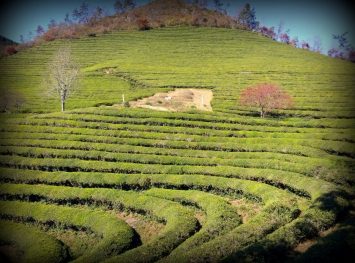 A Lesson From The Road – A Story About Getting Lost