Abu Dhabi is the capital city of the United Arab Emirates. It is based on a triangular island along the coast of the Persian Gulf. It is connected by a small bridge to the mainland. Initially, it was a small town with very little population. However, it was modernized later and declared to be the state capital in 1971.

It is a popular tourist destination even among residents of developed countries.  Several features are added to make this city more attractive to tourists. Several projects have been undertaken to expand the tourism industry here since the 1990s. The establishment of an international airport and many luxury hotels helped in attracting more tourists.

Abu Dhabi is now a rich city due to its oil fields that are located onshore and offshore, as well as income from overseas investments. Therefore, the city administration can spend a lot on the cultural welfare and beautification of this place. Plenty of flights run by reputed airlines, like Etihad Airways, Egyptair, Oman Air, Gulf Air, and Saudia, are available for foreign tourists who love visiting Abu Dhabi on a budget.

Adventurous tourists can enjoy several thrilling outdoor activities during their vacations in Abu Dhabi. They can ride horses that are available for rent so that they can gallop through the dunes of the desert region.

Kayaking along the waterways of Mangrove National Park is another great outdoor activity that helps tourists in enjoying the views of marine life and birds’ habitat along the coast. They may also walk the narrow boardwalk in between mangrove trees.

A boat ride and rock climbing

An adventurous ride on a wooden Dhow boat is also popular among tourists. This Dhow cruise is a traditional activity of local divers looking for pearls in the Gulf water. Tourists enjoy a romantic dinner on board this cruise while watching the sunset.

Rock climbing is another outdoor activity for adventurous people. There are multiple routes in Abu Dhabi where tourists can practice this interesting sport event.

Tourists are offered a short desert safari of 6 – 7 hours. There are tour organizers in Abu Dhabi, who pick up tourists from their hotels and drive to the desert area. Then they can enjoy short camel rides amidst sand dunes and explore the desert. There are guides to lead the way for tourists and help them in riding camels safely.

Sandboarding over Liwa dunes is another popular desert activity in Abu Dhabi. New sand boarders are advised to move over the gentler slopes of dunes for a stretch of 300 meters. This desert is known for housing a few largest dunes in the world. Tourists need to tie their sandboards securely to their bodies.

A dune buggy is another desert adventure in Abu Dhabi. Tourists can explore the steep sand dunes in the Al Khatim desert. The best buggies are provided for tourists so that they can drive up and down these dunes, supervised by an experienced instructor.

Al-Ain is an old oasis that holds a rich historical background of many millennia. This city is located on the border of the UAE with Oman. Its name is an Arabic word that means ‘the spring’, a place with a source of natural water. There are over 200 springs in this city, along with thousands of figs, cider, and mango trees.

This oasis is declared a UNESCO Heritage Site due to its natural sources of aquifers and wells for a high-graded irrigation system in this region. Hili Archeological Park shows signs of inhabitation here during the Bronze Age and Stone Age. Bidaa Bint Saud, Al Jahili Fort, and Al Ain Palace Museum are other notable attractions of this Garden city.

Al-Ain National Museum was built in 1969 by Sheik Zayed bin Sultan Al Nahyan. Thus, it is the oldest museum of the UAE, which displays the history of this country from the ancient Stone Age to 1971 when the United Arab Emirates emerged as an independent country. The premises of this museum also houses Sultan Fort, which has a great historic value related to the royal family.

The museum is divided into three sections, namely Archeology, Gifts, and Ethnography. The Archeology section displays ancient materials excavated from this region while the Ethnography section shows the local culture and traditions of Arabs living here. The Gifts section showcases all the gifts given by foreign personalities to the late Sheik Zayed.

Jebel Hafit is a mountain peak that overlooks Al Ain city. It is the highest peak of Abu Dhabi, with a height of 1249 meters. Tourists can reach its summit by car, bike, or bicycle. This huge limestone mountain guards the Oman border. Tourists also visit Jebel Hafeet Desert Park at the foot of this mountain, which extends over an area of 9 Km and is declared as a UNESCO World Heritage Site.

Sheikh Zayed Grand Mosque is the largest mosque in the UAE. Its construction was finished in 2007 and opened for daily worship. The west minaret of this mosque houses many offices, educational centers, and a huge library. Its architectural style resembles some other famous mosques. Its hall floor is covered by the largest carpet in the world, imported from Iran. Several huge chandeliers are used to light up this mosque.

Oasis of Dignity or Wahat Al Karama is a shallow water body that reflects the image of Sheik Zayed Grand Mosque.  It is the first war memorial of the UAE, paying tribute to all national heroes of this country who died while in service.

Hop on and hop off tours

Tourists can enjoy shopping in Marina Mall that is a landmark of Abu Dhabi and owned by Marina Group. It spreads over an area of 122000 square meters. It contains more than 400 shops from various well-known brands, some bank branches, and an indoor trampoline park called Bounce.

Abu Dhabi Corniche is a long road that stretches over 8 km. There are distinct pathways for pedestrians and bicyclists here, along with a children’s play corner. This beachfront is very popular among tourists, as entry is free here.

Therefore, lots of travel agencies offer excellent tour itineraries to their customers, who want to enjoy their vacations in Abu Dhabi.

What would you an activity in Abu Dhabi you’re like to do when being there? Share your favorite one with us! 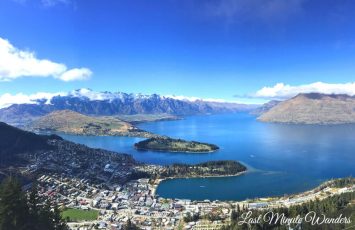 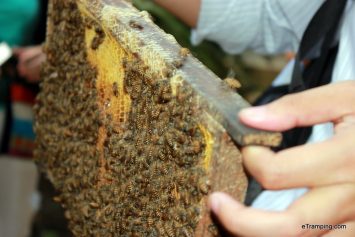