We arrived in Split, Croatia whilst we were on our way to Medjugorje. Being just next door, it seemed like a good idea to spend at least a bit of time checking the place out. So, we did a bit of research on where the best places to visit were and prepped ourselves for a bit (read: a lot) of a city wander.

We actually spent an entire afternoon looking through the city. We didn’t quite get to visit everything we wanted to, but I think we saw the important bits.

What’s amazing about Split is that so much of the city looks astonishing. It’s the type of place where you can walk down narrow streets lined with small houses or which overlook small boats bobbing on the water. It’s beautiful and busy at the same time.

Plus, there are many buses and ferries going in and out of Split.

We headed to the Diocletian’s Palace in Split, Croatia first. It’s conveniently located and was pretty close to where we were staying. It is also arguably one of the biggest draws of the city. Whilst we only had a relatively short amount of time to wander around the place, it was more than enough to appreciate it.

The building was actually built by Emperor Diocletian during AD 313. Well, he commissioned it. Due to his reign lasting only a tiny 8 years, he wasn’t able to see its completion. Several places inside have now become UNESCO world heritage sites. You’ll find a temple of Jupiter, Brace Radica Square, and a tower from the 15th century known as the Marina Tower.

This is definitely worth a visit. If you’re only going to see one thing in the city, make sure that this is it.

The Baptistery of St. John

Whilst I mentioned that several areas within the Diocletian’s Palace are UNESCO world heritage sites – and should definitely be visited – this is a trip with a religious theme. So obviously, I’m going to stress the religious places we visit. Hence, if made to pick only one attraction to visit within the walls of the Diocletian’s Palace, I would have to pick the baptistery of St. John.

Having originally been the Temple of Jupiter mentioned above, it is now known as a baptistery and has had its ancient roots replaced by murals and décor more fitting its Christian purpose. A great place to spend an hour or so if you have time.

The Cathedral of St. Domnius is one of the oldest areas within the Diocletian’s Palace (and Split, Croatia). You can see this in the architecture of the building and just the general feeling you get when you step inside. Whilst it has been repaired and looked after, it still largely resembles the original 7th-century structure.

Whilst you’re here, make sure to visit the Altar of St. Domnius. The ornate patterns and surrounding artwork will astound you.

After we finished visiting the Diocletian’s Palace, we decided that it was time to head to the next place. The People’s Square dates back to the 15th century and is a great place to do some quality people watching. My mom and I are particular fans of people watching and seeing how the locals move about.

In the centre of the square, you’ll find a large statue of Gregory of Nin. This was sculpted by sculptor Ivan Meštrović; one of Croatia’s most famous artists. Which brings us on to…

Named after the most well-known and revered of Croatia’s artists, this gallery is the perfect place to wind down in. The artwork is actually very interesting and painted in a way which makes you, as the viewer, feel relaxed.

Meštrović’s specialization was sculptured, to expect to see a lot of them on show here. In fact, there are 86 of them currently. There are also a few paintings, some drawings, and don’t forget the picturesque gardens!

The Croatian National Theater is one of the city’s most beautiful buildings (depending on your preferences). The yellow exterior may seem somewhat over the top to some, but for others, it’s the peak of Croatian architectural wonder.

Moreover, having originally opened all the way back in 1893, it’s one of the oldest buildings still in use in the country. There are over 300 performances annually. If you happen to find yourself in the area and you like theater, it can’t hurt to go and have a look and see if there is anything on that night.

Whilst this probably isn’t the right place for a coffee connoisseur, the coffee in Split was unfortunately pretty average.

They did have some really good cocktails to drink, but when it came to coffee, it just didn’t live up to our expectations of Europe. Nearby Medjugorje was much better.

A Rollercoaster of a City

Split, Croatia was a bit of a rollercoaster for us. When we arrived, it seemed grey and drab. It certainly didn’t seem like a vibrant place to live or to visit. However, once we started looking around, it did come alive.

We were a bit shocked by how much skin girls would expose here. Everyone seemed dressed for going to the beach, not walking around a city.

The buildings, statues and artwork throughout the city, however, were dressed up; really nicely in fact. The Architecture in Split was amazing.

We couldn’t believe how ornate some of the buildings were. Walking next to the water is also a really great way to see some of the city’s best views. Watching the boats across the water is one of those things which just relaxes your mind.

A quick heads up for those looking to explore the city on an empty stomach. It’s pretty easy to find a place to get some snacks. That is, as long as those snacks are pastries, cakes, gelato, pizza, or pumped up sandwiches. If you’re hedging your bets on finding a healthy salad bar whilst you’re out, you might be in for a bit of a surprise.

What’s your experience with visiting Split?

China’s Ghost Cities: Where to Find Them and How to Explore Them 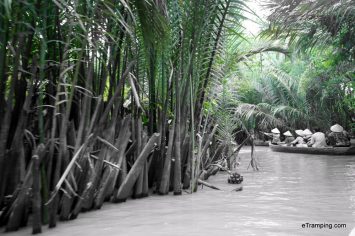 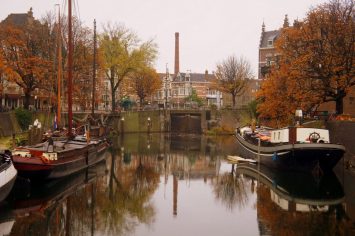