My first impression of Amsterdam

For some reason, I always wanted to visit Amsterdam. When I was planning my winter trip to some of the most interesting European cities such as Brussels, Berlin or Oslo, I had to include Amsterdam in my plans as well. This place was always intriguing me for being so open in relation to same-sex relationships, the legalization of soft drugs or prostitution. Unlike Poland, this country is by far one of the most liberated in the world. Would you agree?

I came to Amsterdam by a van from Poland. I arrived at Remi’s house at around 8 pm after exhausting more than 9 hour ride. Remi is a guy who I found on Couchsurfing, who hosted me for 3 nights. I was nicely greeted by him and his best friend he lived with – Menzo – the guy who made me believe nice guys still exist!

Remi was my third Couchsurfing host, who turned out to be an extremely friendly and a nice guy, who tried his best to spend as much time with me as possible. He was quite shy though, but after few hours he was talking more than me which does not often happen! ;-) Right after I arrived, he took me out and showed around the city.

It was freezing cold and we were walking down the street while Remi was describing every single detail of Dutch churches, galleries or museums. That was a very quick lesson of Dutch history and tradition.

What was my first impression of Amsterdam back then?

I was simply blown away by Amsterdam’s view at night. Here are a few shots to see how beautiful this city looks at night:

I couldn’t take my eyes of it! Beautiful, beautiful and once again beautiful!

Not only Remi and Menzo were kind and polite, but I found Dutch people very well-behaved. The staff in hotels/ restaurants/ bars and supermarkets are very friendly and happy. They keep asking you how are you, despite they are always in such a rush. Actually I have noticed Dutch people rush everywhere and they walk very fast, even faster than British I would say.

I also noticed how close neighbours are with each other. Remi told me there is a saying in Dutch language that “It’s better to have a close neighbour than far away friend”. So nice – you don’t really see that in many places.

You can’t really miss tourists who sometimes behave like a wild animals released on freedom from a cage. They keep walking the red street and make dirty jokes, spend hours in coffee shops to smoke weed or even smoke it in the street feeling like a boss. They make a lot of noise and make the city really dirty by dropping trash on the floor. For locals the soft drugs are pretty normal so they are not overexcited when they see them, unlike foreign visitors.

Amsterdam is a small city so there is not so much to see, especially in winter. There are few churches around, parks and museums, but I was missing the old market square or Christmas market like in Berlin for example (on the day I went sightseeing, most of the churches were closed). One day would be absolutely enough to look around, especially if you get one of the Amsterdam tours. There are plenty of shops for anyone who loves to do shopping (I don’t).

When I asked Remi what the traditional food of Netherlands was, he actually said “We don’t have a typical traditional Dutch food.” What I have noticed is that Dutch cuisine is not as sophisticated as the French or Italian. It consists of simple and succinct dishes such as stew with potatoes in the base, cooked and smashed potatoes, other vegetables, meat and fat.

Chips are a good treat for any occasion and eaten for lunch, afternoon tea and dinner. Only chips with salt or topped with mayonnaise, ketchup, onion and even a peanut sauce. I didn’t have any chips in Amsterdam as I wanted to eat them in Brussels at the Christmas market. Instead, I tried traditional Dutch Oliebollen – oily cookie balls filled with fruits and raisins.

I found a great and cheap place for having a piece of cake or grab a croissant called Rene’s Croissanterie, located on Damstraat 20, Amsterdam 1012 in the Red Light District. Easy to find, great and fresh baking served by a nice staff.

However, nothing could beat Oliebollen :-) which would be a perfect combination with a cold Heineken beer I guess.

For my lunch I always had some fish with mashed potatoes and salad. The other day, Remi took me to a cosy restaurant called Kam Yin (Nieuwebrugsteeg 10-12) where we had a proper dinner: Roti Kipfilet with a pancake and vegetables topped with a nice stew sauce. That would be my recommendation for a nice and cheap night out.

Amsterdam is full of locals and tourists who make the city so vivid and lively. People always do something – either ride a bike, stroll down the streets, go shopping or dine out in restaurants. Streets are occupied by active people which I found awesome!

Amsterdam is a very affordable place for both – holiday makers and backpackers. Dining out in local restaurants or bars can help you save a lot of money. Of course the rule is always the same – look for small local places to eat and avoid city centre areas. I did couchsurfing as I have mentioned before which saved me a lot of money. If you don’t overspend money in coffee shops and will be careful with souvenirs you can easily survive for less than €20 per day.

Amsterdam, as the rest of the Netherlands, is a place incredibly open to different points of views regarding religion or politics. People openly talk about topics that are taboo in Europe, and their views do not discriminate against others which I really liked.

Wherever I went to -whether it was a small local shop, a church or a gallery, people spoke English to me, which was a great surprise. It made my stay much easier ;-).

I know that 4 days are not enough to judge Amsterdam, but this was my first impression right after I arrived here and spent a few hours among Dutch people. I promised Menzo I will come back in summer 2013 or 2014 to hang around a bit and hit one concert of his favourite band – the Toppers. I will keep my promise, so Amsterdam – wait for me! 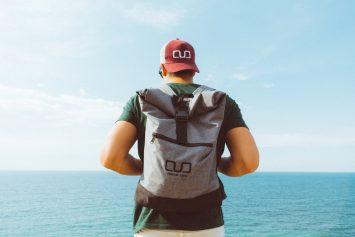 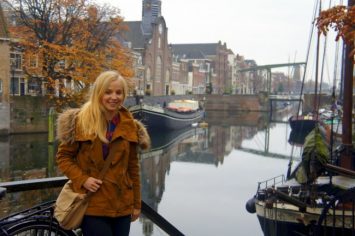 A Day In Rotterdam For Less Than $25 A Day 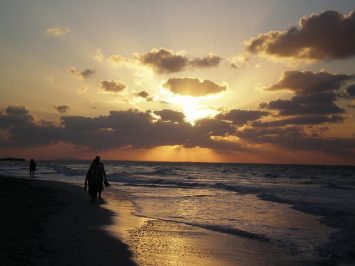 Exploring Varadero For Less Than 25 Dollars