Is Your Flight Delay Eligible For Compensation?

If a flight doesn’t leave departures within 15 minutes it’s considered delayed — and a flight delay of 3 hours or more could make you eligible for compensation.

First, let’s take a look at a few different reasons for flight delays and then talk about what that time is worth.

If aircraft crew are missing in action, relieved of duty, or otherwise unfit to fly, the airline will have to replace them quickly. Now and again, that proves difficult. It can take time for replacement staff to show up at the airport.

The most common reason for this isn’t salacious –all airline employees are limited to so many hours to ensure they get enough sleep. If they’ve been on the clock too long, say, for a previous delay –they’ve got to be swapped out with a fresh face.

If it’s the pilot, the shoes are bigger to fill. As a result, your flight may be delayed –and you could be compensated for the trouble.

Airlines often overbook each trip in case there’s a last-minute cancellation. If everyone shows up for their flight and there’s not enough room aboard the plane, the airline will request volunteers willing to consider taking a different flight.

If no one volunteers, a passenger will be selected at random and their flight leaves without them. And in just about every scenario where this happens, compensation is awarded to the unlucky passenger.

Even if you’re not denied boarding, the whole process can cause a flight delay.

For obvious reasons, planes must be maintained on a regular basis and unexpected issues can take more time to fix. If they take too long, flights can be delayed.

However, that doesn’t mean that you’re liable to eat the cost when delays tangle up your travel plans. Aircraft maintenance and upkeep often result in airlines being liable to pay compensation to passengers

If they wait too long, their choice to delay the flight can have negative consequences for everyone aboard; connecting flights can be missed and travel plans may suffer.

In some cases, this kind of delay can make passengers eligible for flight compensation.

A single aircraft is allowed on the runway at a time, and small delays for each departing plane can accumulate. As a result, planes can be stuck waiting minutes, or hours, to take off.

When runway congestion leads to travel complications, it’s possible that you’ll be compensated for your trouble.

Another reason why a flight gets delayed may be that it’s taking longer to load cargo than expected.

To maximize their income, airlines often carry more than passenger luggage; they’ll also be moving goods for logistics companies, mail, and more. All of which must be weighed to ensure they don’t exceed their maximum takeoff weight.

Weighing and moving cargo takes time – sometimes too much time, and delays can result. Delays that you can be compensated for.

This kind of flight delay pertains to a wide set of conditions, such as air traffic, loading times, or maintenance. Problems at another airport can affect the expediency of your takeoff, too.

And again, that isn’t your fault. When the National Aviation System lays the hammer down and causes delays, you can be compensated by your airline.

So, What’s Your Time Worth?

The amount of money an airline pays out for flight delays will vary based on the length of your flight, and how long the delay was.

And the good news? You can get flight delay compensation retroactively for flights as far back as six years!

Flight delays over 3 hours are eligible for the following compensation in the European Union:

The European Union isn’t the only group of countries that have set regulations that protect passengers –Canada recently introduced similar rules for airlines, and other countries around the globe are following suit.

In order to save yourself the leg work of doing research on your own, we recommend filling out this questionnaire to find out if you’re eligible.

Cez Krol
I’m always positive and never bored – there’s just so much more to see and experience! I began my journey around the world in 2011 with just $400 and one-way ticket to Asia. Still going and blogging today. You can typically spot me working on a laptop or rock climbing.
Do you want to contribute?
Publish your guest post on Etramping!
PrevPrevious7 Day Slovakia Itinerary in Winter
Next7 Most Beautiful Places in SwedenNext 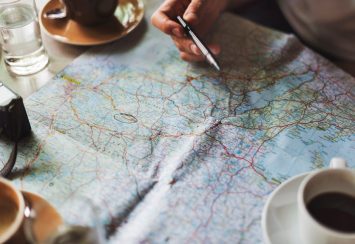 4 Tips for How to Save Money to Travel Long-Term 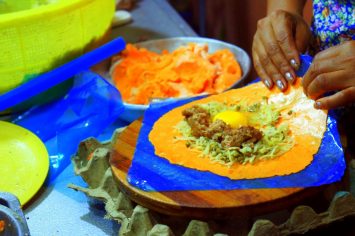 1 thought on “Is Your Flight Delay Eligible For Compensation?”