The Camino is quickly becoming one of the Must Do outdoor activities in Europe. The ancient 800km trek from France across Spain offers something for everyone, religious or not. From sweeping vistas to sleepy villages, The Camino is an amazing way to explore Spain while taking part in an epic hiking journey. Unfortunately, with its popularity rising The Camino is becoming more and more expensive. Yet it is still easily affordable to those with some budget sense. In fact, the savvy backpacker could easily manage the route on $25 per day as long as they consider the following tips:

Staying on budget means you will need to seek out the cheapest accommodations as you walk. Municipal albergues – hostels for only those walking The Camino – are generally the cheapest. We planned our days around their locations, walking specific distances in order to end up at the cheapest albergues. It takes a bit more planning but it can save you a lot of money in the end. For the first 700km most municipal albergues also have kitchens which is a double win. Unfortunately, for the last 100km the municipally-owned hostels don’t reliably have kitchen facilities so you may want to hunt out private albergues that do.

Cooking along the Camino is the #1 way you will save money. Shopping at grocery stores is significantly cheaper than eating at restaurants, and you can usually get more food for your money. Vegetables are generally accessible along the way, and when combined with something you can carry with you for a few days (rice, pasta) you get a nice budget meal to sustain your stomach and your wallet. Bring a plastic container so that you can carry leftovers with you for the next day, and you’re on your way to saving some cash.

Many restaurants advertise a menu just for pilgrims, aptly titled The Pilgrim Menu. It is usually an appetizer, meal, dessert, bread and wine that costs between €8-10. If you have to eat out then this is obviously a good deal, though don’t get your hopes up about the quality of the food. Generally, I would recommend you avoid the pilgrim menu as €8-10 for ONE meal takes a huge bite out of your budget. As an occasional indulgence? Sure, dive in – just don’t make it a regular habit or you will be hard pressed to keep on budget.

Carry Your Own Bag

Some (generally older) pilgrims have their bags carried ahead for them by one of the many transportation companies on The Camino. This lets them walk with ease, saving the hassle of carrying a 6-10kg bag. Sounds nice…BUT it costs €4-5/day for this service. Obviously, anyone on a budget will want to forego this and carry their own bag. The vast majority of pilgrims do carry their bag, as many believe it to be an important part of The Camino itself. So, make sure you pack light. With a light and well-fitting bag you will have no incentive to pass on your bag to a courier, and thus no incentive to waste your money!

Walk in Your Boots

Blisters are almost inevitable on the Camino, however you can significantly reduce their occurrence by wearing proper footwear that has been broken in. Doing so will dramatically reduce the chances of you getting blisters and thus having to spend time and money treating them. Having proper footwear will also mean you wont need to buy new footwear en route to Santiago. My partner Christine ended up with some vicious blisters and had to buy new shoes AND sandals, and we met many other people who had to do the same. Pharmacies charge a premium for foot care products along The Way because they know people will need them. Save yourself the pain and the cost – break in your footwear ahead of time!

The budget traveller will be spending €10-15 euros per day on food and accommodation, with the remainder being put toward medical supplies and/or lost items. Factor in the occasional indulgence and you are still looking at a trip UNDER $25 per day. So what are you waiting for, pilgrim?

Chris is the less­ attractive half the the backpacking couple from Lessons Learned Abroad. Straight edge, vegan, Buddhist, and balding, he is presently roaming the globe on a budget with his partner Christine in search of adventure, vegan snacks, and the art of being human. For backpacking advice, calamitous tales, and philosophical reflections on the world of travel you can check our their blog find them on Facebook. 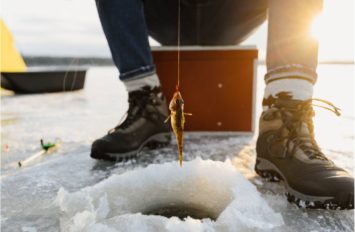 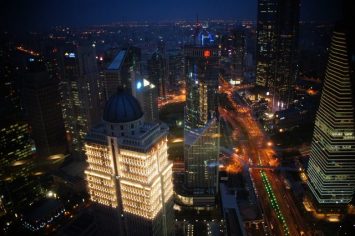 21 thoughts on “El Camino De Santiago: Walking The Camino On $25 A Day”