Tokyo Skytree Tower – Is It Worth It?

During our last visit to Tokyo, we were recommended to get to the top of the Tokyo Skytree Tower – one of the touristic highlights o the city. Its height of 634 meters makes it the tallest building in Japan and the second tallest structure in the world at the time of its completion. Thus, it is considered to be a must visit spot in Tokyo.

The Tokyo Skytree consists of two observation decks that are believed to provide tourists with a magnificent view out over the city.

One desk is located at heights of 350 and the other one of 450 meters, which makes them the highest observation desks in the whole country, but not in the world (See our post about Burj Khalifa). Both observation desks, Tembo Deck and Tembo Gallery, offer visitors a panoramic views of Tokyo.

Moreover, there is a souvenir shop and a restaurant located in the middle floors that serves traditional Japanese dishes and wine.

The Tokyo Skytree entrance is located on the 4th floor of Tokyo Skytree Town that can be easily found between Tokyo Skytree Station and the Tobu Isesaki Line if you take metro. It can be also reached by direct buses from Tokyo Station and it takes approximately 30 minutes and it costs 520 yen/$4 one way (there are 2 buses running every hour). If you are trying to reach it from Haneda Airport then the ride takes 50-70 minutes, costs 920 yen/$7 and there is one bus running each hour.

Is it worth it?

In my opion NO!

I had a chance to get to the top of the Skytree Tower at night, around 8 pm. The queue was much shorter than I expected and I was taken to the first, then second observation desk by the elevator.

Being on top was one big fight to get to see anything. I was squeezed by other tourists when trying to see the panoramic view of Tokyo. Taking pictures was extremely difficult with such a crowd of people.

The view was, well… disappointing. After reading so many reviews of how breath-taking it is going to be, my expectations were pretty high. As it turned out, the view of Tokyo was very average. Still nice, but to be honest, nothing worth the money I spent. The night view of Shanghai seen from the top of Shanghai Tower was even better when compared to what I experienced in Tokyo.

Although my night experience at the Tokyo Skytree Tower did not come up to my expectations at all, I wonder if it would be the same if I came there during the day. Who knows…

Have been to the Tokyo Skytree Tower? How did you like it? 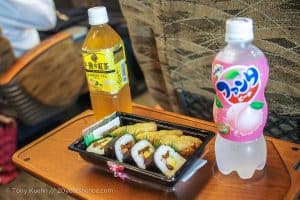 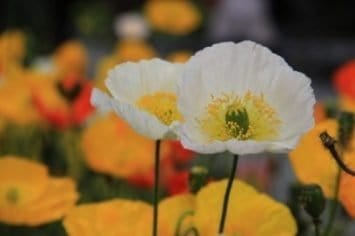 34 thoughts on “Tokyo Skytree Tower – Is It Worth It?”