The Kingdom of Saudi Arabia has a rich history to share with the rest of the world. Riyadh is the main financial hub and capital of this diverse country. It is also known as the cultural center of Saudi Arabia.

This guide will take a closer look at some of the most popular historical sites you can visit here. These sites are only a few of the many you’ll find in this country with its rich historical heritage.

Read on and investigate the great sites for those who love to visit and immerse themselves in amazing countries of the world.

In the heart of the old center of Riyadh stands the Al Masmak Fortress. “Al Masmak” means a high, strong, and thick building. This enormous clay-brick and clay citadel is a proud reminder of the colorful and rich history of Saudi Arabia.

After living in exile in Kuwait, King Abdulaziz ibn Saud captured the fortress in 1902, and from there, he united the kingdoms of his country. By capturing this fortress, he also took control of Riyadh, which was his ancestral home and also the birthplace of the modern Saudi nation.

Al Masmak served many purposes during its rich history, from housing the garrisons that protected the city to an ammunition warehouse to a prison. It is divided into six main sections, which include the gate, the Mosque to the left, the well, and the four towers.

Today, this fortress contains a museum that is dedicated to the history of the unification of Saudi Arabia. By visiting this impressive building, you will learn a lot about the origins of this country.

Many people travel from Dubai to Riyadh to see this historical site. The Al Rajhi Grand Mosque in Riyadh is considered an architectural wonder and is the largest Mosque in the city. It is also one of the most important Islamic institutions in the city and can be seen from afar.

With the beautiful architecture and the overall imposing presence, this is a great historical place you just need to visit., especially if you intend to view the various mosques around the world. The Friday prayers are translated into seven (or more) languages while the hearing impaired can see them on multiple monitors in the area.

This striking Mosque has a huge prayer hall that is illuminated at night with a large prominent dome on top. The two minarets on top of the Mosque are visible from miles away, especially when you are on your way to the airport.

Inside, you will find two huge libraries, and you can also attend courses in the forensic sciences – right there in the Mosque! An automated utility system makes it easy to find what you are looking for in the Friday bazaar, especially nice leather goods.

The Al-Murabba Palace was built in 1356 AH; what is significant about it is that it marks the first expansion outside the old city walls. Late King Abdulaziz ordered the construction of this historic building and moved in even before it was completed a year later.

It took about ten years to complete the palace and it has a beautiful architectural design that dates from that time of history. This historical building was created in the traditional Najdi style, which can be seen in the straw bricks used to build it.

Geometric motifs were engraved and adorned the palace’s walls to give it an authentic look and display of history. This former royal palace is worth a visit, and restoration is being done to preserve the original style.

The Palace of Al-Murabba is surrounded by the historical Center of the King, which is built in a more modern royal style. This center, with the palace in the middle, is seen as the cultural heart of the modern city of Riyadh.

This historical site used to be one of the largest cities in the history of Saudi Arabia but was destroyed in the early 19th century. This destruction happened during the year-long siege where the Ottomans and the Saudi armies fought each other.

Diriyah is now a very popular Middle Eastern tourist destination where the original city, made entirely of mud and clay, can be seen. This old city, which was the first capital of Saudi Arabia, can be found about fifteen kilometers outside Riyadh.

This once-beautiful city was the home of the royal family before it was destroyed, and included the Saad bin Saud Palace. The palace was famous for the courtyard used as a stable and is one of the largest structures on the site.

This historical city – with all that is included in it – is now a UNESCO world heritage site and has been restored to preserve it. Many new projects are being undertaken to improve it further and make it even more attractive for tourists from around the world.

You will find many interesting places here, including gorgeous parks that can be visited at your leisure.

Near the Al Masmak Fortress, you will find the Deerah Gold Souq, also known as Al Thumairi Souq, a MUST VISIT for visitors to the city. This place is also the largest camel market in the peninsula and promises to be a very interesting experience for those interested in the rich culture of Saudi Arabia.

This marketplace in Riyadh is famous among locals and tourists for the beautiful, authentic antique items you can find. If you have not visited this richly historical and cultural site yet, you are not done with the historical sites of Riyadh.

This should be your final stop in the old part of the city after visiting the other sites to complete your tour of the city. With many traditional items and souvenirs that can be bought here, you can take a piece of the history of this city home with you.

It is famous for the antiques and gold souq areas that can be found here, and so worth the visit.

These are only a few of the many great historical places you can visit in Riyadh to give you a taste of the rich history. With all the interesting places mentioned here, you will not be left wanting anything – there’s something for everyone. 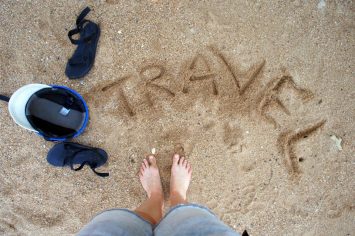 7 Things to Do Before You Travel 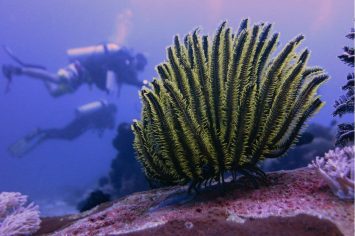 Diving In Southeast Asia: A Backpacker’s Experience In Indonesia