In today’s post, Will of Going Awesome Places is sharing with us his top budget travel tips on how to explore Shanghai for less than $25.  Who is Will? Since quitting his consulting job he’s been traveling the world and along the way writing about his epic adventures and taking amazing photos.  During his time, he spent one month in China and has previously written his own top 10 for Shanghai.  His true passion lies in telling stories, inspiring others to travel, writing detailed trip itineraries for others to follow and providing helpful tips and tricks to travel better.  You can follow him on Twitter, Facebook, YouTube & Instagram.

Shanghai is many things. It’s a model city for lightspeed growth and progress – it’s one of the most forward thinking cosmopolitans in the world. It’s a city rich with nostalgia with colonial days gone past. It’s a city that never sleeps with it’s vibrant nightlife. It’s also a place for amazing foods whether you enjoy the gritty alleyways or opulent Michelin worthy restaurants.

There’s a lot happening in the city with lots to see, do, buy and eat. What’s beautiful about Shanghai is how easily you can do all of this on the cheap. And if you know your way around, there’s so much in the city that can be taken in for free.

So let me take you through 24 hours of what you could do in Shanghai for less than $25. With this itinerary, you journey through ancient times and eventually transport yourself into modern Shanghai.

If you’re just arriving in Shanghai, you’ll probably be dealing with some jetlag so what better way to cure it than to start your day early and head over to one of the must-sees in the Yu Garden Bazaar area. This is a great area to get a glimpse into architecture from the dynasty periods but also be able to roam around and check out touristy souvenir shops, have some local foods and check out wholesale markets.

To get there, go to your nearest Metro station and head over to the Yu Yuan stop on Line 10. Once there, follow the signs for Yu Garden and a short 5-10 minute walk. Your best bet ticket wise is to buy an all-day travel pass for 18 RMB = $3.

Head into the heart of Yu Garden Bazaar and you’ll find a zen and charming area made up of pavilions and a zig zagging path overtop a pond full of Koi fishes. Nearby, you’ll see a pavilion building with a bunch of people lining up in front of it. This restaurant is called Nanxiang Steamed Bun Restaurant and this is where you’ll be able to try out Shanghai’s famous soup dumplings (xiao long bao). These aren’t your normal dumplings. Instead, they’re a small steamed bun consisting of a thin flour skin with pork filling that is surrounded in soup as it’s steamed in its bamboo basket.

The reason why you’re here this early is because prior to 9AM, the queues aren’t that long. Past 9, the tourists start rolling in and the line up can easily get up to an average of 1 hour. The commoner way of doing things is to just queue on the ground floor to grab some soup dumplings to go. I love coming here to soak in the experience, watch the guys make soup dumplings behind the glass. The soup dumplings themselves are deliciously juicy, fresh and most importantly thin skinned which is what makes it so delicate.

For a grand total of 20 RMB = $3.50, you get 16 dumplings. Don’t forget to grab some vinegar as well which complements the dumplings quite well.

After you finish your dumplings, it’s time to soak in the temples, pavilions, the Koi fishes that swim in the pond below, try out local snacks, buy kitschy souvenirs and people watch. The key here is to just start roaming around. There’s the main area landmarks but don’t be afraid to explore the side streets and the nearby wholesale market.

Cost-wise, you might spend a few bucks on snacks and souvenirs but it’ll be a few bucks at most. You could even find yourself buying a new pair of Crocs for 35 RMB = $6…who knows!

Okay so you’ve now gotten a glimpse of Qing Dynasty architecture turned uber touristy, it’s now time to go artsy and explore a neighborhood set in a time when the French occupied a concession area of Shanghai.

Inside is a labyrinth of alleyways and dead end streets containing small craft stores, coffee shops and trendy art studios. So don’t be fooled. On the outside, it looks like a well preserved community from the 1930’s in Shikumen architecture but in fact it’s become a hipster, trendy spot.

What I love about this place is that although you can say it’s touristy now, it has preserved its residential feel with electricity cables strung overhead, air conditioning units outside of buildings, clothes out to dry and bicycles leaning against house doors.

To get here, get connected to Line 9’s Dapuqiao station which is just immediately south of Tianzifang.

So again, explore the area, grab a coffee if want to chill or buy funny Chairman Mao souvenirs.

After all that walking around, you’re probably going to be starving for lunch so we head over to the heart of Shanghai – People’s Square. Take the subway from Dapuqiao to People’s Square from Line 9 to 8.

There are cheap eats galore and another place I recommend is Yang’s Fried Dumplings (720 Nanjing Road East near Guizhou Road). Now these dumplings are different from soup dumplings. They are more buns than dumplings but crisped on the bottom to give a nice crunchy texture to it.

There might be a bit of a line but I’d suggest you grab a seat inside, order a set of 4 fried dumplings for 4 RMB = $0.70 and if you’re feeling super hungry, get bowl of pork wonton for 7 RMB = $1.20. Can’t beat that right? Just be careful when biting into these piping hot dumplings when you first get them because they will burn your tongue. The way you eat them is to take a small bite out of them, let it cool, start sipping the soup and then eat the rest of it.

Feeling thirsty? Grab a bubble tea along the way. There are numerous chains in Shanghai but my favorite is definitely CoCo. If you’re looking for something refreshing, their Kumquat tea is great or if you want to go for something classic, get the milk tea with tapioca. Comes out to about 9 RMB = $1.50.

As you make your way to Yang’s, you will notice that Nanjing Road East is actually a pedestrian only street. Big shops, malls and restaurants line up the streets. You can pretty much just walk along this street and head eastwards. There’s nothing that particularly stands out here other than the bright neon lights at night and more big name stores. So if you have a shopping itch, this is your place to go nuts.

Keep walking until you reach…

At the end of Nanjing Road East is the Bund. The Bund is waterfront area that stretches along the western bank of Huangpu River and is regarded as the symbol of Shanghai for hundreds of years. This boardwalk allows you to take in the sweeping panoramic views of the huge skyscrapers that dominate the Pudong area of Shanghai. Turn around and you get incredible views 26 various buildings of different western architectural styles including Gothic, Baroque, Romanesque, Classicism and Renaissance from a time when the British and Americans had settlements there.

Hopefully by this point the sun will be making its way down and you’ll be able to see the lights start coming on from the Pearl Tower to the super skyscrapers of Shanghai Tower, Jin Mao and SWFC.

Sit down, relax and watch the hoards of tourists (you’ll just have to get used to this fact everywhere you go in Shanghai) and take a few photos.

To close off the night, walk from the Bund to the nearby restaurant called Shanghai Grandmother Restaurant. This is a Shanghainese restaurant with many classic dishes to try including drunken chicken, stringbeans with sweet potato and fried salted rice sticks. They also have an English menu so that should make things easier. I urge you to try different things! Dinner here runs up to an average of 50 RMB = $8.72.

One thing to note is that they are cash only.

Quoted from their page, “The dorms are praised for having ‘comfy beds, individual lights, power outlets and shelves’, while the large common area ‘is always extremely social and very easy to meet people’ in.”

I would recommend staying at this hostel located near metro line 3 at West Yan’an Road station. It’s a bit far from the city but with a metro system that can get you anywhere, it’s honestly not a big deal. It’s also the highest rated hostel on Hostelworld. Dorm rooms are available for 60 RMB = $11

Okay fine so it’s not $25 exactly but not too shabby right? Bottom line is that it’s totally possible to have a thrifty day in Shanghai while seeing a lot of the main sights and have some delicious food while you’re at it!

What has your experience in Shanghai been? 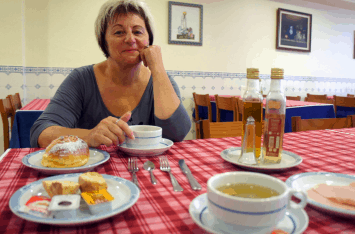 Taste Of Portugal: Top 5 Dinner Options On The Cheap 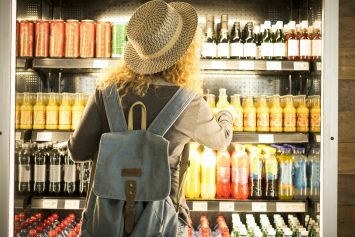 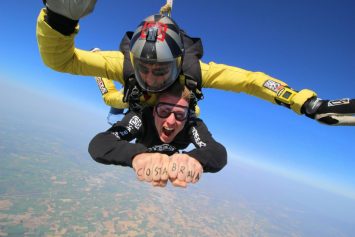