Melbourne For Less Than $25 A Day

Melbourne is commonly referred to as Australia’s most-European city. While a traveller coming from Europe might laugh at this, anyone who has visited the rest of Australia will no doubt understand why people say this; the cool-temperate weather, the laneways dotted with cafes and the prominent arts scene all contrast with the sun-soaked beach-loving Australiana image of other cities.

One aspect where Melbourne (and Australia generally) does compete with Europe however is in terms of cost; despite being an island just south of Asia (or an extension of Asia, depending who you ask), traveling in Australia can really hurt the hip pocket. But Melbourne can be done for less than $25 a day – and we’ll show you how!

First thing’s first – sleeping arrangements. A quick search will find that the cheapest accommodation in Melbourne is to be found at the Nomad’s All Nation’s backpackers near Southern Cross Station, at $21 a night for a bed in a dormitory. This already takes up most of the budget, so the best way to save money on this is to go CouchSurfing – although don’t forget to read all about the concept of CouchSurfing and check that it’s suitable for you. Most of the other expenses will be food-related. Unfiltered tap water in Melbourne considered safe to drink, and there are refill taps and drinking fountains all around the city, so fill up a bottle before you set out! Try to base yourself near the city centre to save money, and wear comfortable shoes as we’re walking a lot today!

Begin with a Nutella crepe for breakfast ($5) from Roule Galette in Scott Alley, just near Flinders Street. This cute little French crêperie is très Melbourne – laneway setting and all! If you’re really pinching pennies, you could go down the road to Breadtop on Elizabeth Stret near the corner with Collins Street for croissants and buns for less than $2.50 a piece. Head to RMB Cafe in Degraves Street for that famous Melbourne espresso ($3), and soak up the atmosphere – the Degraves Street ‘scene’ is all part of the experience!

When you’re done, cross the road and wander up Centre Place, poking around the hidden shops (don’t forget to look up – many stores and bars are upstairs above the cafes and accessed by a nondescript doorway on the side). Sometimes there are jazz musicians performing at the end of the street (more likely on weekends). Meander your way back to Degraves Street, then through to Flinders Street. Turn right towards the corner of Elizabeth Street, then take the pedestrian subway under the railway to reach the Yarra River. Directly in front of you is the spectacular Eureka Tower, one of Australia’s tallest buildings, completed in 2005. Turn right and walk along the riverfront, until you get to the second bridge. Along this bridge are glass panels which list the various nationalities represented in Melbourne’s multicultural population. See if you can find yours!

Once you’re on the south side of the bridge, known as “Southbank”, turn left and walk towards the Arts Centre, the Eiffel tower-esque mesh building on St Kilda Road. When you reach it, continue walking out of the city centre, and on the right is the National Gallery of Victoria (NGV International) with some free collections of international art. Across St Kilda Road, and a bit further down is are the Botanic Gardens and the Shrine of Remembrance (both free) – a stroll around either or both is a perfect way to see out the morning.

Walk back along St Kilda Road to Federation Square. Opposite the square is Lord of the Fries, a Melbourne institution – get Vietnamese, Indian or Belgian sauces slathered all over your chips ($6.20 for a regular). Sit in the square and tuck in! Next, walk around Federation Square, taking in the free NGV Ian Potter Centre (Australian art) and ACMI (the Australian Centre for Moving Image; a museum of cinema and television, also free).

Opposite Federation Square is the beautiful St Paul’s Cathedral – free to walk through and enjoy. When you exit the cathedral, directly in front of you is the facade of Flinders Street Station, a Melbourne icon. On the other corner is Young and Jackson’s, Melbourne best known pub, and home to Chloe, a locally famous nude portrait which has been hung here since 1909.

Get on the free City Circle Tram (anticlockwise direction) outside the pub, and use it as a hop-on-hop-off service (there’s commentary onboard) – you’ll pass by the Victorian Parliament and a couple of other notable buildings before reaching the State Library of Victoria. Hop off here, walk inside (no large bags allowed), and check out the spectacular dome in the La Trobe Reading Room upstairs.

By now it should be getting later in the afternoon, so walk back down Swanston Street towards Flinders Street, taking in the sweet stores of the Greek Precinct (down Lonsdale Street on the left), the color and action of Chinatown, (on Little Bourke Street to the left), and the shopping heart of Melbourne in Bourke Street Mall (to the right). Finish up with dinner at Crossways, the Hare Krishna mission restaurant on Swanston Street near the corner with Collins which serves up delicious vegetarian meals for $7.50. If it’s summer, head down to Brunettis on the corner of Swanston and Flinders Lane, buy a gelato with your last few dollars and enjoy it in Federation Square as the sun sets. If it’s winter, head back to the Greek Precinct and you should have just enough cash left to indulge in a coffee or pastry!

Extreme budget travel for less than $10 a day? Go to Coles Central supermarket on Elizabeth Street and get ready to self-cater! If you stay a couple of days in Melbourne, buy enough groceries to last you and you’ll find it cheaper overall. Buy $2 croissant for breakfast, some bread rolls and cold meat for lunch and make sandwiches. 7 Eleven sell passable coffee for a dollar a cup, and you should still have near enough cash to fill up at Crossways for dinner each night!

UrbanDuniya is an online journal featuring travel articles, review and photography founded by Tim Blight. Urban denotes a local approach, whereas Duniya is an Arabic word for ‘world’. For more info, visit UrbanDuniya and follow Tim’s journey across the world on social media channels.

Animal Abuse in the Tiger Temple

Best Binoculars Made In Usa 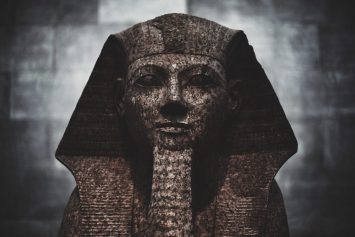 Visiting Egypt Has Never Been Easier