North Korea (aka DPRK) is a country that often appears in the headlines. We hear about their nuclear weapons, the antics of their leaders, and their military confrontations with South Korea and the US. But we never hear about what ordinary life is like for its people, what its cities and natural landscapes look like, or how its cuisine tastes.

Going on a tour to North Korea, like we have, is a rare opportunity to experience such a normal side to the country, and see first-hand that there is so much more to North Korea than what we are exposed to in the news. And not only that, it’s fun and fascinating. There really is no other travel destination in the world like North Korea. So to raise more awareness about tourism to North Korea we’ll be drawing upon our experiences in the country to regularly produce North Korea-related that is divided into 3 sections:

If a topic is not linked it’s because we are still writing that particular piece. Check back again soon.

FAQ about traveling to North Korea

Here, we will start with some of the very basic questions and must-know facts about tourism to North Korea.

Can I really travel to the DPRK? I got the impression it was difficult to get a visa.

We don’t know where this misconception came from, but it is really easy to travel to North Korea as a tourist. Basically, every nationality can travel to North Korea on a tourist visa. The one exception is citizens of the Republic of Korea (ROK; South Korea). ROK citizens are forbidden by both their own National Security Law and the North Korean side from traveling to the DPRK without special permission from the South Korean Government.

For everyone else, it’s a simple matter of finding a licensed tour operator, filling out a form and putting down a deposit. Everything is handled by the tour operator after that. Visas are not stick-in visas—they come printed on a separate piece of paper— so your passport doesn’t have to leave your house. They only take two to four weeks to process and are almost never rejected.

Although tourist numbers are still not as high as its neighbours, the number of tourists traveling to the DPRK each year may surprise you. North Korea gets over 100,000 Chinese tourists a year. Tourists from other regions, mostly Western countries, number about 5000 a year, and include a high proportion of US citizens.

But what’s the catch? Aren’t you just taken around by government minders who monitor you and show you only “fake” sights to give you a good impression of the country?

This question is a little more complex to answer because there is a grain of truth to the assumptions behind it. It is true that while on a tour to North Korea you are accompanied by two guides and one driver. But they are not “government minders”. They work for one of North Korea’s state-owned tour companies as guides and translators and are usually friendly, normal people who will become your good friends if you treat them like you’d treat anyone else.

In regards to what you get to see, it is true that you will have a set itinerary consisting of places that are pre-approved by the Government for tourist visits. But that doesn’t mean any of these places are “fake”, i.e. set up just to impress tourists. Rather, they happen to be for example monuments that the country has built for its own prestige or facilities that the country’s upper or middle class often use.

But … is the country safe? I always hear about people getting detained and things like that.

This is another misconception about tourism to the DPRK that is completely untrue. North Korea is a very safe country to visit, with low crime rates, and general social stability. Just like any other country, as long as you follow the law, you will be totally fine. Your tour operator will explain these rules to you before you set off, but none of them are too far from common sense.

Most tourists who were detained in the past had broken local laws regarding proselytisation (trying to convert people to your religion), through actions such as trying to give out religious pamphlets to people. Whether you think such laws are right or wrong is another matter, the fact is that these people would have known that such behaviour was against the law and that they were running the risk of being detained. Other people have been detained for tearing up their visas, stealing a propaganda poster, and other such acts that fairly obviously push the limits. To sum up, the country is safe, tourists are not detained arbitrarily, and as long as people use their common sense and obey the law they will be fine.

But is it really OK to travel to North Korea given what kind of a government it has?

This is another tough question, which is ultimately an ethical and therefore philosophical one. In the end, only you can decide for yourself whether going to North Korea on a tour is morally right or wrong. You should give the question some serious thought, and consider it in light of some of the following facts.

North Korea certainly is ruled by an authoritarian government which restricts its people’s freedom and feeds them propaganda to maintain control over them. But part of how this dynamic works is that it requires North Korean people to be isolated from the outside world, which is portrayed negatively as a source of evil and decadence in North Korean propaganda. Thus tourism can have a positive effect by allowing local people who overcome these negative stereotypes and come into contact with new ideas which they otherwise wouldn’t.

Also, while some of the money tourists spend may go to the government, part of it also goes towards bettering the livelihoods of local people. These include people who work in facilities that tourists use and their families. And the flipside to this is the question of whether it is fair to allow people to be poor and isolated just because we disagree with the ideology of their government.

These are complex questions indeed, and we hope you’re beginning to get a feel for that!

In conclusion, there is a lot more to North Korea than meets the eye. We urge you to reconsider some of the preconceptions about the country and approach it with an open mind. Our future North Korea-themed content will continue to build upon this to explain more about North Korea and North Korea tourism in challenging and interesting ways. We look forward to sharing more with you soon!

How to get to North Korea?

You have to travel with an authorized travel agency. We recommend Tongil Tours with whom we travelled. Before we chose the right company to go with, we have done an extensive research ourselves. Tongil Tours is the only agency that has a strong academic focus, and cares more about educating visitors about all aspects of the DPRK than the profit. It’s still a start up with a clear goal of bridging the gap in communication between North Korean locals and foreigners. 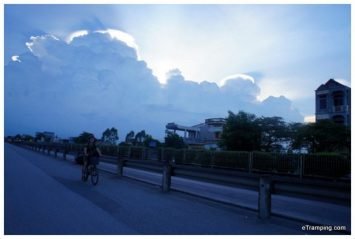 Photo of the Day: Amazing Sky 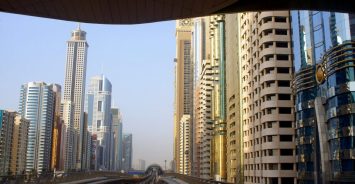 First Impression Of Dubai In Pictures 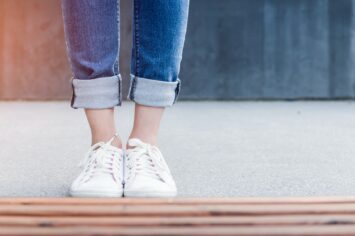 Best Shoes for Standing All Day