The Best Buildings in Barcelona

Barcelona is credited as one of Europe’s most beautiful cities, renowned for the location of some truly remarkable artistic creations that were designed and created and built by Antoni Gaudi. Gaudi can be credited as a shaper of modern architecture of the late 19th and early 20th centuries. The architecture was his art, the way he used shapes and color have created some of the world’s most recognisable works and iconic buildings. Gaudi was heavily influenced by geometry and nature.

No visit to Barcelona is complete without exploring some of Gaudi’s most outstanding works, Gaudi buildings such as Casa Milà, Parc Güell, La Sagrada Família and Casa Batlló. In fact, it is almost impossible not to miss it, particularly if you pass by Passeig de Gracia in Barcelona.

The genius of Gaudi transformed an apartment block, that was dark, drab and dreary into a cacophony of color, wonder and intrigue the addition of balconies, a gallery and ceramics to the exciting façade of the building, Casa Batlló and Gaudi’s talent pops out amongst the other architecture present along this road.

Cas Batlló is now a museum open to the public, inside you can see the redesigned rooms, how Gaudi transformed the interior, redesigned the staircase to let in the light and create ventilation in hot, humid Catalan heat.

Two additional floors were added to the original building and clad with ceramics depicting the skin of a dragon, a terrace can be enjoyed during the summer as concerts are played in the revamped modernist courtyards.

Gaudi’s work is scattered like a treasure hunt across Barcelona. The color and vibrancy of Gaudi’s work are no more evident than in Park Güell. Gaudi was commissioned to build a garden city and the site has been declared as a UNESCO World Heritage Site, open for visit by the public.

Parc Guell houses a building that was once home to Gaudi, the park itself contains stone structures, with beautiful colorful tiling and fascinating building, the dragon fountain that adorns the entrance to the park resonates Gaudi’s love of color, nature, texture and shape. The meandering walkway around the park feels organic and strangely natural and these natural shapes are echoed throughout all of Gaudi’s construction. As with most of his work, a view from the structure is as important as the view of the structure and the terraced area at the top of the park gives you a wonderful panorama of the cityscape.

Is probably one of the buildings that really encapsulates Gaudi’s love of the organic and natural shape. Known as La Padrera, (The Quarry) likened as its external façade resembles a quarry. Casa Mila was constructed as two apartment looked that have independent entrances, linked by a courtyard and a façade that covers both blocks.

The structure is made of pillars and open plan floor., this combined the ornamental and functional aspects of architecture. Casa Mila was Gaudi’s last civil work and his most innovatory as he combined his technical and artistic genius

Still under construction is possibly the most famous of Gaudi’s buildings. The unfinished basilica combines the Gothic with the Art Noveau. A true masterpiece, this amazing piece of architecture needs to be seen. 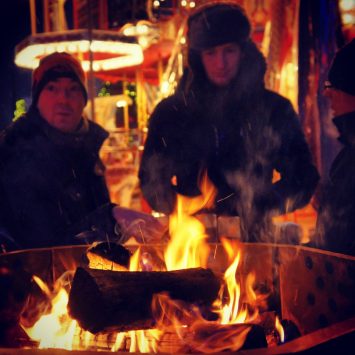 Free Things To Do In London: Borough Market 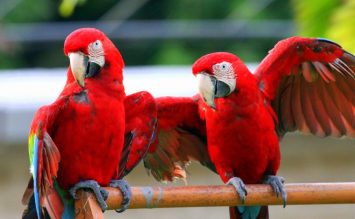 Exploring Venezuela for Less Than $50/Week 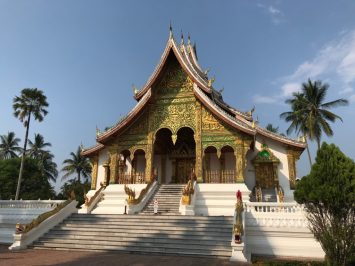 Luang Prabang Itinerary: What to Do and What to See

9 thoughts on “The Best Buildings in Barcelona”