The second stop on our Great European Road trip wasn’t a new one for me. We were going to spend three days back in Amsterdam. Amsterdam holds a special place in my heart. It’s a place which I’ll probably never be able to forget. Why? Because I spent two years living, studying and working here.

Before I decided that I was going to quit my job and begin a career as a full-time travel blogger, I worked and studied like everyone else. I created friendships. I explored local restaurants, cafes, and markets. For two years, Amsterdam was my home. Coming back here brought back memories of a time and a place I thought I had left behind.

This article is an ode to my memories of Amsterdam, but also a bit of a local’s guide to the city. Interspersed with my memories, you’ll find some tips and tricks to experiencing Amsterdam the way a local would. Enjoy!

One of the best things to do in Amsterdam is checking out the natural architecture of the city’s many houses – especially those lining the canals. Head to Damrak street to take an iconic picture of Amsterdam. Show it to anyone back home and they’ll know where you’ve been without you even saying. We took this iconic picture just outside of a Starbucks.

Sitting in one of my favorite cafes in Amsterdam – Bagels and Beans, I started to think about what my life has been like here. I thought that without a doubt, leaving was a tough choice to make. Back then, it felt like saying goodbye to stability and certainty. For two years I had worked to build up the life I wanted, but at the point, I left, I felt like I had failed.

I had just broken up with my then boyfriend, I wasn’t feeling exactly confident, and I wanted to be my own boss (and Cez’s haha). I mean, who doesn’t? Being your own boss means you can work the way you want to, without the stress of someone shouting down your back. The only thing which was pulling me back was the confidence issue. At some point – I’m not exactly sure when (it might have been one of the Skype calls I had with Cez when we talked about stepping up our blogging game) – I realized that if I didn’t take the jump then, I wasn’t going to take the jump ever.

Finding a New Place to Stay

The great thing about being back in Amsterdam as a traveler is that I didn’t have to stay in the same place as before. You can stay at some dorms from just 50 euro/night or decide, as we did, to make yourself comfortable at some good VRBO places for around 70 euro/night. It’s definitely worth staying near the center of the city if at all possible.

Transport around the city is around 7.50 euro/day, so don’t feel too bad about spending a little extra to stay near the center.

One of my fondest memories of Amsterdam is the food. I love it, you know that already. When you’re in Amsterdam, make sure to check out the city’s different culinary offerings whilst you’re there – ice cream, crepes, stroopwafels and Dutch candies!

Honestly, I had forgotten how appetizing the fruit shakes and raw vegan treats were. I think we all agreed that it was worth the trip.

A big shout out to Jessica and Sean of A Wanderlust for Life who treated me with some delicious (and healthy) fruit smoothies at Jack’s Juice & Kitchen! After a day of eating sweets, that is what I really needed!

You might not know it but Jessica has played a big role in my life when I moved to Amsterdam. Here is a short message I left on our Facebook page the day I met with Jess once again.

“For me, traveling is all about the people. Places do matter but the best memories are created by those who we meet on the road.

I met Jessica on one of my first days in Amsterdam 3 years ago. I just moved in the city with a broken heart and she was the one who brought a lot of happiness into my life and helped me heal.

We met again yesterday in Amsterdam. Both happy about where we are now, what we do and hungry for more adventures. That made me realize that quality, not the quantity, really matters when it comes to building up strong and unbreakable relationships with people. It’s nice to have a big group of followers/fans but when it comes to friendship, 1 real friend is sometimes more than enough!”

I also went for a meal with my old roommate, Alice! There’s nothing quite like having a catch up over some good food. We headed to a restaurant called SLA. It’s a healthy meal option, with salads and some more exotic options (such as Kimchi) available.

Cycle Around the City

Amsterdam is known for its plethora of bikes. In fact, there is allegedly at least one bike for each of the 800,000 people who live in the city. The city is almost designed for cyclists. It’s one of the most bike-friendly cities in the world!

Remember, in Amsterdam, if a cyclist hits a pedestrian, it’s always their fault. So, be careful if you decide to explore the city by bike. Similarly though, if you’re hit by a car whilst you’re on a bike, it’s always the car’s fault. It’s great to be back in Amsterdam.

Why not cycle over to the Amsterdam Museum? There’s no need to book in advance, and it’s open from 10 am to 5 pm at Kalverstraat 92. There’s also the Anne Frank house (which you’ll need to book up a few days in advance) and the Cheese museum (with the chance the taste some local cheeses).

One of the things Amsterdam is famous for is partying, right? Well, Cez decided to take advantage of that and see just how much the city lived up to its reputation. Of course, Cez isn’t really much of a drinker. It might be his history as a type of accountant, or it might be his age, but he just isn’t the “party party party” kind of person. A small, little thing like that wasn’t going to stop him from experiencing Amsterdam the way it’s meant to be experienced though. So one evening he got himself dressed up, mentally prepared, and he set off into the city.

The next morning? He was more hungover than I think I have ever seen him. Whilst he keeps telling me that he’s not going to ever drink again, I think it’s safe to say that isn’t true.

Remembering the Way Things Used to Be

Do I miss it? Of course, I do. It’s still one of my favorite cities in the world. When I left it last, I felt like I was starting something new. Coming back, I feel more confident than ever. Amsterdam will always hold a special place in my heart. Thank you for giving me the strength to become the person I wanted to. See you again, Amsterdam! 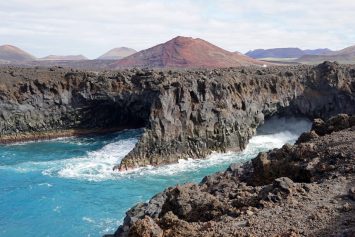 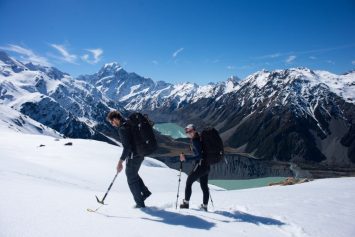 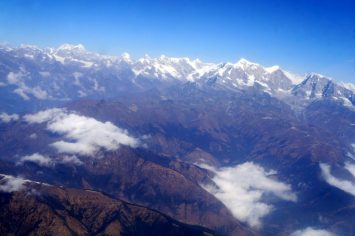 24 thoughts on “How It Feels to Be Back in Amsterdam”