What’s The Best Airport To Fly Into Glasgow

Glasgow is the Scottish city that jumps on every traveler’s bucket list. If you’re visiting this cultural capital of the UK, there are two international airports to check in. Glasgow Airport is the primary transport hub, whereas Prestwick Airport capitalizes on low flight fares and waiting times.

Today, we’ll compare them to pick the best airport to fly into Glasgow.

GLA is the second busiest airport in Scotland, earning the eighth position in the UK according to the number of passengers. It lies at a mere distance of 15 km from the city center. The airport offers an array of transport options, ranging from low-cost public transits to luxury car rentals with easy Glasgow airport parking that you can reserve in advance if you come by car.

The scaling at the airport lets you peek into vintage and vibrant culture, having two terminals and multiple floors. It attracts top-of-the-line global airlines, including Emirates, Air Transat, WestJet, and British Airways.

Getting to/from the Glasgow Airport

Besides renting a car or driving your own vehicle, there are four ways to reach the city center from the airport. The metro makes the most efficient journey. Nonetheless, your heavy luggage might favor a private ride.

The main terminal is full of world-class facilities. A refreshing spa, lounges with panoramic views, complimentary wifi, shopping centers, and eateries are a few to name. Once you get past the security at ground level, here are some activities to keep you entertained.

PIK is the auxiliary and fifth most used airport in Scotland. In fact, it has the largest land area. It serves the southern part of dominion in the surroundings of the Ayr. You’ll find a single boarding gate and relatively small queues here.

The airport has emerged as a base of budget carriers, such as Ryanair and Loganair. However, it’s over 50 km apart from Glasgow Central Station. But the dedicated railway station gives it a unique status.

Getting to/from the Airport

The economic vibes of Prestwick airport are sacrificed at the altar of a long distance to the city center. Even the fastest method of driving yourself takes 35-40 minutes. Car rentals are also as double as GLA here. Still, you have the following options at your disposal.

PIK is pretty straightforward to navigate. Its airy and bright terminal is located at the ground level. However, the simplicity doesn’t imply the lack of admirable facilities. The landside and airside areas are lined with eateries.

Glasgow Airport is hands down the best airport to fly into Glasgow. The Points Guy Survey 2019 declared it victorious in all of the UK, leaving behind Heathrow and Edinburgh. The main reasons are easy accessibility, cheaper parking, fewer flight delays, and top-rated amenities.

Prestwick, on the other hand, is a landmark. It balances the passenger traffic and suits those traveling to Ayrshire. International flights are also limited to Spanish and Portuguese attractions.

Where Glasgow Airport has direct transfers all over Scotland and England, coming to Glasgow from Prestwick can tease your brain.

Check out the latest flight deals for Glasgow, Scotland here! 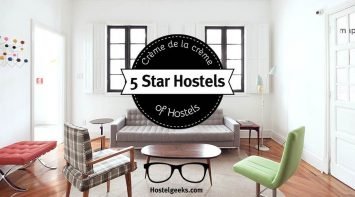 10 Things You Need to Know before Booking a Hostel 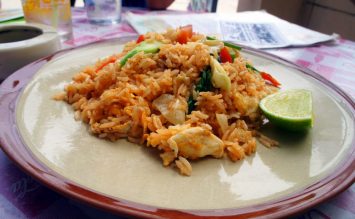 5 Tips For Getting Affordable Thai Food In Bangkok 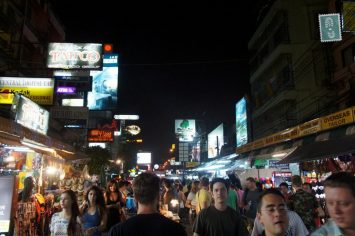 You Know You’re on Khao San Road When…