Reykjavik: It’s Quirky, But Is It Affordable?

Today, we would like to introduce Shing of  theculturemap.com to you, who is sharing her tips on how to explore Reykjavik on the cheap. She is a twenty-something year old with a relentless love for travel. She has worked as an English teacher in China, travelled through 5 continents and now works in travel. She blogs over at The Culture Map which focuses on London life, quirky museums, Scandinavia and the Arctic. You can connect with her via Twitter and Facebook.

If you lined up (not too neatly) all the brightly colored plastic houses from a game of Monopoly and took pictures of them, you would find a striking resemblance to Reykjavik. Only Reykjavik has more of an edge: surrounded by sea and strange geothermal energy – bubbling mud pools, open fissures, and hot springs – it’s a quirky sight to greet.

But to see all this, how affordable is a trip to Iceland’s capital city, Reykjavik?

Since Iceland’s dramatic financial crash in 2008, it has become more affordable for budget travelers to step foot on this small yet astonishingly diverse country (every cloud has a silver lining certainly springs to mind). Prior to that, the cost of a simple day of sightseeing was on par with the purse-shuddering prices of Norway.

“I didn’t think twice about jumping on a plane to Norway to see friends, but after the crash that all changed – the food, drinks and clothes – all of a sudden became staggeringly expensive”, said a young Icelandic woman.

Some people gauge how expensive a place is in terms of beer, but since I’m not usually a beer drinker I gauge the price of things in terms of a plate of food. I use this comparison because food is always my biggest expenditure and something I don’t like to scrimp on. Prices are similar to London in Iceland, they can be expensive but price-conscious meals can definitely be found. One of my favourite places to grab something tasty to eat is The Sea Baron, located by the harbour. Decorated in the style of a ship cabin, it offers a special dining experience. It’s nothing fancy, but it’s scrumptiously off-beat, and serves a small selection of local food starting from £5. Nobody should go without having lobster soup mopped up with a crusty, white roll.

Budget travelers can be rest assured that there are plenty of fun and free things to do in Reykjavik, and others which come at a reasonable price.
Exploring the streets of this Arctic city is proof that the best things really are free. Street art and sculptures sprawl across the city, and looking for it is the perfect way to unearth the creative vibe of this city. Fortunately, you won’t have to look very hard.

Window shopping along the main shopping street, Laugavegur, inevitably offers a few design tips for your own home, and an insight into Nordic aesthetics. It only takes a day in the city to realise Icelanders are effortlessly cool, and have a knack for making houseware appliances and furniture look like pieces of art. What’s more, this eye for design is all encompassing. They appear to have mastered the impossible: making practical clothing look sexy. The same is true for its nearby neighbours in Scandinavia. After many hours of people watching around Scandinavia I think I’ve discovered how they do it – there are a few simple rules to follow: No obvious logos, simpler the better (anything frilly appears to be fashion faux pas), and the liberal use of block colors, especially black, is well practised.

For a fine example of contemporary architecture, head over to the Harpa Concert Hall. It’s ‘honeycomb’ structure consists of a steel framework clad with geometric shaped glass panels of different colors. Located by the harbour it creates a kaleidoscope of color as it reflects the sun, sea, and elements of the cityscape. Harpa opened in August 2011, a seemingly bold statement to make during the midst of the financial crisis, I can’t help thinking it symbolises the mark of Reykjavik’s triumphant recovery following a few disastrous years. Even if you don’t have a concert to go to, it’s a spectacular building to visit, climb up the steps to the top floor and see the building from different perspectives.

For an hour of perpetual laughter, I suggest waltzing over to the Phallological Museum, it’s the only museum in the world dedicated to penises. Yep, that’s right. There are over two hundred and eighty of them too, in all shapes and sizes, from creatures great and small. There’s an entrance fee of 1,000 SK, that’s approximately £5, not bad for an experience you won’t find anywhere else in the word. The star of the show is a whale’s penis. You can’t miss it. Literally.

Reykjavik is a city with a great skyline, and you don’t want to miss the opportunity to see and photograph it. There are two options; one is free, and the other you have to pay. For the free view head over to the rooftop terrace at the Perlan, it’s good but it cannot compete with view seen from the top of the tower at Hallgrimskirkja Church. It costs 700 SK per person (roughly £3.60) , but I suggest paying the small charge because the view is phenomenal.

It would be a shame to go to Reykjavik without doing the Golden Circle Route, or at least a tour of Southwest Iceland, but hiring a car is often expensive for solo travelers or couples. I suggest getting in contact with someone from Reykjavik on Couchsurfing.com or Wayn.com and ask if they fancy cutting the cost of fuel on a daytrip away from the city. If you’re using VRBO it’s worth asking your host if they’d be up for some DIY touring too. The Golden Circle Route consists of three main areas – Thingvellir National Park, Geysir and Gullfoss, and there are a couple of smaller places that can be encompassed into the route such as Kerid Crater.

In peak times the Golden Circle Route can be very busy, so an exploration of Southwest Iceland’s lesser known geothermal thermal areas provides a worthy alternative. To feel like you’ve just landed on Mars, head over to Seltun and Gunnuhver, where you’ll find bubbling mud pots, thermal springs and fumaroles. They are less than thirty minutes apart by car and located approximately forty minutes away from Reykjavik. It’s also completely free to enter these places. 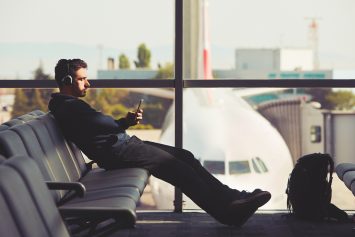 72 thoughts on “Reykjavik: It’s Quirky, But Is It Affordable?”