Xi’an, I will miss You a Lot

I arrived at Xi’an train station at 5 am. I was knackered after my nearly 23 hour train trip. I got to my hostel which was situated just the opposite of the Bell Tower. I had to wait at the reception desk for about 2 hours before I was able to check in. I left my luggage in the storage room and I was just about to start surfing the Internet when I saw a guy who was trying to get some information about HuaShan mountains from hostel staff. When he turned around, I approached him and asked how he was. We started talking. As he explained, he came to Xi’an for 3 days to climb up HuaShan mountains and of course explore the Terracotta Warriors. He asked me if I would like to join him and I was more than happy to do this. As soon as I checked in, we were ready to set off. The French guy seemed to be very good prepared for his trip. He knew where we could catch a bus from and how to get student discount for our tickets (you just need to say a Chinese word “Xuéshēng” which means “student” and show them any document with your photo). When we were queuing together to get into the bus (the queue was unbelievably long and we had to use French style to push in: smile and push people hard, don’t look back) we suddenly saw a couple of European people. They were Russian students who study Chinese at one of the universities in China. After a few minute conversation, they joined us immediately and this is how our unforgettable Xi’an adventure began! 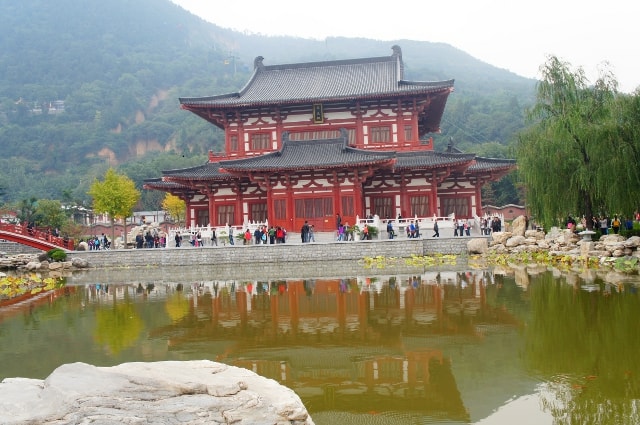 The first place we visited was Huaqing Hot Spings. The natural hot spings in this park were once the favourite treat of emperors and concubines during the Tang dynasty. We have been walking by for 2 hours amazed by the beauty of this place: trees, typical Chinese buildings, local people around selling some pomegranates and Chinese food, souvenir stands, Chinese temples, a river and a small bridge. Again, I was speechless and tried to take as many pictures as possible to make this moment last forever (see Xi’an gallery). All of us were like “Wow, I can’t believe my eyes”, “I’m not leaving this place”, “Is this place real?” Unfortunately, we could not stay there longer as the museum of Army of Terracotta Warriors was open till 7pm and this was our main sight of the trip. 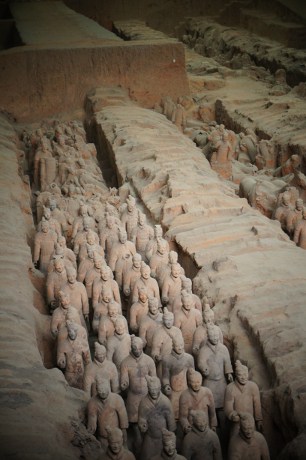 Chinese “Bingmayong” (The Terracotta Warriors) was something I was planning to see for ages. It looked impressive in the pictures I have seen on the Internet and the fact it is known as one of the eight wonders in the world made it even more interesting for me. I advise everyone who is planning to see this place to read briefly and understand the historical context of the warriors so that you can imagine that it’s all happening in front of you while looking at the soldiers (we called them “awesome dudes”:-) ). According to me, the most important historical facts are that the army of eight thousand life-size statues are made of terracotta (fired clay) and the Army is in the tomb of China’s first emperor Qin Shi and during the burial of the emperor in 210 BC the whole army was also buried under the ground. The Terracotta Army was to protect the Emperor and help him regain power in the afterlife. Figures were accidentally found by three peasants: Xinman Yang, Yang Yang Peiyan Peiman and while digging a well in March 1974. Each figure has individual characteristics, each face is different and presents different emotions. Moreover, men are portrayed in different positions have different weapons and styles. The legs of each of the sculptures are full, while the body and hollow head, which facilitated their transport and assembly. Among the figures there are also soldiers as medics and ordinary civilians. 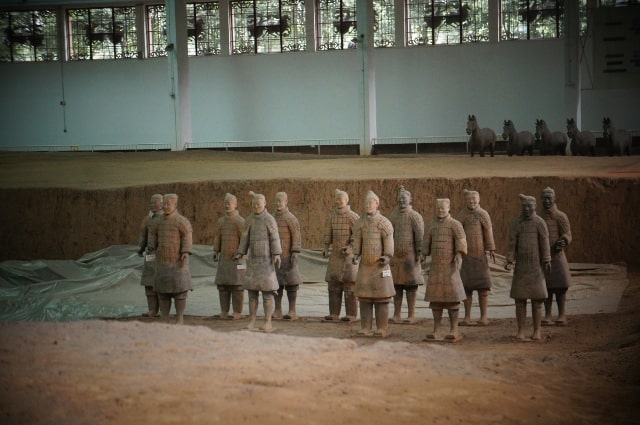 All figures were originally painted. Colors are preserved until the discovery in 1974, but after extraction of the air the color began to gradually disappear. Sounds impressive, doesn’t it? Before we got to the museum, we had to queue for ages to get our tickets. You couldn’t believe how crowded this place was. Chinese tourists were everywhere as it was National Holiday in China. We had to walk from the ticket office for about 10 minutes to finally get to the first pit. Accidently, we visited the site in reverse which enabled us to build up to the most impressive pit, which we found absolutely by accident, for a fitting finale. We started with the smallest pit, pit 3, containing 72 warriors and horses. It was a deep whole were soldiers were lying down on the ground. Next, we moved to Pit 2, containing around 1300 warriors, which is still being excavated. Finally, we got to the largest pit, Pit 1. It was full of people so we had to use “exit” to get in. This pit was the most imposing. The place looked like an aircraft hangar and there were 6000 warriors there, all standing close to each other. We were just standing there in front of these awesome dudes, almost crying as this moment was very special was us, no talking, just looking at them with such a respect and admiration. This is it. This is the place I was dreaming about going to one day. This is the history. This is real. Neither words nor pictures can express what I was feeling that day, that moment. Wow, unbelievable. We spent there all afternoon taking some pictures, talking about how amazing the Chinese history is and how magical this place was. The way back home was terrible. Queuing for more than one hour to get to the bus, spending 3 hours on the train due to horrible traffic jam, getting to Xi’an train station at midnight tired and hungry in the middle of the rain. But who cares! Every second in the Terracotta Warriors museum was priceless! 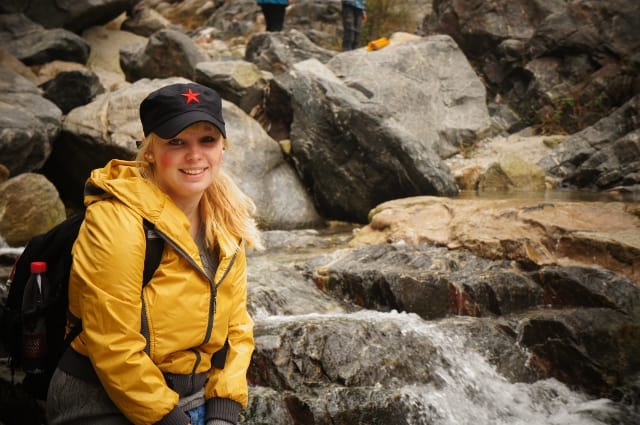 Next day, I set off with my Russian friends to HuaShan to climb the mountains. The French guy was climbing the mountains a night before with some local people to see the sunrise next morning. He wanted me to join him but I was too tired after all day sightseeing and needed some rest plus it was too crazy for me to climb up the mountains all night with no preparation and experience. So I decided to join my friends and go there early in the morning. HuaShan is considered as one of the Taoism’s five sacred mountains. The scenery was spectacular. Each summit offers transcendent panoramas of green mountains and countryside stretching away to the horizon. The place was very quiet so everyone felt like we were so close to nature. The scenery was sublime. Fresh air, amazing stones with some Chinese characters on and extraordinary waterfalls (see the gallery). Unfortunately, we didn’t manage to get to the top as it was too late and we were too far away from it. I far as I remember we got to the second peak out of 5. The queue to the cable car was far too long. However, the French guy managed to do this and we have seen the pictures. We were a little bit jealous but who knows, we might go back there next summer and finish what we have already started. At night I went back to my hotel where my roommates were celebrating one guy’s birthday. We all went out (10 people in total) to the city centre, found a nice club and had fun till 5 am. The guys were great, friendly and adventurous, with a great sense of humor. We are still in touch so maybe next time when I have a chance to go to Beijing again and see them (some of them study at Beijing University)!

To sum up, Xi’an (Shaanxi province) is a place where it all started in China. It is the heartland of the Qin dynasty where farm villages are barely touched by modern life and the lanscape is just breath-taking. I was knocked out by the all sights and views Xi’an offered me. Thank you Xi’an. I will miss you a lot. 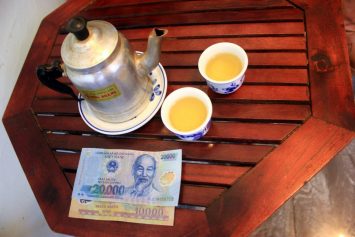 Hanoi in Photos and Travel Update 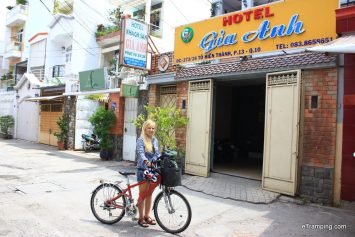