About the author: Brendan is an Africa-obsessed, summer-chasing, noodle-addicted former accountant from New Zealand. He has been traveling full time since 2011 and is the author of the budget travel book Triple Your Travel. You can read more of his story on his blog Bren On The Road.

Ecuador is definitely not the most popular place on the South American backpacker trail, with many opting for the more popular Brazil, Peru and Argentina for the majority of their time on the continent. However, Ecuador will definitely surprise you – whether you’re looking for mountains to hike, beaches to relax on or some big city living, it’s all here in spades for you to enjoy.

As the capital, Quito is the obvious launching spot for your Ecuador adventures and is an amazing city to explore. There is a lot of history here and it has highly developed areas with all your first-world amenities, as well as more preserved areas with a more rugged and local feel. As a bit of general advice, be sure to pack warm clothes for Quito. It is one of the highest major cities in the world and with the altitude comes very cool and dry weather, even in the summer. Things have also become slightly more expensive in Ecuador since it adopted the US dollar, but it’s still very affordable.

People generally stay either in the northern part of Quito, where the Mariscal district is located, or in the Old Town, where many of the historical landmarks are. The two areas are not really close together, so it’s important to choose the right area. Despite being quite touristy and more expensive, I prefer the Mariscal district as that’s where the better hostels are and you’ll find it’s closer to the bars, restaurants and shopping malls. Most of the big backpacker hostels will be located around the Mariscal area and its main square, Plaza Foch. This area also has a kicking nightlife and both locals and tourists head out there on most nights. Hostels near Plaza Foch will cost you between $8-$12 for a dorm room, and most hostels include breakfast. I’ve stayed at both Discovery Quito and Blue House and both were comfortable.

If you decide to stay in the Old Town, you will find a few small hostels and hotels and should be able to find a private room for around $10-$12 a night. Not all of these places list on hotel booking sites, so it pays to walk around and take a look. Despite having many historical sites, this area of the city is a lot less touristy, so Spanish will be very helpful. Not everyone will speak English around there.

Eating in Quito is cheap if you go to the right places. In the Old Town you should find various local eateries that offer the “menu del dia” for $2-$3. For this you get a soup, a main meal (usually meat, rice and vegetables), a glass of juice and maybe a small donut or cake for dessert. These same eateries will also serve dinner, which will typically be a slightly smaller dish, for a similar price.

You can find these types of places around the Mariscal area also, but you’ll need to walk one or two blocks outside the Plaza Foch area. Your hostel receptionist or owner will definitely be able to tell you where to find them. You’ll also find many western joints near the main square, such as sandwich and coffee shops as well as things like Subway and pizza, which is obviously more expensive. Also, make sure you try the Ecuadorian chocolate – it’s some of the best in the world and obviously the cheapest place to get it is here!

As for drinks, a few places around Plaza Foch have happy hours that start in the early evening, and drinks will cost you maybe $2-$3 at many of the bars and clubs. Of course this can vary depending on where you go. La Ronda is an area that tends to attract a more local crowd and is located in the Old Town – this is a good spot to go if you’re looking to get away from the backpacker nightlife!

Taxis are cheap in Quito, and you should never really pay more than $3 for a ride unless you’re heading somewhere particularly far away. There is a meter system in place which is improving and many drivers have adopted it, but some still go by a fixed rate so just know that your ride shouldn’t exceed $3-$4 if you’re just taking a 10-15 minute drive within the city. At night, most will run by a fixed rate so be sure to negotiate. Again, paying more than $5 would be very unusual.

During the day you can use the bus system which is somewhat like a cross between a bus and a subway, with enclosed stations and its own express lanes in most of the city. It has good reach in the city and you’ll probably use the Ecovia line mostly if you’re staying in the Mariscal district. It costs 25 cents per ride. You may need to ask someone how to use it for your first few rides but it’s not difficult.

Quito is also building a subway system right now which should be ready in 2016-2017!

There is lots to do and see in Quito:

Teleferico This is one of the world’s highest cable cars and gives you an awesome view of the entire city. It’s a good idea to head up on one of your first few days to see how sprawling the city is and how different the areas look. It’s around $9 for foreigners.

This translates to “middle of the world”, and is the point where the equator runs through the country. It’s quite far away and you can take public transport (it’s not difficult and your hostel will be able to tell you exactly where to catch the bus), however it’s much easier to take a taxi out there. You should be able to get a taxi to take you, wait for you to look around and then bring you back, for $30. If you can gather a few travel buddies from your hostel and split the cost by 4, it’s only around $7 each and will cut your travel time by more than half. Entrance fee should be around $4.

A small market of local arts and crafts not far from Plaza Foch.

This is a huge park that always has something going on, especially on weekends. Sometimes there are salsa classes, football games and food carts, and just a lot of people relaxing and having fun. It’s a good spot for people-watching. There are also many other parks in Quito which are great for those of you who enjoy running or walking.

Ecuador is extremely diverse in terrain and home to many ecosystems. You’ll find them represented here at these gardens in the Carolina district. Entry is $3.50.

There is so much to see here, but basically the Old Town is famous for being one of the best preserved ancient cities in the world. So you’ll find many old cobblestone streets and colonial buildings, many large, old churches and a lot of plazas where you can wander around, relax, people-watch and take photos. You’ll probably end up spending a whole day here, at least.

Do you feel like Quito would be affordable for you? 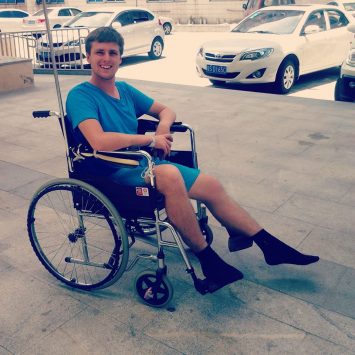 The Day That Ruined My Travel Plans For 6 Months 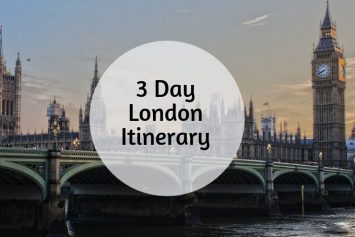