Chisinau, the capital of Moldova, is a small city of fewer than 1 million people. However, what the city lacks in size, it more than makes up in the warmth of its inhabitants, and the beauty of its arts.

Why did we explore Chisinau at night? Our car broke down early in the morning and it took us the entire day to have it fixed. Luckily, with a great help of our AirBnB host, Alexandra, we were able to explore the town in the evening. Through the great help of Alexandra (a big thanks to you if you’re reading this), we managed to visit several places which can make an evening seem magical.

Here are the best places you should see in Chisinau at night!

You can start your evening walk at the Moldova National Opera Ballet. The building is beautifully lit during the evening and the architecture itself is also very impressive. It’s a serene experience to walk past the water fountains which line the front of the building, whilst talking to friends or just enjoying the brisk evening air.

With a mixture of shows and performances every month, you can even stop in for one if you feel like it.

After you’ve finished walking around the Moldova National Opera Ballet, it’s time to explore the next place on our list of walking destinations for Chisinau at night: Cathedral Park.

This park is, as you may have guessed, home to a cathedral. That cathedral is the Nativity Cathedral and will likely be closed when you come around. Built in the 1830s with a deliberately neoclassical design, parts of the church were destroyed during the second world war, but then reconstructed in 1997. However, the walk around the building is equally as impressive, especially if you get a clear night with the stars shining above.

The central structure was actually intended to belong to the Nativity Cathedral in the adjoining Cathedral park. However, by the time the structure had been made and moved, it was too late. They had built it too big for the cathedral’s structure. And so, the Triumphal Arch was made. A happy mistake.  It was fully restored back in 1973, and has since been kept in full working order by the city of Chisinau.

Heading out of the parks and back into the city proper, you’ll find yourself winding through its streets looking for the next sight of interest. We recommend swinging by the Philharmonic Hall if you get a chance. It’s not the most beautiful structure from the outside – although its neoclassical charms might appeal to some – but it’s a good place to visit on certain nights because of the sound.

If you happen to arrive on a night where there is a show in progress, you’ll be able to take a short walk around the complex and hear the music emanating from inside. It’s an incredible feeling and will leave you energized to continue on your tour of Chisinau at night

One of the largest green parks in the city, if you only want to go for a short (ish) walk in Chisinau at night, then the Valea Morilor Park should be where you do it. Originally opened in 1950, the park has since been renovated and improved; making it perfect for a nighttime tour.

Make sure to walk around the large lake in the center of the park, which will take around half an hour if done leisurely. Whilst it’s easier to do so during the daytime, you can also admire the many different types of trees in the park, including chestnuts, Canadian poplar, and Maple.

Finally, before you leave the park, head over to the waterfall staircase, which is made up of 218 steps and a beautiful site to see and hear during the evening. Then just make a quick stroll along the park’s ‘beach’ located on the southwest side of the lake, and you’re done.

From the Southwest side of Valea Morilor Park, head south-west along Strada Grigore Alexandrescu until you connect with Strada Eugen Coca, before you finally turn onto Strada Vasile Lupu. From here, you can enter Dendrariu Park, another of Chisinau’s best nighttime spots.

Covered with plant life and with many hidden nooks and crannies, the park isn’t quite as well pruned as Valea Morilor Park, but it’s great in its own right.

Parliament of the Republic of Moldova

The parliament building is located near to where our first stop on this tour was: the Maldova National Opera Ballet. Because of this, it is the second to last place on our tour. You can’t enter the hall, but it does serve as a good place for you to take some pictures from outside – exactly like we did ourselves.

Finish your evening with a stroll down the main street of Chisinau: Stefan cel Mare. Depending on the time you make it here, you might still see others walking down the street, going home from their evening activities, or just enjoying a brisk evening walk like you.

During the day, the shopping here is the best you’ll find in Chisinau, and there are usually some markets open for you to check out as well. If you happen to like brandy – or know someone who does – it might be a good idea to come out here a bit earlier in the day – or early the next day – to purchase some of Chisinau’s specialty Brandy. Moldova is known for having particularly good brandy and wine from Moldova is famous across the whole of the former Soviet Union.

A Walk You’ll Not Forget

Exploring Chisinau at night was an experience you won’t forget. The city takes on an entirely different persona when the sun sets, turning from one of drab plainness, to a place of lights and shadows. All of which you’ll want to explore. 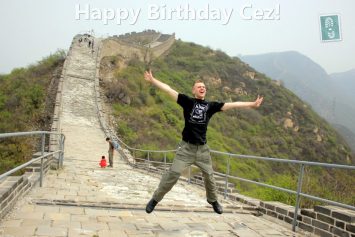 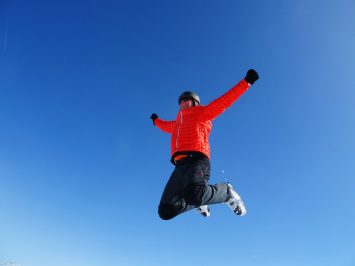 9 thoughts on “Exploring Chisinau at Night”