Well, we all know Tim of UrbanDuniya, don’t we? He is an author of a few guest posts on eTramping, such as A day in Sydney for less than $25 or Melbourne for less than $25 a day. However, what you probably don’t know is that he has recently successfully published his first Ebook called Pakistan Traveller. As we are highly recommending it to everyone, today’s post is to give your a brief insight of what Tim’s eBook is all about.

When people ask me why I wrote a book about Pakistan, the answer is simple; because it’s one of the most beautiful places I know. Of course, this contradicts the image many people have of a dangerous, war-torn, misogynistic, backwater nation, brimming with terrorists and teetering on the brink of total collapse.

Pakistan is, in my opinion, one of the world’s most misunderstood countries for while the above allegations are based on some fact, they are only part of a much wider picture that rarely gets publicised. It is partly my belief, and partly my hope, that if given the opportunity Pakistan would soon be climbing the lists of “most underrated tourist destination”.

No doubt, Pakistan presents unique challenges for the visitor but travel here is not impossible, and for those who dare, travel can be incredibly rewarding. Pakistan has a lot of issues to deal with before it begins climbing any ‘hot travel destination’ lists, but until then, the trickle of visitors often enter the country armed with only what information they have read on various websites. A few more take expensive tours, while we can only guess how many travelers have considered, then decided against visiting, intimidated by a stream of bad news, or near-total lack of practical information.

When I established UrbanDuniya.com in 2013, I knew that I would be attempting to showcase a slice of Pakistan to the world in the form of Lahore. I never imagined that I would be inspired to write a book, showcasing the best of the nation to the world, and encouraging travelers to give Pakistan a chance.

Hotel and transport listings, safety and cultural advice, short histories of each destination, and a whole lot of tips make Pakistan Traveller by UrbanDuniya the most comprehensive guidebook to Pakistan to be released in years. 33 up-to-date, color maps make navigation a piece of cake.

At this stage is only covers Islamabad, Gilgit-Baltistan and about 75% of Punjab, the areas most frequented by foreign visitors, but I have short and long term plans to expand coverage to the whole country. I hope that Pakistan Traveller by UrbanDuniya will be of use to travelers visiting Pakistan in the future. I also hope that it will allow potential travelers to make better informed decisions about travel to this part of the world. Some readers will no doubt read it to travel vicariously through my recommendations, knowing that the actual experience may just not be for them. I hope that through Pakistan Traveller by UrbanDuniya, I can bring them a corner of the world that they otherwise may not have been able to see.

Pakistan Traveller by UrbanDuniya (Kindle version) is available on Amazon. You can also interact with the book and Tim on UrbanDuniya.com/PakistanTraveller. 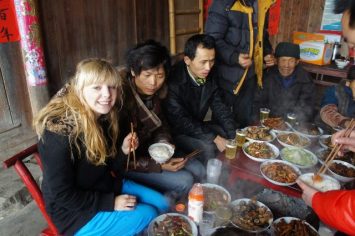 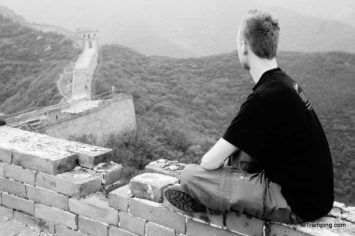 The Great Wall of China in Black and White