Chennai For Less Than $25 A Day

In today’s post, Tim of UrbanDuniya is sharing his one day itinerary around Chennai for less than $25. Tim is a talented writer, traveller, journalist, amateur photographer and teacher. He has already share his Lahore experience on the cheap with us so check it out if you are planning on exploring Pakistan for less than $25 a day. UrbanDuniya is an online journal featuring independent and alternative news, reviews, opinion and discussion from four major cities across Australia and the Indian subcontinent. It was founded on values of community, quality and integrity, and offers a world of good living, great writing and striking photography.

Chennai is the centre of Tamil culture, a civilisation which dates back 3000 years, has established communities in Sri Lanka, Malaysia and Singapore, and a diaspora around the world. Tamil Nadu is distinct from the rest of India, and particularly northern India with its Dravidian roots.

Some visitors have described Chennai as huge, hot-as-hell and uninteresting, but Chennai has attractions for those that are prepared to search for them. Yes, it’s hot, so bring some cool clothes, sun protection, deodorant and a water filter (cheaper than buying bottled water all day long – we’re doing a lot of walking!).

Stay at Hotel Ammu Palace, just off the busy Anna Salai in central Chennai (AC room $14/night, non-A/C $8). Head across the road to Hotel Saravana Bhavan for a traditional Tamil breakfast of Masala Dosa, a large savoury pancake served with potato and spices, and a range of chutneys. Wash it all down with a delicious South Indian filter coffee (Total for breakfast approx. INR 84, $1.70).

Once you’re done, brave the heat and walk the kilometre to Chintadripet MRTS Station. On the way you’ll no doubt spy the new Tamil Nadu Secretariat Building, an impressive modern structure, whose construction and future use is surrounded by controversy. Buy a ticket ($0.20) and head north to Chennai Beach station.

When you arrive, walk to Parry’s Corner, and take a right into NSC Bose Road. You are now in the commercial heart of the city. On your left is the Chennai High Court, with its beautiful colonial facade, and six blocks down on the right is the Armenian Church, the centre of Chennai’s small but historic community of Armenian Orthodox Christians. The courtyard is lovely, and the church has plenty of surprises, including stones engraved with Armenian script – ask one of the caretakers to show you around, and a small donation to the church is an appropriate payment.

The area around the church is a great place to poke around small shops and markets, and simply people-watching, as ordinary Chennaikers go about their daily business. You’ll stumble upon small Hindu temples, and possibly even a mosque or two. There are lots of places to pick up a fresh juice around here, but be careful about hygiene; despite the heat, chai might be a safer option ($0.20).

Follow NSC Bose Rd to the end, veering around to the left through Rattan Bazaar and Evening Bazaar, and you’ll eventually arrive at Chennai Central Railway Station, with its grand facade. Opposite the station is a traffic bridge, walk over that and down into Park Town Station. buy another ticket ($0.20) and this time head southbound. As the elevated railway skirts the coast, you’ll have great views over Marina Beach – we’re coming back here later! On the opposite side you’ll notice M. A. Chidambaram Stadium, home to Chennai’s legendary Super Kings IPL cricket team.

Alight at Thirumayilai Station, and walk to Kapleeshwarar Temple. This is Chennai’s largest and most important Hindu temple, complete with elaborate deities towering above the street and the large Mylapore Tank to the front. Entry to the temple is free, but 10 or 20 Rupees ($0.20 – $0.40) is a nice gesture for the men who mind your shoes. If you don’t want to pay a gratuity, avoid being picked up by one of many helpful “guides” who frequent the temple, waiting for tourists. Just north of Kapleeshwarar Temple, across N Mada Street, is another branch of the Saravana Bhavan restaurant, where you can stop for lunch to try any of the following Tamil specialties; Iddyappam, Uthappam, Curd Vadai or Parotta. They’re all tasty, and cost less than INR 100 ($2).

From Kapleeshwarar Temple, walk north though the bazaar to Kutchery Road and turn right. Walk along here to the end, and on the left you’ll see the pretty San Thome Basilica, the place where Christianity’s St Thomas, also known as “Doubting Thomas”, is believed to have been buried. He was killed in the year 72 AD during his preaching mission in southern India. Entry is free.

Coming out of the temple, turn right and head north, walking a kilometre to the north until you get to the Gandhi Statue, something of an icon here on Marina Beach. On the way, you’ll pass the red-and-white painted Mylapore Lighthouse, which you can take an elevator to the top of for great views of the world’s second longest urban beach ($0.20). As the afternoon gets later, stroll on the beach and watch the theater of life occur as Chennaikers follow the cool sea breeze after work. You can pick up snacks on the beach, play games, even have a horse ride, and you may well be asked to join in a game of beach cricket with some locals. Anything goes, it seems, except swimming – the sea here is particularly treacherous.

From the beach, take an autorickshaw to Ratna Cafe in Triplicane for a delicious vegetarian dinner. Bargain hard – you should pay no more than INR 100 ($2), but rickshaw drivers frequently quote higher fares. At Ratna Cafe, order the idli sambhar – it’s a classic Tamil dish, and and Ratna is famous in Chennai for their taste and quality ($1.60 for a double serve). Nearby juice or chai vendors are a great place to wash it all down ($0.20 – $0.60).

From here you can walk 1.3 kilometres back to the hotel (through backstreets), or take a rickshaw for another INR 80 ($1.60).

Extreme budget travel for around $10 a day? Stay in the non-AC room at the hotel, and share with a friend to cut costs ($6 per person for a double). Cut out the first section (with Parry’s Corner and the Armenian Church), and instead head directly to Kapleeshwarar Temple. Spend the extra time walking to Ratna Cafe instead of taking a rickshaw. Carry your shoes in your backpack in the temple.

How affordable is Chennai for you? 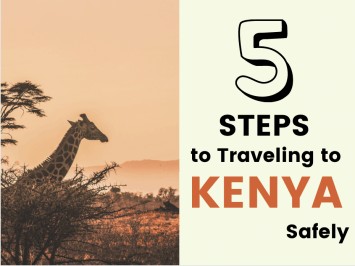 5 Steps to Traveling to Kenya Safely 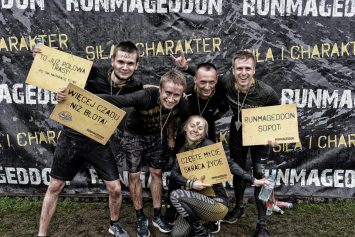