Best Cities to Visit in Benin

Benin is a tropical country with a nearly 12 million population that mostly speaks French and a few indigenous languages, such as Bariba or Yoruba. Although it may not seem like a popular destination amongst the tourists, it is most certainly worth visiting!

According to WorldData, in 2019, over 300 000 tourists have visited this West-African country, which is not enough to make it dependable on tourism. That is why Benin still relies on its agriculture and cotton and palm oil production.

Before leaving on your trip, you must know that the climate of this country is hot and humid. The main rainy season lasts from April till July, while the main dry one is from December to April.

Read on to learn which cities we have selected as the best ones to visit in Benin and why you should consider traveling there! While on your trip, make sure to try the amazing and flavorful Benin cuisine, which one main ingredient is corn and the bread made using it.

Traveling tip! Citizens from every country worldwide (besides the 53 African ones) must have an appropriate entry permit to cross Benin’s border.

You may visit the official government website and apply yourself or consider visiting https://evisa.express/en/benin to have assistance during the application process.

Eat the delicious traditional dishes, learn more about the local people and their culture, and explore the best cities in Benin! Try giving the following places a visit:

The first city on the list is Cotonou. Some people assume that it is Benin’s capital city, but in reality, it isn’t, no matter how much it looks like.

There are many governmental buildings located throughout the city, where the president and the ministers of the country reside.

Since it’s the largest city of Benin and serves as an economic hub of the country. Try visiting the Dantokpa market, which is considered the biggest attraction in the area!

Get yourself some new colorful clothes, spices, or even electronic goods! Chat with the locals while exploring the market and grasp how Benin’s life looks.

Tanguieta is a small town that served as a governmental seat during the French colonization. We are mentioning it primarily because of the Pendjari National Park located there.

About a 12-hour drive from Cotonou stands between you and the Pendjari National Park. We recommend spending at least a few days in Tanguieta to truly discover its beauty.

Most importantly, make sure to take at least one day to explore the Pendjari park while on a game drive. Spot numerous wild animals, including:

Not only the animals make this park special, but also the possibility of swimming in the Tanongou waterfalls!

The official Benin capital city that is the second-largest metropolis in the country. If you are a history-lover, Porto-Novo is something you will enjoy!

To learn more about Benin’s history, and the Voodoo practices in particular, try exploring the Isèbayé Foundation.

Another historical excursion would be visiting the Jardin Place Jean Bayol, where you can admire the monument of the first King of Porto Novo and some beautiful gardens that surround it.

Grand-Popo is the last city mentioned on our list; however, it is no less remarkable. Located in the south-western parts of the country, it showcases best the Finnish-African culture and history.

The best place to learn all about voodoo and the Finnish-African parts of the culture is by visiting the Villa Karo art museum. Hundreds of artists, both from Finland and the Western parts of Africa, have contributed to the museums’ works.

If you’re feeling brave enough, visiting the Temple des Pythons may leave you with some unforgettable experiences! See how the pythons slither around the temple, and upon paying an additional fee, take a picture holding one.

What’s the quite interesting, and a bit morbid, is the fact that the pythons are led out once a week to feed themselves on chickens and mice. Moreover, they also visit the nearby houses, and no one cares since they are harmless to humans!

No matter which city should you decide to visit, if not all, you will most likely not regret exploring Benin! Year by year, more and more tourists travel there.
The most exciting part about traveling is to get to know the different cultures, the customs of the local people, and how your perspective can change once you experience all of that! 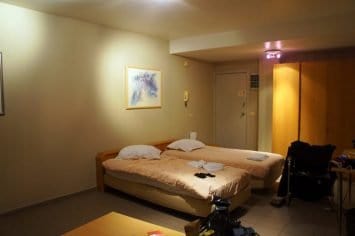 Traveler Home Security for When You’re Away 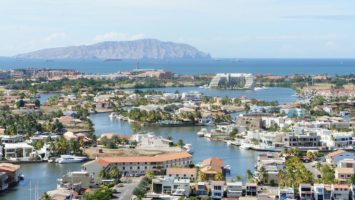 Best Places to Visit in Venezuela 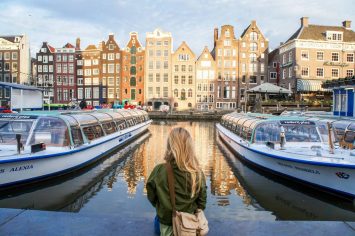