What’s the Best Airport to Fly Into London?

London is serviced by no less than six airports, all with their own advantages and disadvantages. Gatwick, Heathrow, London City, Stansted, Southend, and Luton provide the traveler with a myriad of options, but what’s the best airport to fly into London?

We’ve analyzed a number of factors that will affect an airport’s overall rank in a comparison. Flight costs, distance from the center and ease-of-access, waiting times, and facilities will put each airport through its paces before we reveal who comes out on top.

Equipped with this info, you will be able to make an educated decision what’s the best airport for you to fly into London. Read the individual assessments of each London airport or scroll down to the bottom to see the ranking table at a glance.

While you’re at it, check the latest London flight deals here.

The UK’s second largest airport is located around 30 miles from the city and handles flights to more destinations than any other in the country. Discount flight operators are available, there are two terminals, and security checks are swift with low waiting times.

It is the most efficient single-runway airport in the world, and for the most part, a pleasant traveling experience.

You can get to Victoria Station from the airport within 15 minutes by train. London airport transfer is also a viable, more personal option for all airports. Coaches are available but they take over an hour.

Heathrow is like a city unto itself. The country’s largest airport is the gateway to the UK with five terminals, has unrivaled accessibility, and is one of the world’s most gigantic transport hubs for mind-bending passenger traffic figures.

While flight prices can be expensive, facilities are king here, with excellent eatery options (nearly as good as those serving some of the best dishes in London), and you don’t need to go shopping anywhere else.

Of all the London airports, Heathrow is by far the easiest to get to with the most efficient service, although it’s not as close as London City Airport, and it would be best suited for London weekend getaway. The Piccadilly Line on the Underground has three tube stations that serve all five terminals. Buses operate regularly from Victoria Coach Station with a round-the-clock schedule.

Located in the Docklands, London City is the only airport to actually be in the City of London – as its name suggests. With only one runway and due to its location, its prime focus is on business travel and short-haul flights (with New York its furthest option).

It’s one of the smallest airports, and while its run with a smooth efficiency it can be pricey and is a little outdated.

The Docklands Light Railway (DLR) service runs regularly to and from the city center – with peak waiting times around 15 minutes. Taxis from here are much more affordable than any other London airport, and all the city has to offer is right on your doorstep. If you’re looking for an inspiration as to what to do once you arrive, check out all the best London’s night attractions.

Universally known as the budget airline airport, Stansted is actually located in Essex, around 35 miles outside London itself. While flight prices can be super-cheap, customer service takes a serious nosedive, with cut-price carriers trading quantity for quality. You get what you pay for these days, and you’ll have plenty of choice for it here.

Trains to central London leave every 15 minutes, arriving at Liverpool Street Station, but can be pricey. Black Cabs/Taxis are outright expensive. Nevertheless, there are several couch options and possibility of booking door-to-door airport transfers in advance.

The fourth closest airport to London city center and its fourth largest airport suffers from the worst reputation. Mostly serving European destination with budget airlines, the facilities aren’t the best, cleanliness is not its strong point, and it can get overcrowded – especially during peak times. Hotels and car hire are cheaper here, though, and it’s ideally located if you’re going north.

The parking facilities at Luton airport are poor, although there is talk of this being improved. There’s no direct rail link to the airport – you have to also take a shuttle bus – but a train departs from St Pancreas every 10 minutes at peak times and the journey will take you around 40 minutes.

Why Southend is classed as a London airport is something of a conundrum, as it’s the furthest away and most challenging to get to. Expect to find budget flights, minimum waiting times – and nothing much to do. You could always visit the beach.

Trains from Liverpool Street Station depart every 20 minutes Monday to Saturday, and every 30 minutes on Sunday. It takes close to an hour, so make sure you leave in plenty of time. Don’t even think about hiring a black cab – it’s going to cost you over £100.

Gatwick Airport turns out to be the best airport to fly into London, closely followed by Heathrow Airport. Check out the table below for rankings in each discipline and compare it to your expectations and what’s the most important for you. After all, if money is not an issue, you can ignore the flight costs. Likewise, if you have all the time in the world, why worry about the waiting times or the distance.

While this might be an accessible, easy-to-read guide, we have to stress that the best London airport for you will also depend on so many factors – mainly where you’re flying from. So, don’t forget to see the best flight deals first.

Either way, they all have their merits, and hopefully you can see the pros and cons of each when you’re considering which London transport hub is right for you.

Don’t let a silly thing like Brexit stop you from visiting one of the coolest cities in the world. Check out this three-day London itinerary for when you’re there.

Let us know which, in your opinion, is the best London airport and why? 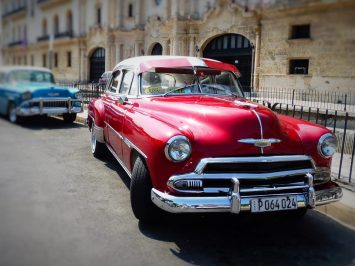 How to Travel Cuba on a Budget 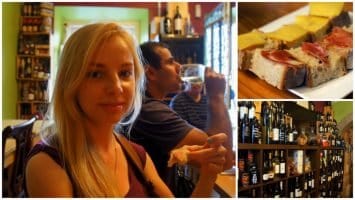 My Food And Wine Experience With Inside Lisbon 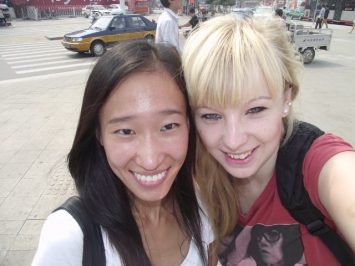