Back in the day travel games consisted of eye spy with my little eye, car bingo, or chess sets with tiny pieces you couldn’t get your fingers around. They claimed to be magnetic too – when there was clearly nothing magnetic about them – you produce a killer move, the car bounces over a speedbump and every piece ends up under the driver’s seat along with the crumbs from several crisp packets.

Thankfully these days things are a lot less messy, and we’ve had the invention of smartphones – thus freeing space in our luggage, eliminating the possibility of scrabble tiles going missing and offering us an astounding selection of games and apps to while away the time waiting for your next transportation.

We’ve recently been addicted to Backpacker – The Travel Trivia Game – and here’s exactly what we think of it!

What’s it all About?

The concept is relatively simple – you have to travel around the world to different cities and answer questions in each location.

In order to continue on your travels, you have to save up enough money (the story of our lives) by completing missions, picking up odd jobs and answering varying degrees of challenging travel trivia. All this while negotiating some of the greatest cities in the world. In order to move to a new location, you’re going to have to ensure your game bank balance (not the real money) is sufficiently healthy, otherwise, you’ll get stuck.

The trials and tribulations of backpacking in one app! Now if only picking up a real job was this easy!

You can choose to start in either Washington or Rome, and when you’ve answered a few starter questions, you’ll get the option to move on up in the world and earn some real money.

Visiting the tourist information centre will grant you access to a local newspaper – and with that, you can search for jobs you might like to do around the world. This, in turn, leads to mini-games and trivia challenges, and the more successful you are the more coin you’ll earn to continue your backpacking adventure.

Even the graphics and the cut screen sequences make us want to get back out onto the road!

Each job you apply for cleverly leads to a relevant challenge, which uses different parts of your brain.

For example, if you apply to become a commercial pilot (a pretty decent gig for a backpacker) you might be shown an airliner cockpit and have to name all the instruments. If you go for a football coach you might get timed trivia on the beautiful game answering questions from simpleton to genius level.

One of our favourite mini-games was applying for the job of a recycler, and you had to separate out wood, plastic, metal and glass into the correct recycling bins, within the time limit, as they were flung at you thick and fast. Easier said than done and we didn’t manage to get that job!

But if you don’t feel like working, you can even play your guitar and go busking on the streets, getting more money the more you upgrade your guitar. You don’t even have to know how to play!

You can’t do it all without sustaining yourself though, and eventually, you’ll run out of energy and you’ll need to bed down for the night.

This is where the game throws in the bane of the backpacker’s life – what kind of accommodation are you going to stay in? You’re on a budget after all!

You have three options to buy a room for the night – one star, three stars or five stars – and where you chose depends on how much money you spend in relation to the energy you gain back from your sleep.

You can also sleep on the streets should you so wish, which is a popular choice for many confident backpackers. This, of course, doesn’t cost you any money, but depending on where you are, the risks are significantly greater and you could potentially get robbed.

The developers have clearly put a lot of thought into this – we wonder if they’re speaking from experience?!

Most of the world’s top cities are available to visit in the game, each with their own unique travel trivia based on their most popular sights and attractions, and each with their own graphics, personality and challenges relevant to that particular city.

And with hundreds of awards, milestones and upgrades to obtain, you could be playing this a while. You’ll also bump into various characters along the way who can help you get around the globe, or just save up and buy tickets with the in-game currency you’ve earned from all your worldly knowledge.

As with any game worth its salt, it’s got a lot of depth and a lot to keep you occupied while you’re backpacking in real life!

Fill up the Passport and Backpack

There’s such an attention to detail in the game and you can spend hours (possibly days, months and years) filling your passport with stamps and your backpack with goodies from your travels.

Once you’ve visited a city’s main attractions and correctly answered trivia on them, you’ll be awarded golden stamps in your passport, which you can then show off to other friends playing the game. You can pop into souvenir shops and pick up all kinds of useful or useless tat along the way too (just as you would do for real) and you can even buy lottery scratch cards to boost your travel fund.

Like most game apps, there are in-game purchases, but that’s entirely up to you and advertisements won’t spoil the experience.

Cez, in particular, is getting carried away playing that game, and he hasn’t had his nose out of his phone for the past couple of days.

Be careful with Backpacker – The Travel Trivia Game, because there is a strong chance you could become addicted. It’s fun, colorful, challenging and playable, with enough variety to keep you entertained for a long time to come. Who knew learning could be this much fun?!

Have you played the game? Let us know what you think and what was your top score! 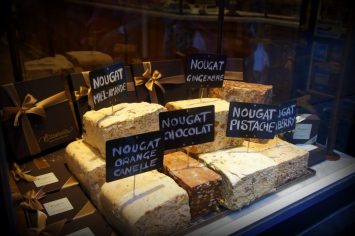 Best Chocolate Destinations Around The World 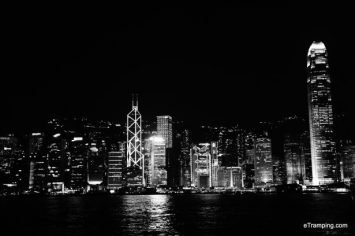 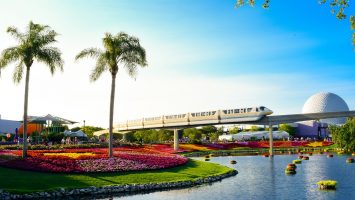 Planning a Trip to Orlando on a Budget