Andaman Islands For Less Than $25 A Day

The Andaman Islands are the most remote and the cheapest place we’ve ever been too. They are the true embodiment of famous ‘bounty beach’ pictures with bright blue waters and shining white sand. Apparently it’s not that hard to get to these beautiful spots of land in the Indian Ocean and spend there the most incredible time of your life for just $25 per day.

Andaman Islands are situated in the Eastern Indian Ocean and are de jure part of India, but de facto are much closer to Myanmar and Thailand.

After India became independent, the Andaman and Nicobar Islands became the part of it, just because they were occupied by the British Empire for pretty long period of time. Before that they were inhabited by various tribes mostly of African origin. Later the Indian government offered a wide range of subsidies and rewards for moving to the Andaman Islands, so right now they are 100% Indian.

The only airport is situated on the biggest island in Port Blair, which is far from best beach spots. Thus, it’s worth taking an auto-rickshaw to the jetty point (approximately 70 Rs.=$1.2) and then choose your destination. We highly recommend Havelock Island, since it is the most developed (they have extremely slow Internet and really poor telephone coverage, yay!) among all islands.
It takes 2 hours to get there by ferry (around 385 Rs. = $6.4 for government boat).

We recommend to go directly from jetty point to Beach #7 (also known as Radhanagar Beach), since it is the most beautiful one, is deep enough to swim (all other beaches are good, but the water is too shallow to swim), offers the best accommodation and restaurants, surrounded by coral reefs with tropical fishes, as well as grants you with an opportunity to meet elephants every day.
The bus on Havelock costs 10 Rs. = $0.16.

There is a huge variety of accommodation offers, from chicken huts to luxury hotels. We recommend sleeping in the guesthouse.

Resort restaurants are just great! The food is delicious and portions are big. You can buy Halli for just 100 Rs. = $1.6 and ask for extra rice and dahl for up to 5 times absolutely for free.

When we wanted to feel like VIP, we went to luxury hotels’ restaurants, where we had dinners for two for just 800 Rs. = $13.

Snorkeling, scuba diving, swimming and every activity that can be held in the transparent waters of coral reefs are at your service.

Even though travel companies offer many expensive snorkeling tours, we dived absolutely for free in the lagoon nearby our guesthouse.

Hiking in the tropical woods and bargaining at the market might also be quite an exotic entertainment.

• Since officially Andaman Islands are situated in the wrong time zone (2 hours later than then they actually are), the morning starts there at 4 am. At 6 am everyone is working. At 8 am it feels like a half of the day has already passed.

• Queues in front of the ferry ticket office are separated by gender: for men and for women. Those for ladies are much shorter, so make sure you choose the one for women.

• On arrival you get an official permit to stay on Andaman Islands, be sure not to lose or damage it (our permits tore apart after “swimming” in the sea waves and were glued together afterwards).

• While bicycling, watch out for dogs, they might bite your leg.

• Elephants wandering around might be dangerous. Not because they are aggressive, but just because they don’t notice you. Watch out!

Have you already added Andaman Islands to your bucket list?

Illia and Nastia are passionate about each other, traveling around the world and sharing their experiences at crazzzytravel, a blog where you can find plenty of budget travel tips as well as practical information about numerous destinations. They have already been to 33 countries on 4 continents and ain’t no stopping. 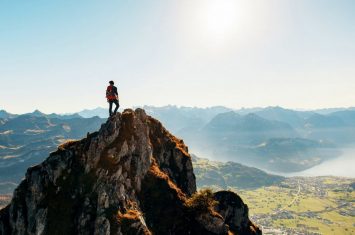 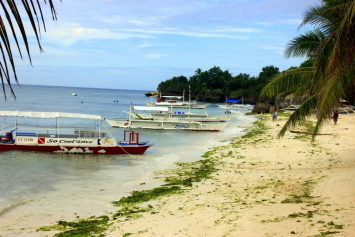 Postcards from Alona Beach, the Philippines 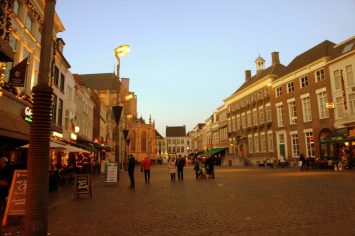