A Brief Summary of My Stay in Lhasa

I was traveling in Lhasa from June 4th till June 12th 2012 but I really wanted to make my stay longer. Unfortunately, it was impossible due to two things: travel permit (Chinese government restrictions) and money issue (Lhasa was very expensive). As probably everyone knows, it is very difficult to get to Tibet nowadays. Me and Cez had to book a tour with Chinese travel agency, apply for travel permit by providing all sorts of documents and pay for a travel guide who was with us most of the time. Secondly, the whole Lhasa trip costed us a lot of money (the total amount we spent divided into days we stayed in Lhasa= £150 a day per person, which is roughly $235 per day per person). A lot of money, isn’t it? Yeah, I think so. The whole trip was on a budget though and we thought twice before buying anything. By the way, Chinese government gets a lot of income from worldwide travelers visiting Lhasa taking into account that Tibet is concerned as “Chinese province”. The question arises, why traveling to Lhasa is 20 times more expensive than visiting the capital city of China!?

Our itinerary was divided into 3 parts:

On the first day, after we were picked up by the travel guide from the train station, we were given white scarves called “Khatag”. The scarf can be offered to you at the beginning (as in our case) or at the end of your stay in Tibet and it is a symbol of Buddhism religion and purity.

We were taken to the Yak Hotel (4-bed dorm room, one of the the cheapest and most comfortable hotels in Lhasa), unpacked and went for a walk around Barkhor Street. The hotel itself looked very impressive and this is the photo of our room and reception.

I was simply knackered and blissfully happy at the same time. WELCOME TO LHASA AGNESS!

This time, after leaving the hotel, we did not have to follow the travel guide. He went back to his office begging us not to take photos (or ask police for permission if we really want to) and/or visit alleys located outside the Barkhor square. At that time I was excited and happy to explore Lhasa market and interact with Tibetan people.

The Barkhor Street was definitely the most exciting part in terms of photography. New people.

Monks on the street.

By watching people pray I could feel so connected with them in some way. I left the hotel in a rush trying to take as many pictures as possible (our time was limited as we were not allowed to leave the hostel after 9 pm), then I got to the Barkhor street continuously starring at these extremely religious people and suddenly… I simply stopped for a while, turned my camera off, sat down on the ground and carried on watching them thinking “I’ve never ever in my life been so godly”. It blew me away. Believe me or not, but these people inspired me in some way and I had tears in my eyes while looking at them. That’s something you can’t really describe. It was one of these moments in my life when the emotions took over (read more in “Traveling in Tibet- feelings and thoughts: Tibetan people”).

It was nearly 8:30 pm when we got hungry. The travel guide had recommended a restaurant called Tashi to us before he left so we quickly found it and ordered some food. We had Lhasa beers, yak wraps and traditional Tibetan momos (dumplings) filled with meat and vegetables.

I really enjoyed the momos! So yummy!

When we got to the hotel I was knackered suffering from headache and sore throat. Walking for nearly 4 hours made me so tired and the weather (hot and humid) did not help at all.

We woke up at 6 am local time and went to the market. Surprisingly all shops were closed, there were no locals out and about, no traveller just us. Lhasa looked so empty and miserable.

We spent nearly all day exploring local temples, starting from Jokhang Temple where our travel guide took us. The Jokhang Temple is the holiest site in Tibetan Buddhism and one of the World Heritage Sites.

It’s a very interesting temple in terms of architecture and design.

And this was the first time for me to see so many monks working and praying in the temple.

We were told various stories concerned with this temples and we also were shown around visiting all temple rooms (no pictures allowed inside the temple unfortunately).

I noticed a large number of Chinese travelers visiting the temple, even more than Tibetan prayers (by the way, each temple entrance costs between RMB20-40).

We also visited the monastery where Tibetan monks where debating.

It felt kind of awkward when Tibetan monks were talking on certain topics, learning and debating and all tourists were around them taking photos. It looked like visiting the Zoo…

While strolling down Lhasa streets we popped in many different temples which names I don’t even remember where the monks where praying loudly and Tibetans left lots of donations. We were warmly welcomed everywhere even in places where we didn’t know how to behave properly as we were not familiar with local religious rituals.

One day was reserved for exploring Potala Palace only. There was limitation of the number of tourists entering the Potala Palace every day. The reason being, it is made with clay and wood and it becomes too fragile and it isn’t able to carry too many people at the same time. The visiting time was limited too, there is only one hour allowed for the sightseeing inside the Palace,  which was more than enough for us. It was very hot and water was not allowed to be carried when climbing up the stairs. The water costs the earth on the top so we were so thirsty.

The Potala Palace was a summer residence of the young current Dalai Lama and the place where he was raised until he was forced to go to India in 1959. The Palace looked spectacular, mysterious and historical.

This is how, more or less, my stay in Lhasa looked like. In general, I have learnt a lot about Buddhism religion, Tibetan rituals, history and tradition (I will share my knowledge on these topics in the next notes). I was there only a few days but I can confidently say this is, so far, the most challenging and spectacular place I have travelled to. Sometimes I felt like this is my place on Earth, felt so connected with everything surrounding me and really would like to settle down here in the future when Tibet eventually gets entirely free. 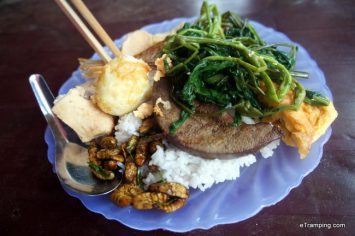 My Favourite Hanoi Food and Drinks so far 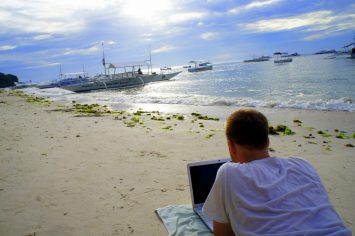 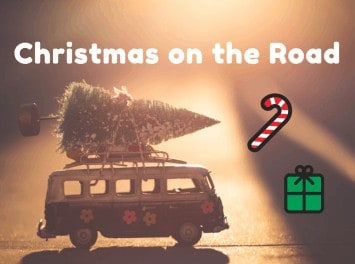 Christmas on the Road – How to be Festive While Traveling