Traveling in Tibet- My Feelings and Thoughts: Tibetan Religion and Architecture

Before going to Lhasa, I didn’t know much about Buddhism, Tibetan customs and traditions or its architecture either. Visiting various temples, monasteries or having a little conversations with locals made me want to know something more about it. Our travel guide did a great job telling us many stories back from 7th century AD when the Buddhism was introduced into Tibet, how Tibetans live accordingly to Buddhism principles nowadays and how Tibet differs from China in terms of history, language, customs and religion. Undoubtedly, it was a great lesson for me to learn: a lesson not only of history but humility as well.

The dominant religion in Tibet is Tibetan Buddhism introduced into Tibet in 7th century AD. There are a lot of temples where Tibetans come into and pray and donate to them.

Tibetans are not allowed to mention his name or even keep his picture. If they were caught doing it, they would be flog and then prison sentenced. Moreover, the “7 years in Tibet” movie is banned here. Tibetans have no freedom in terms of religion expression as you can see.   Tibetans worship all Buddha and Lama statuses, they practice meditation and believe in the connection between life and death.

While being in Lhasa, I could see how strong this religion is in both monastic communities and among Tibetan people. There are many religious activities in Lhasa such as pilgrimages which are extremely popular here during which Tibetans constantly reaped prayers holding rosaries in their hands. There are also a lot of different festivals and important ceremonies such as funerals or public prayers.

What I liked the most were the prayer flags coming in sets of five, one in each of five colors (blue symbolizes sky, green air, red fire, white water and yellow earth). Tibetans write their prayers there hoping they will be all listened by Buddha. Thanks to these flags Tibet looks so colorful!

Tibetan architecture is a mix of Chinese and Indian styles expressing a deep Buddhist approach. I love how colorful the doors and windows can be!

What the most unusual is that most of monasteries, houses and building are being built on elevated, sunny sites facing the south. They are mainly build with cement, rocks and earth.

Tibetan monks make a temporary sand mandala in their monastery. It looks stunning!

I was blown away by the power of Buddhism and the design of Tibetan temples and houses. Tibet is simply the most colorful and magic place on the Earth! 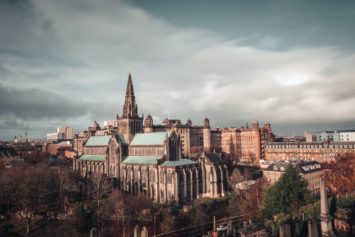 What’s The Best Airport To Fly Into Glasgow 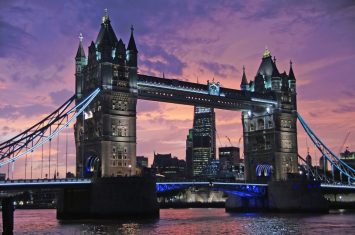