5 Free Things To Do In Copenhagen, Denmark

Denmark’s capital is enticing at any time, but especially in summer, when it is doused in Scandinavian sunshine. It’s a great place for hiking, relaxing at the beach, doing some window shopping, lunching on the run, dining with the locals, taking stunning day trips, walking in the park and having an amazing cultural experience.

Moreover, Copenhagen offers plenty of things and sightseeing spots to explore on the budget. Most of them are free and fun, so make sure you don’t miss them out:

Dating from the 17th century, its waterfront location, together with the rows of colorful town houses, lends the area a scenic and relaxing ambience. Cafes and bars line the sunny northern canal front and are great places for lunch and coffee together.

The area has not always had such a tranquil and attractive presence, however. In the 17th century it was a busy port where fishermen came to unload their catch while merchant ships dealt with other cargo. Nyhavn was still used as a port up until the end of World War II, but fell into neglect after the time. Restoration programs in the 1960s to 1970s resulted in the inner section of Nyhavn being reinvented as a Veteran Ship and Museum Harbour, with beautifully restored old ships including the Lightvessel XVII Gedser Rev, dating from 1895; the smuggling vessel MA-RI, dating from 1920; the fine chalk transporter schooner Mira, dating from 1898; and the Boat Theater, which since 1972 has functioned as a theater boat.

Other attractions at Nyhavn include the Memorial Anchor, a monument honouring the Danish officers and sailors who died during World War II. Canal tours run frequently, giving great insights into the area’s rich historical legacy.

Denmark’s National Museum has exhibitions from the Stone Age, the Viking Age, the Middle Ages, the Renaissance and Modern Danish History. If you want, you can tour the museum in an hour with a self-guided tour which includes The History Tour of Denmark, The Family Tour, and The Tour around the World. In July, August, and September there are guided tours in English and they are free of charge. The museum is open from Tuesday to Sunday from 10:00 till 17:00.

3. Watch the Changing of the Guard.

If you have been to London and you miss your experience of watching the changing of the guard, you should head to the Amalienborg Castle on the harbour front to watch the Changing of the Guard – or “Vagtparade” in Danish – which takes place at noon every day. Expect blue trouser-clad soldiers marching round to rousing music, bellowing orders!

4. Have a picnic at the beach.

One of the most visited Copenhagen spots is Amager Strand, a beach located 5km from the centre. You can easily get there by taking the metro to Amager Strand or Femøren, or bus number 12). Pack some healthy snacks and have a picnic with locals!

Copenhagen’s biggest – and smallest – icon, the Little Mermaid is a diminutive statue sitting at the end of the Langelinie promenade. It’s free to go and pay her a somewhat more deferential visit.

Have you been to Copenhagen? If so, would you add any things/places/spots to visit and experience for free?

Agness Walewinder
Travel freak, vagabond, photography passionate, blogger, life enthusiast, backpacker, adventure hunter and endless energy couchsurfer living by the rule "Pack lite, travel far and live long!"
Do you want to contribute?
Publish your guest post on Etramping!
PrevPreviousWhat Is Today’s Backpacker And Why There Is a Need For New Name
NextMiso Hungry: How To Eat Well In Japan Without Going BrokeNext

The Best Things to Do at Night in Vancouver 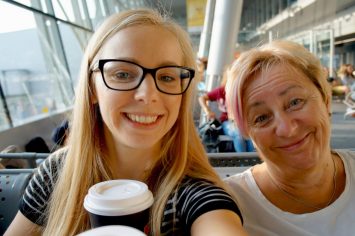 A Mother and Daughter’s Quest to Discover the Best Coffee 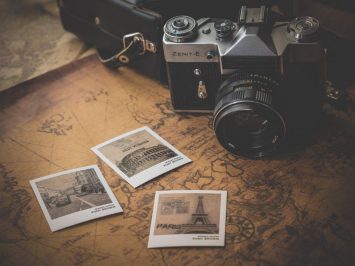 The Secrets of Paris You Can’t Miss Seeing