10 Most Surprising Things You’ll Find When Moving to Spain

Moving to any new country requires a number of adjustments to surprising and unexpected region-specific customs and cultural norms. However, for a country with a culture as specific and unique as Spain, it’s all the more so. Here, then, is a guide to some of the more surprising things you can expect to find in your new life.

Here, then, is a guide to some of the more surprising things you can expect to find in your new life.

#1 You Really Need to Learn Spanish

I know: surprise, surprise, living in Spain means that you should know Spanish but it’s still super easy to overlook just how essential it is if you have any hope of integrating yourself into Spanish culture.

Not only is English not widely spoken anywhere beyond the most touristy spots but some of the most singular aspects of Spanish life make way more sense when you’re familiar with the language’s many idioms and particularities.

Spaniards have an amazingly unique relationship with time as they balance strictly regimented schedules with a more laid-back spontaneity. The siesta is the prime example of this.

Not merely an extended lunch as one might have been led to assume but a way of structuring the day that work is pushed to the morning and early afternoon, virtually without a break, which leaves the rest of the afternoon open for a proper lunch and a nap – with business picking up again in the early evening. The 9 to 5 workday is, by definition, entirely alien to Spanish life.

Sangrias are way more popular outside of Spain than within it. “National drink” my foot.

Between Spain’s siesta culture and a wonderfully lively nightlife, meal times there are much later than most immigrants would no doubt be used to.

Lunch is pretty religiously eaten at around 3 PM, just after clocking off for the day, while dinner normally takes place between 9 and 10 at night.

Making up for the strange meal schedule, Spain has world-class food that should easily be mentioned in the same breath as French or Italian cuisine, with each different region of the country having their own twists on even the most basic national dishes.

At the heart of Spanish food culture, however, is the generous consumption of bread. Don’t be surprised to even see a classic Spanish tortilla served as a sandwich!

#6 Put the Ketchup Down

With such a dedicated culinary culture – and so spicy a one at that! – it’s considered the height of bad form to ask for ketchup to go with a Spaniards carefully prepared dishes.

#7 Rambunctious, Friendly People for Whom Manners are Definitely not the Measure of a Man

Taking a page out of the Mediterranean playbook, Spanish people have a habit of being louder, friendlier, warmer and brasher than most Westerners.

Sheepishness, aloofness or coyness are not part of the Spanish cultural vocabulary, whereas greeting strangers in even the most random circumstances is as common as brazenly complaining about bad service.

Spanish culture is very much one based on sharing and generosity so prepare to share large platters with dinner companions and even birthdays are more about you splurging on the people you care about than the other way around.

Despite some serious setbacks, Spain is now one of the fastest growing economies in Europe and the cost of living is relatively low for people coming from countries like the USA or Britain. It can still, however, be quite hefty at times for new immigrants so, along with ensuring you have a decent job lined up, it’s highly recommended that you find ways to cut down on initial costs when you move there.

One of the simplest is making use of foreign exchange companies over banks when first moving your money to Spain. Not only is it almost always substantially cheaper but foreign exchange services also offer serious value-added and dedicated services along with their basic money conversion, including opening a private banking account for you, holding onto your money until then and having a wide network of invaluable contacts like mortgage brokers or property agents.

The hottest month of the year brings major cities like Madrid or Barcelona their biggest commercial period of the year but the rest of the country uses this time to go on vacation en masse, often going off to unwind in less blisteringly hot European countries, with even bakeries, grocery stores and banks working on a part-time basis.

Good luck in your move to Spain. If you follow our guidance, you are bound to have an enjoyable stay there! 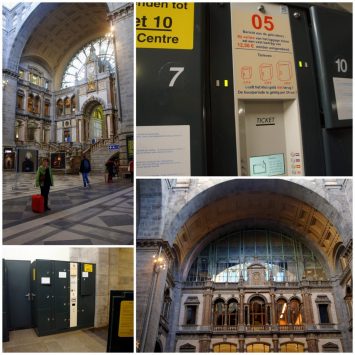 Antwerp For Less Than $25 A Day 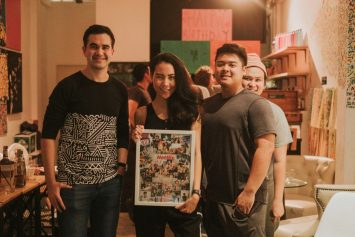