Shanghai, the city of action, not ideas, where you won’t spot many traditional Chinese buildings and temples or Buddhist monks but you will be amazed by skyscrapers and a modern architecture. This one of the most massive cities in the world offers all exclusive types of entertainment, nonstop shopping, glamorous food and cocktails so you can feel posh for a few days. Some people believe that Shanghai is the future of China and it’s becoming more and more powerful every day. It took me 26 hours by train from Jishou to get to Shanghai. 26 long hours standing and trying to sleep but it was definitely worth it. On the train, I was sitting with a nice Chinese girl, my age, who was also heading to Shanghai. She couldn’t speak English but I managed to speak a little Chinese with her so we had a really nice time together.

I got her QQ number (Chinese Skype/Facebook and Messenger in one) so we are still in touch. I also tried some different types of Chinese food on the train, such as spicy smoked chicken wings, sunflower seeds and ginger pork’s ears. All very tasty! I have noticed that when Chinese people travel, they always buy some smoked meat (small pieces of pork, beef or chicken legs and wings) closed in a foil bag so it’s very comfortable to keep it in your bag and eat it on the train. At the begging, I was not a big fan of it as the meat looked very weird for me (sticky and artificial) but when I tried it and it tasted good I decided to buy it every time I travel. Any time I go somewhere far away I go to the supermarket first and buy lots of food such as fruits, yoghurts, bread, cookies and a big bottle of orange juice as 24-hour-trip (or more) is just exhausting and you fell hungry all the time. When I arrived in Shanghai at 10 am, I had to buy my ticket to Xi’an in advance.

The train station in Shanghai is massive. There were so many Chinese people queuing to get their tickets. Actually, I was not surprised as National Holiday was coming so everyone was going somewhere. After 30 minutes waiting in the queue, I got my one way ticket to Xi’an and I was told the trip will take 24 hours (it did not surprise me at all). After that, I took a taxi to my friend’s flat. We met up at 12 pm to have a lunch together. I was so happy to see him again. I met him on the plane as we were both going to Shanghai from Birmingham. I remember that we had a great time together, talking about China and life in England and laughing all the time. He invited me to Shanghai many times but I was busy working in the school, then he was overworked with his project but finally we met each other and talked for ages about how things have changed since we saw each other last time. After our lunch, he went back to his office and I got a subway map from the nearest shop and started exploring Shanghai.

The subway here has 11 different lines so at first it seemed to be a little bit confusing for me but after a day getting lost and getting found I knew all lines by heart. When I got to the subway station, I opened my China lonely planet book to figure out where I want to start my trip from. According to my book, there are 9 Shanghai highlights: Bund promenade, Shanghai museum, World Financial Centre, French Confession, Tianzifang (old alleyways and quirky boutiques), Old Town, M50 and Zhujiajiao (canal-town). I firstly decided to go for a walk and look around the People’s Square which is an open space peppered with museums, performing arts venues, parks and the most exclusive shops. I was walking across the square looking for a shop where I could buy a new digital camera. I have been extremely interested in photography for a quite long time but somehow I didn’t manage to buy professional equipment. After a few minutes of strolling, I have noticed a huge Sony shop which was on the highest floor of the building. I went there and asked one of the staff members to help me choose the camera I was dreaming about. Everyone was very polite, smiling, trying their best to provide the best service. I felt like I was a businesswoman. I spent there about 2 hours and when I was leaving the shop proudly holding my brand new digital camera I spotted 2 Spanish girls asking random people for direction as they wanted to get to the Bund. I opened my book, had a look at the map and asked them to follow me. We were walking for about 30 minutes till we got there. Wow, I was speechless.

There were skyscrapers forming before my eyes all lightening with different colors. The sky was purely blue and there were a beautiful river. The Bund was spectacularly illuminated and the nocturnal views to Pudong were just delicious. We were all strolling down the Bund promenade amazed by the view taking some pictures. In order to underline this special moment we raised a glass of champagne to the Pudong lights in one of Shanghai restaurants. At night, I went back to my friend’s flat. We drank some wine and I was telling him all my stories which happened to me in China, all night long…

Next day, I woke up at 7 am, took a subway to People’s Square and went to Shanghai museum where I had my breakfast (deadly expensive but so delicious!).Here, I contemplated the masterpieces of traditional Chinese art for a half of my day. I took my pick from the archaic green patinas of the Ancient Chinese Bronzes Gallery through to the Ancient Chinese Sculpture Gallery and Chinese Calligraphy Gallery. I have seen many different Chinese coins, seals, paintings and ethnic costumes. I must admit that Chinese history is so interesting! I also bought some postcards in the museum shop and then went to French Concession restaurant to have my dinner. At night, I went to Pudong area to see the World Financial Centre- impressive view: the skyscraper-fragmented skyline of Lujiazui, one of Shanghai’s most photographed panoramas. At night, I bought a ticket to get to the top of Oriental Pearl Tower (the biggest skyscraper in Shanghai). What a great feeling. I was standing on the top of this tower admiring a beauty of Shanghai at night. I also had a supper there with some Spanish and German tourists. I went back home knackered at 12pm and I felt asleep.

On the third day, my friend was heading to Honk Kong in the morning to I went with him to say goodbye at Pudong airport and went to my hostel I booked a night before. It was my last day in Shanghai, so I decided to explore Jing’an Temple, which was located 10 minutes from the place where I stayed. It is a typical Buddhist temple on West Nanjing Road, in Jing’an District. This place was just awesome. There was a 3.8-meter jade Buddha sitting in the centre (it is the largest sitting jade Buddha statue in the country), some stone Buddhas and the Precious Hall of the Great Hero. Surprisingly, there were not many tourists there so the place seemed to be peaceful and quiet. After that, I went back to my hostel where I met some American and Spanish backpackers. We had a dinner together and we all went to sleep at 1 am. Next day I was going to Xi’an to explore astonishing artistry from ancient China: the Terracotta Warriors. Unfortunately I caught a very bad cold so I had a massive headache and runny nose but it didn’t stop me from traveling. To sum up, these 4 days in Shanghai were one of the best I have ever had. Shanghai is the country’s neon-lit beacon of change, sophistication and opportunity. That’s the epicentre of food, fashion and fun. I was honoured to visit this place and at least for a few days I felt like a princess, not like a backpacker. 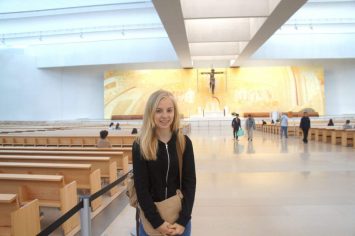 What Can You See In Fatima? 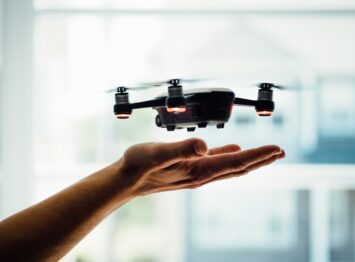 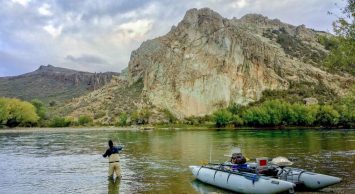