Uncovering the Rose Red City, Half as Old as Time: Petra, Jordan

Hidden behind a crack in a mountain, Petra remains one of the biggest mysteries when it comes to ancient Kingdoms. Belonging to the Nabataean kingdom, very little was left behind by them for historians to piece together in today’s Jordan. At the heart of their empire though, Petra, which spent over 1000 years hidden, still stands and gives us some clues as to who they were and what they wanted.

You’ll probably recognize Petra due to its iconic front Façade carved into the mountains. Having featured in numerous films – including most famously Indiana Jones and Last Crusade – The Rose Red City Petra is a place anyone interested in history, ruins, or just cool places, needs to visit.

What was the Nabataean kingdom?

The Nabataean kingdom was one of the most dominant civilizations in the area from approximately the 6th century BC. They lasted independently for over 700 years until in 100 AD they were absorbed into the Roman Empire. Before this, they were incredibly powerful and their kingdom managed to spread from modern-day Yemen all the way to Damascus.

Unfortunately, despite having been this large, they left behind very little written words. This is probably due to the fact that the refused to create written content. Their cities lack libraries, their temple walls lack inscriptions. Very little has been left behind for historians to sift through. The big question is why? Why not write anything down? They had the ability, yet they refused to use it.

Petra is both a literal crack hidden inside of a mountain, and a historical one; being one of the most significant structures left behind by the Nabataean kingdom. The city itself flourished all the way up to 663 AD, being a huge center for trade in the region. Yet after this, it was lost and forgotten about, with it only reappearing over 1000 years later in 1812.

Today, the Rose Red City Petra is designated as an archaeological park and a UNESCO World Heritage Site. It is open to the public both during the day and at night, yet both require paying an entrance fee. The entrance fee is 50 JD (70 USD) for 1 day, 55 JD (78 USD) for 2 days, or 17 JD (24 USD) for one night.

What to See in Petra, Jordan

The Siq is the long, narrow crack in the mountain which functions as a sort of driveway to the main attraction of Petra. It is over 2km long and if you look carefully at the walls of the canyon as you go, you’ll be able to spot some small and simple carvings. Whilst the Romans were here, they built terracotta pipes into the sides of the canyon, the remains of which can also be seen.

Once you’ve made your way through the Siq, you’ll be confronted by the Treasury. This is the area which you probably know from it’s screen time in movies such as Indian Jones. The ornate structure was carved into the mountainside in a relatively quick time. Some historians believe that it was actually rushed, yet the reason for why is unknown.

At the top of the carvings, you’ll notice an urn which is rumoured to contain the treasures of the Pharoh. There are numerous bullet holes which attest to this fact, as curious travelers have shot at it over the years.

If you manage to make it here early enough (pre 7 am) you should have the area completely to yourself. You’ll feel like you’re Indiana Jones.

Between the Treasury and the Roman Theater, there is another long Siq. Here you’ll be able to spot many different tombs and carvings. After you’ve traveled through the Siq though, you’ll end up at The Roman Theater.

This 7000-seat theater is known as the Roman Theater as it was they who expanded it after the Nabateans gave their kingdom to the Romans. However, it is originally Nabatean in design, and the original structure was built by the Nabateans. Occasionally you’ll be able to see a performance held here. Make sure to ask before you book!

The Royal Tombs are known as such because they are the largest and grandest in the area. Whether they were designed for royals though, is not actually known. Another mystery of The Rose Red City Petra.

The Monastery s is the largest carved monument in Petra. Whilst designed similarly to the treasury, it comes in at 50 meters high by 45 meters wide. Also similar to the treasury though, the inside is much, much smaller. The Monastery also features a much larger plaza in front of it, which was actually carved out by the Nabateans.

If you’re willing to organize a trip during the evening, then Petra at night is an incredible sight to behold. It’s much cheaper, at only 17 JD (24 USD) for a ticket, and you’ll be treated to a much more unique experience.

First, you’ll be shown a play comprised of Bedouin music whilst surrounded by candles. You’ll then be served some local tea and sit on mats in the Treasury, as though you were living there 2000 years ago.

It’s generally better to try Petra at night the evening before you go there during the day. The reason for this is that once you’ve seen it during the day, the shadows and darkness don’t retain their mysterious impressiveness. That’s what makes the Rose Red City Petra, at night, so impressive.

It might not be the easiest of places to visit, but Petra’s combination of history, unique sights, and access to an ancient culture, make it one of the most interesting travel destinations in that part of the world. Just make sure to visit during either Spring (March – May) or Autumn (Late September – Early December) as the summer temperatures are incredibly hot.

Agness Walewinder
Travel freak, vagabond, photography passionate, blogger, life enthusiast, backpacker, adventure hunter and endless energy couchsurfer living by the rule "Pack lite, travel far and live long!"
Do you want to contribute?
Publish your guest post on Etramping!
PrevPreviousHow Does Travelling Make You a Better Person? What You Need to Know
NextLove is in the Air – The Most Romantic Places in Asia to Spend Valentine’s DayNext 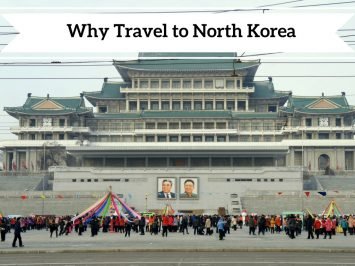 Why Travel to North Korea 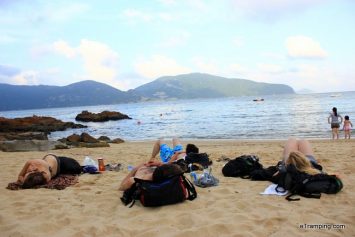 One Day Hiking in Hong Kong

6 thoughts on “Uncovering the Rose Red City, Half as Old as Time: Petra, Jordan”