On Tuesday, September 21st 2021 people all over China will be celebrating Mid-Autumn Festival!

What does it mean?

For us in the West, it is another day, for Chinese and some neighboring countries, it is a very important tradition which carries a strong connection to the full moon (that is why it is called the Moon Festival in honor of the moon).

The Mid-Autumn Festival is held on the 15th day of the eighth month in the Chinese calendar. This year it falls on 21 September!

This Festival which is a national bank holiday in all provinces in China features the amazing idea of seeing the same moon phase on or around the same date. On this day, all family members gather together to pray and have dinner.

Afterwards, children carry lanterns and stroll in parks or gardens or release them into the sky.

Mid-Autumn Festival is also often called the Mooncake Festival for a traditional baked delicacy exchanged among family and friends.

Mooncakes typically have a round shape which symbolizes unity and completeness. They come with difference sizes from very tiny to very massive ones (from 10 to 20 cm in diameter and 4-6 cm thick).

During the Mid-Autumn Festival, the head of the family cuts the mooncakes into pieces and distributes them to each family member, signifying a family reunion.

Mooncakes are usually kept in traditional Chinese boxes so that they can look beautiful as a gift.

Every mooncake has a very rich thick filling usually made from lotus seed paste and red bean. It has a thin crust and might contain salted duck eggs and yolks. The filling can be also made of sugar, jujube paste, ham, fruit or cream.

They are usually eaten in small wedges accompanied by traditional Chinese tea.

Each year we spent in China, we have been given about 20 different mooncakes from parents and teachers from our kindergarten, Chinese friends and neighbors. They would probably last till the next Mid-Autumn Festival.

We both enjoy mooncakes a lot, but you can’t have too much of them as they are way too sweet and they make you feel sick if you eat too much of them at one go. They are very heavy for the cakes and its thick consistency makes you wanna drink a lot of water.

Why do we celebrate the Mid Autumn Festival?

We celebrate the Mid Autumn Festival to untie and spend time with family, get relaxed and pray together for peace and health in the upcoming year. It’s also the time to eat mooncakes and watch the moon.

What does the Mid Autumn Festival symbolize?

Mid-Autumn Festival symbolizes unity and harmony. These are also the symbols of the moon in Chinese culture.

How long is Mid Autumn Festival?

Public National Holidays due to Mid Autumn Festival are typically held in China, Vietnam, Japan, Taiwan, Singapore, Malaysia and the Philippines. However, a growing number of people, especially expats from East Asia, celebrate the festival all around the world.

How can I get a mooncake outside of East Asia?

Your friends may gift you a mooncake regardless of where you are, but you can also order some online or make your own using a mooncake making mould.

When should you eat mooncakes?

Traditionally, you should eat mooncakes you received with family in the evening, while looking at the moon. However, most people receive so many mooncakes, while they are so filling, that they eat long after the Mid Autumn Festival is over.

How long can mooncakes be kept?

Traditional mooncakes can be kept for up to 3 months (the baked ones). Other types, like “snowy” mooncakes, are best eaten within 2 weeks.

Should mooncakes be refrigerated?

While not mandatory, it’s best to keep mooncakes in the fridge, especially if you plan to eat them over the coming weeks. Baked mooncakes can last quite a long time in room temperature if they are sealed properly.

Short answer – YES. While there are many kinds of mooncakes to choose from, the majority are very sweet.

Mooncakes contain a lot of sugars and fat which doesn’t make them very healthy. Please enjoy mooncakes in moderation.

Agness Walewinder
Travel freak, vagabond, photography passionate, blogger, life enthusiast, backpacker, adventure hunter and endless energy couchsurfer living by the rule "Pack lite, travel far and live long!"
Do you want to contribute?
Publish your guest post on Etramping!
PrevPreviousBest Fan for Tent Camping
Next24 Hours in Copenhagen – What Not to Miss in the Danish CapitalNext 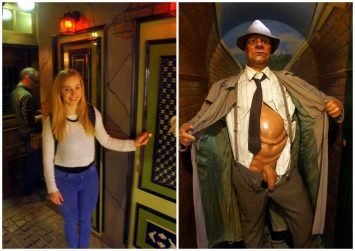 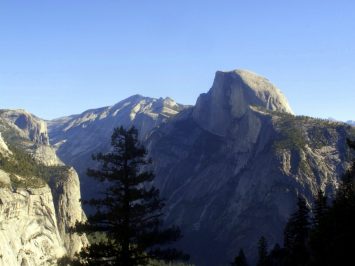 California For Less Than $25 A Day 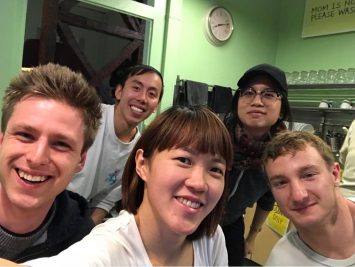