Most Common Rip-offs in Ha Long

Being a foreign traveller in Ha Long means being an easy target to local scams. You can get ripped-off not only when booking Ha Long Bay tour but there are many situations when you might be a victim of scams or rip-offs and you probably wouldn’t know. We spent 5 nights in Ha Long exploring both sides of the city cycling, interacting with locals and learning a lot. We learnt that this city is a very creepy place where locals try to get the last dollar out of you. Here are some things you should be aware of when staying in Ha Long:

Hotels and hostels are much cheaper on the other side of Ha Long, the city centre, at least twice cheaper than you will get close to main Ha Long Bay. Locals will try to tell you the good price is VND300.000-500.000 a night but it’s not true. They say VND 200.000 is an absolute minimum, also not true, even in the season. You can get a nice place to stay overnight with Wi-Fi in Ha Long City (across the bridge) for 180.000 or less if you bargain.

There are no prices in the menus so the restaurant staff are likely to quote the total price of your meal. If you dress posh, you will pay more so always ask for the price before you order the meal and try to pay in advance. People are likely to charge you for some ice or straws, just to take more money out from you. It is the same with drinks and getting street food. You need to be extra careful when eating out in take away restaurants, the ones where you can put as much food as you want and pay the fixed price. You will be told that a bowl of whatever food you take is VND30.000, then you put some meat and fish and suddenly you are asked to pay double price (they say the meat and fish are more expensive). Just take the food you want, leave VND30.000 on the counter and just leave.

When buying fruits of vegetables on the market look around and ask different sellers what their prices are, or look what other locals pay, and then you will find the right price. Never ask sellers who stand nearby, they communicate with each other and are very loyal.

The best way is to take a motorbike. To get from Ha Long city centre to the bay we paid VND30.000 a person for the ride (there is only one person allowed per motorbike). The ride was pretty long, about 15 minutes and the price was great. In order to get from the bay back to our hotel some drivers asked for VND100.000 for two people which is nearly twice more expensive than it should be (be careful- they will assure you the price is fixed).

Avoid taxis if you want to communicate on the cheap. They are metered, but the meters are quick. Before you get to the taxi ask for the price. We took the taxi once and before we got in, we agreed the price with the driver, then he turned the meter on, and at the end of the ride the price was higher than we agreed at first and the guy was trying to get more money. We simply left the agreed amount of money on the seat and said goodbye to him :).

Learn from our mistake and book a tour to Ha Long Bay in Hanoi. People are much more flexible there, nicer and more likely to bargain unlike locals in Ha Long. You can easily get ripped-off when going for one, two or three day tours being extra changed on the road, the food might not be as good as they say and the boat will be overcrowded.

Never let the doctors, nurses or any other hospital staff buy prescriptions for you. They will spend not much money (Vietnamese currency) and ask you to pay the money back to them in dollars which, as in our case, was 4 times more expensive! They will also charge you a lot for checking the blood pressure, checking the temperature ans so on even if you feel well and have some rash only. It is a great moment for them to take some extra money from you.

If you have any other questions regarding the prices in Ha Long Bay or other Vietnamese cities/ towns, just leave a comment underneath. 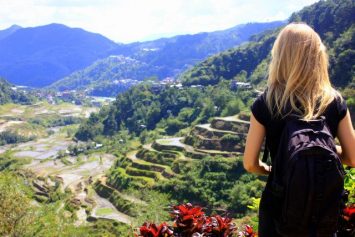 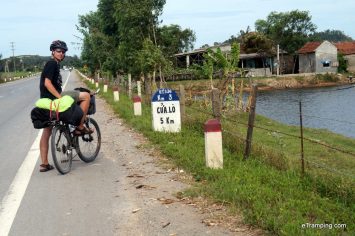 5 thoughts on “Most Common Rip-offs in Ha Long”