In the Middle of the Vietnam War…

Have you ever heard of Cu Chi Tunnel by any chance? At school? Watching historical movies, documentaries on Vietnamese war? I visited it and thought some facts regarding the tunnel and the Vietnam War (1955-1975) might be interesting for some of you (it was for me).

How to get to Cu Chi Tunnel on your own

To start with, I need to point out that getting to Cu Chi Tunnel is extremely easy and cheap. Therefore, don’t go to travel agencies to book your 4-hour tour because (reason #1) is it way too expensive (you get charged VND110.000 just for the bus and the lunch which is included in your entry ticket which is not included in your tour price) and (reason #2) you can stay there all day (until 5pm) if you wish so and the tour gives you only 4 hours in total to explore the tunnel.

All you need to do is to go to the bus station and catch the bus no. 79 which costs (as far as I remember) VND7.000 a ticket. You can get the earliest bus at 6am and the latest one at 5pm. Don’t miss your bus at 5pm as you won’t get any later.

You can either pack your own food or go to the local restaurant (I had my own dinner prepared).

The bus will drop your off right in the front of the main gate from where you need to walk a few metres to spot the ticket office. You will be given a tourist guide who will show you around the forest and tell you some stories about the tunnel. His services are included in the ticket, not the tour you get from the agency.

Before we entered the forest we passed by a natural park.

There were some temples we went to.

Have a look at some photos we took there. The temples and the park looked lovely!

Names of some heroes who lost their lives defending their country during the Vietnam War.

We went deeply into the forest and followed the signs.

As we crossed the forest, we stopped for a while to see the remains of the Vietnam War: bombs, grenades and various kinds of weapons locals used to defend themselves.

Remains of the War.

Our guide, as he said, was a veteran of the Vietnam War.

The bombs were located all over the place.

This is how Cu Chi people were dressed during the War.

We also watched a short documentary movie explaining how the War has started, how locals were fighting and how the Cu Chi Tunnel was build. The Tunnel was created in the forties and fifties of the twentieth century, when Vietnamese guerrillas fought with the French. Thanks to the tunnel, locals could move in an uncontrolled way between the villages.

Apparently, it was then around thirty kilometers of such sidewalks. The development of the system took place during the battle with the army of Southern Vietnam communist guerrillas.

The entrance was very thin and narrow, very hard to get into.

But we both managed to get inside.

That’s me… trying to squeeze in…

The tunnel served people as the underground storage of weapons, storage and shelter. After the entry of Americans who unknowingly built one of the bases in this region, the total length of the corridor extended to more than 200 kilometres.

In some places, the system consists of three levels of corridors connected by ramps and wells. The corridors are very narrow. Some rooms are located just beneath the surface, there are pits imitating thatch roof.

It was pretty dark there.

We got to the shared section called Ben Dinh Cu Chi, which is located on part of the former plantation of rubber trees (rubber) Phil Hall. Today, the rubber tree is no longer here.

The tunnels have been partially destroyed by the carpet bombing. They were, however, restored on an ongoing basis or replaced.

U.S. troops discovered the underground command center Saigon Cu Chi district, which was located somewhere near the shared portion of the tunnels. There they found thousands of documents, including a detailed list of contributors undercover Viet Cong in Saigon, and plans, attempted to effect the assassination of McNamara, President Johnson’s advisers. Would-be contractor was on the ground caught and sentenced to death.

Here we can see the hospital being located inside the Tunnel.

That was the meeting room.

We tried some food eaten back in 1955- pealed and boiled sweet potatoes with salt and peanuts.

The tunnel with a length of 100 meters, was, in the words of our guide, twice extended from the original and much increased. Despite this. In some places in the more steep parts, I had to sit on the ground to fit. It is quite stuffy, humid and hot. It wasn’t, of course, lit with electric lamps back then. Despite this, most of the participants withdrew from the tour after a few meters and ran the first evacuation exit (which are approximately 25 meters).

The tunnel walls were white, slightly tinged with red. It all gave us the impression that something has been cured or impregnated. But it probably was not any impregnation, the land, that’s how it looks up close.

Tunnels should be treated as local creations, built and used locally, often at the request and Viet Cong forces. Were used to hide people, weapons, food and medical supplies. Also serve to move people, but the relatively short distances, and to keep the local fight against the Americans. Transport for long distances took place while on the surface, at night, when the Americans withdrew carefully to their bases.

Everything was perfectly hidden.

One wrong move and you fall into this… (ouch!)

I really enjoyed my trip to Cu Chi Tunnel. It was a great history lesson and amazing place to visit. I also bought a beautiful Buddha necklace to keep reminding me of this place.

More photos of the Cu Chi Tunnels available in our gallery –> https://etramping.com/cu-chi-tunnel-the-battleground-of-the-vietnam-war. 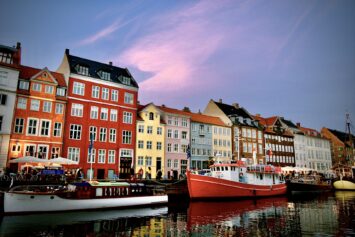 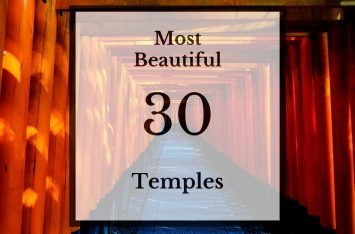 3 thoughts on “In the Middle of the Vietnam War…”