Every time I step foot in the back alley behind my apartment in China I can’t help but smile. The strong aroma of grilled lamb mixes pleasantly with the sound of noodles being slap-stretched on a table, every part of it reminding me that although I am technically in China the cuisine here is far from what most people consider “Chinese”. Ever since 2006 the region of Xinjiang – the largest and westernmost in China – has been my home. People always ask me why I decided to move way out in the middle of nowhere instead of somewhere along China’s bustling east coast and I always respond with two reasons: the people…and the food.

The further west you travel in China the more ethnic minorities you’re bound to run into; people like the Hui, Uyghur, Kazakh, Mongol and Tajik among many others. Not only are these people incredibly hospitable and interesting to speak with (many, but not all, speak Mandarin), there’s no better way to experience their culture than to sit down and eat an authentic meal. Whether you’re able to journey as far west as my home here in Xinjiang or you never make it past the famous Xi’an Muslim Quarter, this foodie’s guide to China’s west will give you a good idea of the best foods to try.

As the largest minority group of the 56 recognized by China, the Hui people stretch along a large swath of China’s northwest, from Xi’an to Xinjiang. Often referred to as “Chinese Muslims”, their most notable contribution to Chinese cuisine is an incredible dish known as DaPanJi.

Describing this dish really isn’t that hard because, well, it basically describes itself! It’s a big plate of chicken. But we’re not just talking about the chicken breast here; it’s the entire chicken

If you can get past that small detail, though, it’s an incredible tasty dish. It’s often cooked with potatoes and onions in a spicy red sauce and because of its size is usually shared among a group of four or more people.

I always tell anybody who eats DaPanJi to remember two important things to complete the experience: order naan (local break) to dip in the plate during the meal and finish it off by asking for some flat noodles to soak up the remaining sauce.

The Uyghur people of China make up almost half of Xinjiang’s population and have a heavy influence on the region, particularly the south. Unfortunately they’ve been branded with a negative image thanks to some ethnic tension but you’ll find that they really are nice people and their food is incredible.

You can’t walk more than 50 meters in Xinjiang on a summer evening without running into a kebab stand. I’ve had my share of kaorou in cities like Beijing and Shanghai, but trust me when I say that it’s nothing compared to what you can find on the streets here.

A skewer of lamb, alternating between meat and fat, is grilled to perfection and seasoned with both cumin and some sort of red pepper mixture. The oil from the kebabs can be put to good use when served on top of Uyghur flat bread that soaks in the flavor.

While it’s entirely possible to make a meal out just kebabs, I prefer to order a few in addition to some other dish I plan to eat.

Rice pilaf is a common dish all throughout Central Asia and the Uyghur have developed their unique version. For the Uyghur, the rice is cooked together with different variety of carrots and sometimes even some delicious local raisins. It is then topped with a good portion of their famous lamb in the form of either bone-in chunks or small boneless pieces depending on where you go. Uyghur polo is almost always served with a small side of carrot or cucumber salad in vinegar which many people, including myself, enjoy eating together with the polo instead of separately.

Whereas the Chinese staple food is rice, the Uyghur staple is noodles. One of the most fascinating phenomenon to witness is the creation of these noodles which are first rolled out and then stretched by hand in a series of throws and table slaps. Laghman is a dish that combines these long noodles with a topping of mutton meat and vegetables in soy sauce or black vinegar. It sounds pretty basic – and it is – but the result is incredibly delicious. There are a few different variations of laghman so don’t be surprised if you’re at a restaurant and they ask you “what kind” you want. If that happens, just tell them you want “meat and vegetables”.

Although they don’t make up a large portion of China’s population there are parts of western China, particularly the border regions, which are almost 90% Kazakh. Best known for their nomadic lifestyle, the Chinese Kazakh also distinguish themselves by serving one kind of meat nobody else does: horse meat.

The funny thing about horse meat is that, at least in my experience, it’s hard to tell the difference between it and any other kind of sausage when eaten. It’s an expensive meat but the local Kazakhs believe that it provides physical strength and promotes health, especially during the cold of the winter. In this customary Kazakh dish, the horse sausage is sliced into thin pieces and served either on a bit plate or in a soup (which then becomes called “Narin”). The meat is usually missed with noodles, onions assorted other vegetables.

Josh has lived and traveled all over China since 2006. He currently resides in Urumqi, capital of the Xinjiang region, where he continues to explore the natural beauty, cultural diversity and culinary gems of China. He loves writing and shares what he’s learned about travel in China on his Travel China Cheaper site. 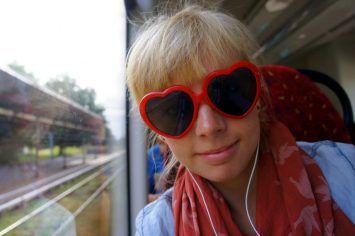 Can You Still Travel the World with Vision Problems? 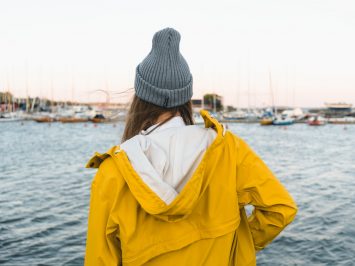