Walking the Walls of Dubrovnik: History

Walking the Walls of Dubrovnik is more than just the Game of Thrones tour of Kingslanding – Dubrovnik City Walls have been around much longer than the HBO TV Series!

In fact, our today’s tour of this Croatian city and it’s partitions from the rest of the world will focus on the history – the history of the Walls of Dubrovnik!

Without further ado, read on to learn how these walls came to be and have shaped across the centuries to be what they are now – the majestic backdrop for photos of most tourists who come to Dubrovnik.

If you haven’t sorted your transportation to Dubrovnik yet, here’s a place where you can do it easy and cheap.

A History Of The Walls Of Dubrovnik

There’s an inscription above the gate of Lovrijenic, one of the fortresses integral to Dubrovnik’s defenses, that translated means ‘liberty should not be sold at any price’. It’s a motto that the imposing City Walls dominating the view of Dubrovnik have certainly adhered to over the centuries as they’ve played a major role in defending the city.

These spectacular defences have helped repudiate attacks down the years from the Saracen siege of 866 up to and including the attack on Dubrovnik of 1991-92 during the Croatian War of Independence, and even withstood an otherwise devastating earthquake in 1667.

This long and storied past is a big part of the attraction of this part of the world – and something people plan for when booking the beautiful villas in Croatia that are, themselves, turning this into an increasingly popular luxury getaway. Our guide explores the story a little more, so you can appreciate the magnitude of what awaits.

A Long and Chequered History

It’s thought the City Walls actually date back to the Middle Ages, but the actual walls the multitude of visitors descending on Dubrovnik step out on a date back to a period after Regusa (the previous name for Dubrovnik) rid itself of Venetian rule in 1358. They were constructed between the 14th and 15th centuries.

The impressive walls are 1940 meters long (just over half a mile) in total, reach heights of around 25 metres at certain points, have six fortresses integrated, and offer those taking a popular City Wall walk lovely views of the city from the towers created by Florentine master architect Michelozzo, elevated views of the Old Town, and spectacular vistas out to the Adriatic Sea.

Those walking the famous old walls now would hardly believe the historical events as various invaders tried their luck down the years; the City Walls played their part in protecting the old Ragusa from unwelcome guests and, more recently, provide locations for the hit television series ‘Game of Thrones’.

This major Saracen raid laid siege to Dubrovnik in 866-867 and lasted a long fifteen months; it’s not recorded how much damage was done but surviving such a protracted siege shows how well Dubrovnik was protected.

The Venetians were seen as the main threat and influenced the building of fortifications, but their attempt to take Dubrovnik failed.

Stefan Nemanja, grand prince of medieval Serbian state Raska, tried an invasion but was driven back by a Ragusan counter-attack.

Another attempt by the Venetians as part of the Fourth Crusade resulted in Ragusa having to pay a ‘tribute’ to avoid being sacked; the city was used as Venice’s naval base in the south Adriatic.

After Venetian rule passed this prompted the commencing of the major work boosting fortifications as discussed above, the walls that stand today being a result of this.

Stjepan – a Bosnian regional lord – had been made a Raguson nobleman but decided to attack the city. He was declared a traitor with a price on his head for anyone who could kill him. This was enough to put him off and the siege was lifted.

This siege was a successful one: the Russian and Montenegrin fleet, as part of the forces of the First French Empire, fired over 3,000 cannonballs onto the city and the French army, led by Napoleon Bonaparte, entered the city through the Pile Gate – the same way most visitors now begin their City Wall walk.

At this time the British Royal Navy dominated the Adriatic Sea and, in conjunction with the Austrian armies invading places such as Northern Italy, represented a formidable force.

Two heavily armed Royal Navy ships arrived and bombarded the city until the French General in charge, Joseph de Montrichard, surrendered. Once again, the victorious armies entered the city through the Pile Gates.

Dubrovnik and the surrounding area was attacked by the Serb-dominated Yugoslav’s People’s Army as part of the Croatian War of Independence in a conflict that lasted from late 1991 to early 1992; Croatian counter-attacking lifted the siege and liberated the area. Some 68 percent of the Old Town’s buildings – 563 in all – were hit during the conflict with nine being completely destroyed, and it was said that had it not been for the famous old City Walls the toll could have been far higher. You could visit the museum chronicling the conflict as part of your trip. 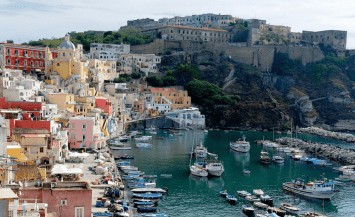 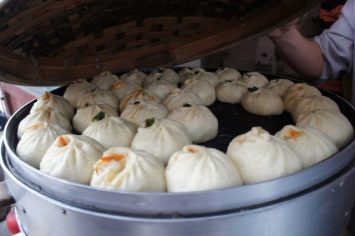