Traveler Home Security for When You’re Away

Do you travel a lot like me and Cez?

Is your home protected?

If you’re like most people, you never think it will happen to you. But, statistically, you have a one in thirty-six chance of having your home burglarized. If you’re not home, you make the crook’s job very easy. No one will be there to stop him (or her).

According to the FBI’s crime reports generated every year, the trend for crime is decreasing, but even an average take from a home is $2,230. This doesn’t account for the psychological cost to you when you find out you’ve been violated. Cities like Memphis, Detroit, Flint, Stockton, Anchorage, Rockford, Lubbock, Las Vegas, Nashville, and Little Rock have some of the highest crime rates in the country.

Cities like Spokane, Fayetteville, Little Rock, Columbus GA, San Antonio, Springfield MO, Lubbock, Montgomery, Fresno, and Miami all have high property crime rates. Here’s how to protect yourself and reduce your risk of becoming a victim.

1) Get Remote Control Of Your Alarm System At Home

The newer alarm systems on the market will send an alert to your phone if something happens while you’re away – imagine that. You can set such systems to send you a real time, immediate alert via text or email. You may not be able to do much while you’re out of town, but you can notify the police and they can respond as quickly as possible. These notifications work even when the system isn’t armed. So, if a crook is smart enough to disable your system before breaking in, you’ll still catch him in the act.

You can also keep tabs on non-criminal things, like whether a door was opened (if you told your neighbor to come by and feed the dog every day), whether the system has been armed or disarmed, and even whether there is low temperature in the house, or there’s water in the basement.

These features do not come with all alarm systems, so make sure you ask about it before you sign up for a particular service. Mostly, you’ll find these features on high-end systems. The text feature is especially nice, since it pushes notifications to you over the SMS network – you don’t have to actively check your email.

There’s nothing more inviting for a criminal than an empty home – especially one that looks empty. How do you make it look like you’re home when you’re not? Get a light timer. Light timers turn your lights on at preset times throughout the day.

Pay attention to your own schedule. If you normally leave for work at 6AM, have the lights come on at about 4:45 or 5PM when you are on vacation. Then, have them go out at about 6. Have them come on again at night until your bedtime. Unless a crook is watching your home like a hawk, he will think there’s someone living there.

Another good tactic is to have a friend come on over and stay for the week or however long you’ll be away. House sitting is cheap (most people will accept the free rent as payment), and you’ll actually have someone at the home. If it’s a senior citizen, they’ll be there all day long. If you don’t know anyone that could house sit for you, advertise your place on VRBO.

You’ll get paid for being out of town, and you’ll reduce the risk of you being robbed. Just make sure you properly screen your guests before you rent to them. There has been at least one case of crooks using VRBO as a cover for a home robbery. What could be easier than renting the home you’re about to rip off – the homeowner lets you right in the door.

Reviews are a good first step, but you may also want to do a quick criminal background check. You can always protect yourself by moving your valuables off-premises into a secured storage facility.

Don’t tell a lot of people you’re going out of town, especially if you’ll be away for a long time. People have a bad habit of advertising everything they do on Twitter and Facebook. A tech-savvy thief uses these sites to scout for potential victims. Several years ago, police arrested Victor Rodriguez, Leonardo Barroso, and Mario Rojas on several charges, including burglary. These crooks used Facebook to scout the victim’s homes. How much did these bad guys steal? According to police, between $100,000 and $200,000 worth of property from multiple homes. Ouch.

Let this be a lesson to you. One post or tweet could end up leaving your home and family exposed.

Do you feel safe when you leave your home to travel?

Agness Walewinder
Travel freak, vagabond, photography passionate, blogger, life enthusiast, backpacker, adventure hunter and endless energy couchsurfer living by the rule "Pack lite, travel far and live long!"
Do you want to contribute?
Publish your guest post on Etramping!
PrevPrevious10 Chinese Street Foods And Drinks I Miss So Much It Hurts
Next12 Things To Do In Delhi For Less Than $25 A DayNext 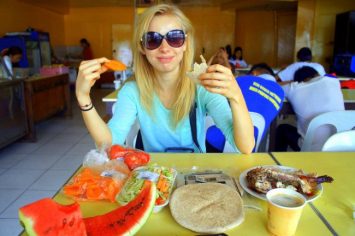 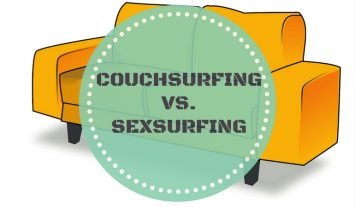 Couchsurfing or Sexsurfing? What is the Difference Nowadays? 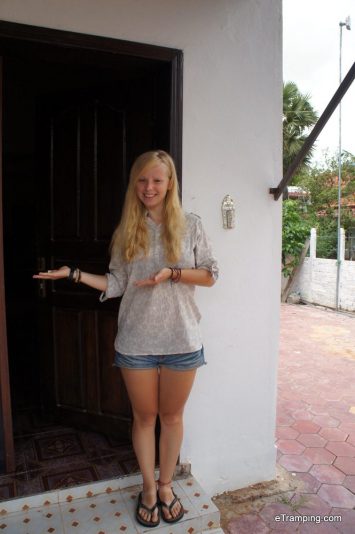 Traveling the World under $25 a Day in style! How? Housesitting!

13 thoughts on “Traveler Home Security for When You’re Away”