Berlin For Less Than $25 A Day

Berlin has long been one of the top travel destinations in Europe and as Berlin celebrates 25 years since the fall of the wall that once split it and the entire of Germany, there are more people than ever traveling to enjoy this unique city full of both history past and present.

As one of Europe’s central hubs for international traffic, Berlin is incredible easy to get into with more short and long-haul carriers offering competitively priced flights to Berlin Tegel Airport, new bus routes opening up and being extended by national carries like Meinfernbus, and trains along the Deutsche Bahn that are highly reliable with typical German precision for time keeping.

Of course, getting from the airport to the city centre is also very easy thanks to many Berlin airport transfers available.

Cheap transport options into Berlin vary depending on the departing location, but there are regular sales and cheap flights to be found with companies like Jet Radar.

Cheap options are available for every budget and group size. Whether you’re traveling alone, in a pair, or as a family; there is a broad selection of cheap hostels, hotels and apartments to choose from. As part of the regular Eurail and backpacking route for younger travelers, there are of course several hostel options that will keep you below your $25 a day budget, with comfortable dorm rooms available at cornerstones hostels like Generator and Pfefferbett Hostel for around $15. For larger groups or for those who like a little more privacy, Berlin is home to one of the biggest selections of rentable apartments through sharing-economy sites like VRBO. If planned far enough ahead of time and with enough people, there’s no reason you won’t find somewhere all to yourself for the same price you might pay to share in a dorm room with complete strangers.

With Berlin being a major city, the prices of accommodation do come at a higher premium than they might do in other cities like Leipzig or Hamburg, so if you’re really keen to get the most out of your $25 a day budget, perhaps you might consider ‘living with a local’ experiences like BeWelcome or Couchsurfing.

The transport network in Berlin is one of the best in Europe. Across a metro, train, tram and bus network that runs throughout the day and into the early hours; there always seems to be an option to get you from point A to point B, regardless of how early in the morning you want to start your sightseeing, or how late at night you fall out of one of Berlin’s most notable clubs.

Tickets purchased for any of the above should be usable across the network, with day tickets starting around €7 / $8.50. If you really want to save some money, however, you could use the regularly used tip of purchasing a ‘Vier Fahrten Karte’ or ‘Four Single Use Tickets’ for €8.80 / $11 and split these with a friend. As Berlin is quite small, transport isn’t really required until right at the end of the day and you can’t take another step, then you jump on the U-Bahn (underground metro) to take you back to your hostel or hotel.

For people who feel much more natural upon a bicycle rather than their feet then there are two great options in the city that will for for your $25 a day budget for Berlin. Firstly, the Deustch Bahn operates a Call A Bike rental service which can be rented by the minute using your mobile phone, but this is much easier to set up and run for those with a German SIM in their phone, so out best recommendation (and more interesting for us) is a new website called Bikesurf.org which enables people to rent a bike during their stay from locals, sometimes for free, but mostly for a small donation. It’s a great way of putting money into the pockets of other people who might be saving for travels of their own.

The vast majority of Berlin’s more notable postcard picture attractions are easily walkable and can be seen in a few hours. In less than an hour you can walk a path past Potsdamer Platz, the Memorial to the Murdered Jews of Europe, the Brandenburg Gate, on towards Museum Island – and finally – Alexanderplatz and the TV Tower.

Most of the better attractions and museums do come with a entry fee so if you’re planning on seeing some of the better collections at museums on Museum Island you may have to extend your $25 a day budget a little bigger, but if you’ve not the funds to do so, most of the attractions above are free to walk around and photograph.

One of my own personal favorites is Tiergarten park which is so easy to get lost in with your camera at hand for the perfect Instagram picture, to feel at peace in whilst you read a book, or to pay your respects at the Memorial to Homosexuals Persecuted Under Nazism.

There are also free walking tours for those who like to have a guide at hand to explain the history of the city as you walk around Berlin, the most notable and one we’d recommend would be the Sandeman New Berlin Walking Tour which is free to join, but welcomes donations for their guides. Typically the guides work really hard to entertain you so anything you can donate from the smallest note to the biggest sum is greatly appreciated.

There are also several paid walking tours if you’re looking for something more premium/professional.

Another great free activity that both my traveling partner Franca and I love to do is go street art hunting, of which their is an abundance of across the city.

Outside of Mitte – this central sightseeing part of Berlin – are a number of districts which are more like small towns, where Berliners spend their entire week between work, incredible bars, and all types of international restaurants. Less than ten minutes away from the must-see attraction of the East Side Gallery is Kreuzberg, the hip-and-happening hotspot for hipsters in the city, where most of the best vintage and design shops can be found in between cafes that sprawl across the pavement with bearded hipster men and incredibly fashionable women seated and enjoying a beer and a kebab no matter what the weather.

Kebab in Berlin is a big thing, no matter if you’re standing in a long line at Mustafas Gemuese Kebab for their notoriously famous “best kebab in Berlin” or buying one last thing at night from the men inside of the U-Bahn stations. Currywurst is of course a cheap and cheerful option for people on the go, but you can find some pretty cheap food in areas like Neukölln where there’s an abundance of great Eastern European and Asian restaurants to choose from, starting at around $5 a dish.

Kebab in Berlin is a big thing, no matter if you’re standing in a long line at Mustafas Gemuese Kebab for their notoriously famous “best kebab in Berlin” or buying one last thing at night from the men inside of the U-Bahn stations. Currywurst is of course a cheap and cheerful option for people on the go, but you can find some pretty cheap food in areas like Neukölln where there’s an abundance of great Eastern European and Asian restaurants to choose from, starting at around $5 a dish.

Being a vegan traveller myself, I was over the moon to find that the options for vegans in Berlin is one of the widest I’ve come across in mainland Europe. Almost every restaurant in the city has at the very least a vegetarian option that can typically be veganised on request.

Berlin now boasts the most amount of purely vegan restaurants in Europe and was recently voted ‘Best City in the World for Vegans’ in a poll by HappyCow; and vegan outlets and supermarkets starting to open up in the city too, they seem to be keen to remain the best.

Personal favourites are the vegan doner kebab at Voner which is incredibly filling and priced at around $5, but if you’re Couchsurfing at have a slightly bigger budget to spend or are happy to split the cost, the vegan pizzas at Sfizy Veg are to die for.

Dale is a second half of Angloitalian Follow Us team – the British-Italian couple of Dale Davies & Franca Calabretta. A full time traveling pair of vegetarians who’ve been searching around the world for interesting architecture, amazing art, memorable design and local music since the summer of 2012. 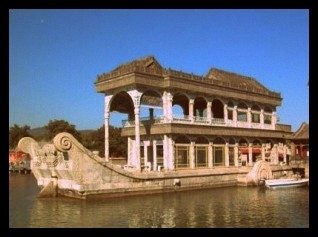 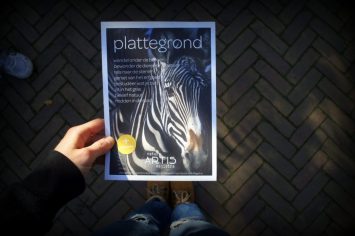