Polish vs. Dutch people: How We Differ And What We Have In Common

A while ago, I wrote a guest post for fellow travel bloggers of Always Trekking on 5 Differences between the Dutch and Poles (from a Pole’s perspective) and that made me think I should also share my thoughts here too, on my blog.

As I was living among Dutch people for a week (I know it is not enough to make objective comments or judgement),  I was able  to observe how they behave and live and confront it with the lifestyle and way of thinking of Polish people. Being in Holland actually made me realize how we (Polish people) differ from them (the Dutch) and here are the results of my observations:

This so amazing to look at Dutch families having fun on Sunday morning in the garden or having ice cream in the town. Without a doubt, Dutch people care a lot about their families and spend a lot of time together. The family always seems to go first. Grandparents take their grandchildren to football matches, parents watch TV with their kids, play in the garden and have a lot of fun together. Unfortunately, in most Polish families parents don’t find enough time for their kids. Everyone works their asses off to provide basic necessities for their kids so instead of playing football with their kids, parents work overtime at work.

That worries me the most about Polish people. They don’t smile a lot. They do look so miserable when walking down the streets. They don’t say hi if they don’t know you. They don’t stop to wave at you. Everyone is busy, unhappy and looks pretty depressed, especially in big cities. It’s such a cold and unwelcoming atmosphere in some places in Poland and it scares tourists off. In Holland, locals wave  at you in the street even when they don’t know you, they always say hi when they see you and stop to have a little chat. It is so polite, you wouldn’t believe it! They are very friendly and kind-hearted people. Poles, we need to smile more often, that’s for sure!

In Holland, you can leave your front door open and nobody will walk in without asking your permission. Neighbors rely on each other, they trust each other and care a lot. It is something incredible! They pay each other unexpected visits, bring some shopping and invite each other for birthday and housewarming parties, Sunday BBQ or tea time in a garden. It might sound awful, but in Poland, some neighbors are real enemies. They compete against each other making sure they have a better car, better-looking house and so on. Sometimes this rivalry has no limits, and one thing is certain – you should not trust anyone in the neighborhood.

#4 Dutch people are frugal, but not stingy

There are some silly stereotypes about the Dutch in Poland such as they are tall and skinny like a stick and very mean and greedy.  It’s true that many Dutch keep a tight watch over their money, but saying that they are greedy is way too exaggerated. They are definitely more money wise than Poles. We spend money on expensive holidays, nights out with friends, good cars and nice apartments. We don’t really save much, we don’t think about the future, we live like it’s gonna be the last day of our lives and  there is one thing for sure – we should learn from Dutch people how to keep an eye on our savings (if we start having some at all).

I am so sorry for all gay couples in Poland. They must be discriminated, people must be picking on them and give them dirty looks. Yeah, welcome to Poland – a country ruled by the Catholic Church which does not approve lesbian and gay couples. Actually, older people consider being a gay/lesbian as an illness and keep saying “it’s a disease of 21st century!” The majority of Polish society is disguised by them whereas in Holland nobody cares and you can express your sexuality without being judged. That’s right!

#6 Poles know how to have fun

We are very hospitable people especially when it comes to warm welcoming of foreigners with a few shots of vodka. It starts from just one and you end up on absolutely drunk and knocked down after few extra shots. When we have fun, we mean it and we dance and drink till the next morning, sometimes afternoon. Our weddings are so fun much fun while we enjoy the traditional Polish dishes between drinking and dancing. People go absolutely crazy with the alcohol, but I guess it will never change. We have it in the blood like Russians :). Dutch people, as opposed to Poles, prefer to party in a very posh, “well-behaved” way. They indulge themselves in a glass or two of red wine, they have a family dinner together, some cake, they chat a lot, dance, watch TV and play cards – all in moderation. Sorry, but we can’t do it this way!

What differences can you see between the Dutch and your country fellows? 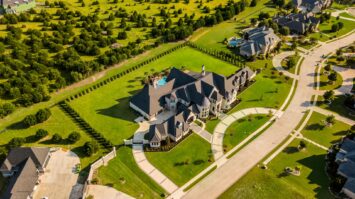 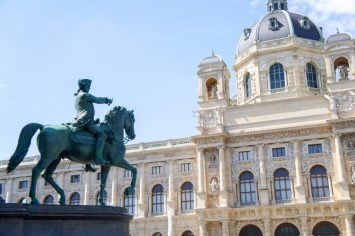 Top 3 Locations in Vienna for Taking the Best Photos 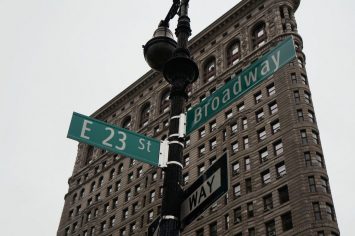 54 thoughts on “Polish vs. Dutch people: How We Differ And What We Have In Common”