Nature and Natives – Who Lives on the Hawaiian Islands?

A land of paradise and fire, Hawaii has long drawn inquisitive travelers, tourists and holidaymakers to its shores; enticed by a landscape one might find in Joules Verne’s Journey to the Centre of the Earth. It’s a dramatically diverse island archipelago – the most remotely inhabited of its kind in the world.

And inhabited it is, with an ancient ecosystem that’s been bubbling for thousands of years, an abundance of exotic flora and fauna, and a native population that will have you conjuring up images of grass skirts, rum drinks and coconuts. People flock each year to hotels, hostels and houses for rent in Hawaii, keen to immerse themselves in the island’s colorful, natural environment and vibrant culture – but what’s it really like? We take a look at who you might be sharing your island paradise with.

The indigenous tribes of the islands are the descendants of Polynesian peoples, who possibly arrived here during the 4th century. Today, there are some 400,000 inhabitants who classify themselves as “native Hawaiian, with many still living in the capital, Honolulu. Many still speak the local lingo too – in spite of English being the primary language which was ordered to be taught by law in the 1800s.

Popular culture has painted a cliched picture of the Islanders, and their history is a complex and turbulent one – not all filled with flower garlands and grass huts. They’re still a friendly people – just maybe not as much as you’ve been made to believe by Hollywood.

You’re basically going to be living on a volcano the whole time you spend visiting Hawaii – as the islands were forged from fire some 3.4 million years ago. It’s one of the few places in the world you can witness erupting, active volcanoes in relative safety, as the Hawaii Volcanoes National Park lets you get up close and personal to some unforgettable, evolving landscapes.

Three active volcanoes are evident on the islands with the landmass still growing. Take a guided tour or hike volcanic rock formations yourself – or keep to the informative visitor centre if you’re not comfortable – safety is paramount and you must heed the rules and regulations at all times.

Beautiful plants of all colors have long been synonymous with a tropical paradise, and Hawaii’s collection of brilliant flora is no exception. Perhaps the most famous of all is the Plumeria – which is to be found all over the islands – although it’s not indigenous to here. They arrived in 1860, and quickly thrived in the climate.

The bloom has an overpowering sweet smell, and it’s commonly used as the petal of choice for the (in)famous Hawaiian Lei – the flower garland. Interestingly, in modern Polynesian culture, if a woman wears the flower over her left ear – she is in a relationship, and over her right ear, she is single. Now you know what to look out for so you won’t get into trouble.

Also going by the less exotic name of Hawaiian Goose, the Nēnē is the state’s national bird. This is something of a controversy, since the animal nearly went extinct in the 1950s. This was due to hunting and the introduction of predatory species such as the domestic cat. Numbers of the bird dwindled to around 30 living examples, but thankfully it was successfully re-introduced, and although it’s still the world’s rarest goose – the hunting of the Nēnē is now strongly prohibited on the Hawaiian Islands. Punishable by being thrown into a volcano.

Technically not living on the islands, Spinner Dolphins still do venture relatively close to Hawaii’s famous golden beaches to use the shallows as mating grounds. As such, they’re pretty easy to spot – although the tourist board will advise you to keep your distance when they’re reproducing.

These guys are aquatic acrobats, famous for their mid-air axis spin as they leap from the water. Spinner by name and by nature. They’re not the largest in the dolphin world – only growing to about 6 feet, but they can be pretty dramatic if you’re lucky enough to catch a pod of them showing off in Hawaiian waters.

Interestingly enough, Hawaii only has one native land mammal, with the Hawaiian hoary bat the lucky exception. Sure, there’s deer, goats, pigs, wallabies and such like, but this little guy is the only land mammal endemic to the islands. We think that’s pretty special, so we’ve included him here.

However, actually seeing one is going to be your biggest problem, as they’re extremely reclusive and are classified as endangered on the islands. Happily – they’re close cousins are more widespread and in healthier numbers around the world – although they do have a serious nemesis in wind turbines.

How could we possibly forget? If you decide to pay a visit to the middle of the Pacific Ocean, you’d be joining approximately 6 million tourists that come to see the delights of the Hawaiian Islands every year. Most are likely to be from the United States and Japan, although folk from further afield have begun making the lengthy journey to indulge in everything the archipelago has to offer.

As well as the inhabitants we’ve covered here, there are almost countless other species of birds and sea creatures to enjoy, as well as the creepy crawlies of the insect world you might not want to run into. Hawaiian tourism is going strong for good reason – but go and find out for yourselves!

Have you ever visited Hawaii? Let us know your experiences!

Did you meet any of these inhabitants?

Agness Walewinder
Travel freak, vagabond, photography passionate, blogger, life enthusiast, backpacker, adventure hunter and endless energy couchsurfer living by the rule "Pack lite, travel far and live long!"
Do you want to contribute?
Publish your guest post on Etramping!
PrevPreviousTravel at Home – How to be a Tourist in Your Own City
NextCouchsurfing Guide: The Do’s and Don’ts of SurfingNext 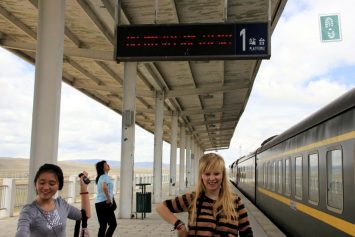 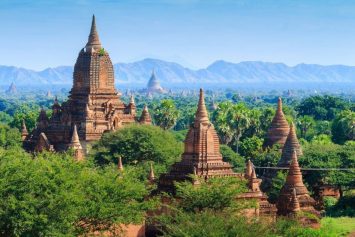 The 5 Best Places to Visit in Myanmar 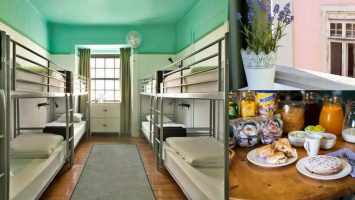 12 thoughts on “Nature and Natives – Who Lives on the Hawaiian Islands?”