Today’s post is contributed to Etramping by an awesome travel blogger – Jennifer Cooper of Travelbllgr, who is going to share her story about traveling alone with anxiety. –

I thought I would share with you my first experiences of traveling solo and hopefully make you realise that pushing yourself to travel alone can actually help you to overcome anxiety.

I don’t want this article to become like many similar articles I’ve read online, that make you feel as though traveling alone is the only way / best way to travel. Don’t worry if traveling alone is not for you, traveling with friends or in a group is also amazing.

The first time I travelled solo, I was 20 and in the second year of University. I decided to travel to South East Asia with a couple of my girlfriends, and then spend a couple of weeks in China with my (ex) boyfriend. I had a week that I would spend traveling on my own between saying goodbye to my friends in Bangkok and meeting up with my boyfriend.

I had spent the months prior to departing meticulously planning the trip, including where to visit, how much everything cost and how to get there. As this was my first ‘backpacking’ trip with friends, I wanted everything to work out – I guess this was either me being super organized, or a little anxiety showing, as the more I planned, the more in control I felt. Whilst planning the week that I would be traveling alone, I decided to stay in an upmarket hotel in Hua Hin.

Bad things happen in dirty, cheap hostels on the Khao San Road – not in upmarket hotels…right?

The day after I said goodbye to my friends in Bangkok, I navigated the Bangkok sky train on my own to the train station, managed to buy a ticket, and locate the train for Hua Hin. I felt content on the train as I sat next to a lovely Thai lady who chatted to me most of the way. I was a little nervous about the transport at the other end though as this would be my first time alone in a tuk tuk.

Outside Hua Hin train station I found a friendly tuk tuk driver to take me to my hotel, however throughout the whole journey there was a little voice in my head chanting ‘please don’t murder me, please don’t murder me’, whilst at the same time another voice was trying to reason, ‘many women travel solo, don’t be silly, you will be fine’.

Luckily, I escaped unharmed and arrived at my hotel. My hotel room was gorgeous, I had a king size bed all to myself and a large bath tub in which to unwind. I ate at the hotel every night, sunbathed by the pool every day and only left my hotel once to have a wander up the beach. I was petrified with the fear that if I left the confines of my hotel complex, I would be raped and murdered, as I was a girl traveling alone and these are the stories that I had heard all my life – either from friends/family or in the media.

I had listened and taken on board opinions from people who had never been traveling alone in their life and that had let fear control their lives.

Looking back, I should have stayed in a dorm room on Khao San Road. This would have given me the opportunity to chat to other travelers, and realise that actually, just because a women goes exploring alone does not mean that something bad will happen.

After spending two months in South East Asia and China, I had fallen in love with travel and all the wonderful new experiences out in the big wide world. In the third summer at University I decided I needed to go traveling again – this time I didn’t manage to rope any of my friends in, so I started looking at other options. I stumbled across G Adventures and as I’ve always held a geeky interest in volcanoes, Central America, with all its volcanos really appealed to me.

The trip I did was similar to the Central American Journey currently on their website, except we didn’t fly from Roatan to Managua, we took the bus (it was 8 years ago now). It was a fantastic trip, and I have written about my experience traveling with G Adventures. As well as climbing volcanoes, I knew there was world class diving off the coast of Belize. I therefore decided to spend a week in Cancun getting my PADI certificate before meeting up with the G Adventures group.

I flew to Cancun via Newark airport, New York, and I recall the man’s face at border security in Newark airport when I told him I was traveling alone to Mexico – he couldn’t understand it. Why would a young female want to travel to Mexico, alone? This did not fill me with confidence. I had booked a female dorm bed at a hostel in down town Cancun and also arranged an airport taxi to pick me up from the airport.

Prior to departing, I had bought a personal safety spray off ebay.

Basically, it was a red paint spray that I would aim at the eyes of anyone that tried to attack me. When I arrived at the hostel, I actually surprised myself – I struck up conversation with a couple of girls in my dorm room and we went out for dinner that evening. I think after that, something just clicked and I thought

The rest of the week, I was a less anxious version of myself. Reception advised me that the best way to get to my dive school in central Cancun was via local bus that departed from just outside of our hostel. Whilst on the bus, instead of worrying about being mugged or murdered, I actually enjoyed the ride and absorbed life going on around me.

What advice can I offer other people wanting to travel alone but whom may be experiencing anxiety?

Have you experienced something similar in the past?

Agness Walewinder
Travel freak, vagabond, photography passionate, blogger, life enthusiast, backpacker, adventure hunter and endless energy couchsurfer living by the rule "Pack lite, travel far and live long!"
Do you want to contribute?
Publish your guest post on Etramping!
PrevPrevious5 Reasons to Travel by Bus in the USA
NextItaly’s 5 Best Places To Visit That You Probably Have Not Heard AboutNext 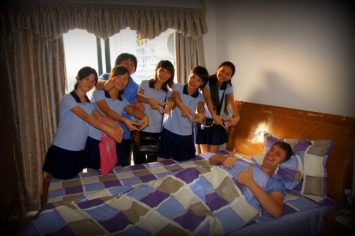 5 Good Results of My Accident in China 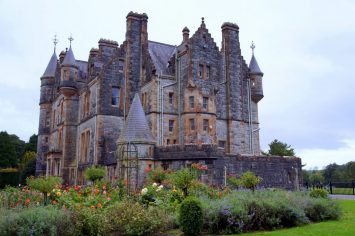 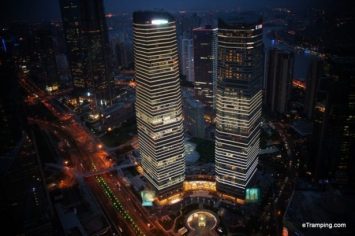 28 thoughts on “My Experience Traveling Alone with Anxiety”