Ways to Make Flying as Comfortable as Possible

We can still remember the first time we flew. We were just young, but it was so exciting. A new experience and we were going to be in the sky! Yet as we’ve gotten older, we’ve come to have a bit more of an antagonistic relationship with flying.

Consequently, we’re always looking for how to make flying as comfortable as possible. Here’s what we do to make flying easy. We hope it helps the next time you jet off to a new destination.

Some of us love ’em, others hate ‘em. They are, for some, the singular most important part of travel. After all, without a good pillow, how can you get that well-deserved and much-needed rest whilst you’re taking that 13 hours flight from point a to point b? Moreover, without that pillow, your head will end up vibrating on the side and of the plane and you’ll end up itching all over the place. First world problems.

A good travel pillow sorts all of that out by making sure that you’re ready to make flying easy. Try checking online for the best travel pillows and find one that’s right for you. There is a load of them out there, with different advantages, so just give it a search. You’ll find your perfect traveling companion in no time.

This is something that we didn’t actually think about in the beginning. Sure, we were aware that we didn’t want to be parked up next to the toilet, or hunched into the middle of a group of people on either side in the middle row. However, were we really aware of what seats are best for making the ride as comfortable and easy as possible? No. Now we are though.

Firstly, it’s a good idea to get a seat over the wing if you’re not a fan of turbulence. Because of the which in which planes work (we’re not going to launch into a lecture on aerodynamics), but essentially, those areas are going to wobble the least. However, you are still going to get some sounds from the engines. Not too loud, but, well, load. If you’re a light sleeper and a stickler of earplugs, head as far towards the front as you possibly can. The further forward, the quieter. No, we’re not saying to take the first-class seats (they’re expensive), but comfort+ might be a good idea!

Yet there is another seat, reserved for those who have a fear of flying. For those of get on a plane and see little dots start to form in their vision and then for whom panic starts to set in. OK, no panicking that bad. However, there is a best (read: safe) seat location for those who get a bit queasy whilst flying. The Safest seat is at the back, where you’re apparently 40% more likely to survive than if you were at the front. Check out SeatGuru for a guide to what seats on your plane are the best.

The problems begin once you’re on the flight. It’s been a couple of hours, and suddenly your body starts to tell you that it needs something. Maybe it wants to run around, maybe it’s begging for you to just stand for a while, maybe it’s the effects of not having had a cigarette for a while.

If you’re the type of person who tends to get a little anxious in small spaces (or who smokes), making sure to get all your ‘ya-ya’s’ out of your system before you fly will go a long way to making you feel better. It’s pretty simple, just find a quiet place outside the airport and do a couple of stretches. You don’t have to look like last year’s weightlifting champion, just kick your legs around a little and swing your arms.

If you’re a smoker, make sure to smoke before you get on the plane, and preferably bring along something which will help you stave off the nicotine withdrawal effects. If you’re really stuck, some international flights still offer e-liquid cigarettes for those who need them. It depends on who you’re flying with but there is a chance.

Join a loyalty scheme and stay loyal if you like flying easy. Seriously, there are big benefits. One of those such benefits is that you’re much more likely to get a free upgrade once you’re onboard! Elite passengers also manage to get free checked bags, shorter security lines, better service and priority if the flight ends up being cancelled. How to get these benefits?

It depends on who you’re flying with, but some start from around 25,000 flight miles per year. That’s about 3 trips from China to the US and back again.

Do you Need to Check Your Bags?

This one is a toughie. Sometimes it’s important to bring checked baggage with you on a flight. We can’t say the number of times where we wish we had. However, it’s not always the best options. In fact, a lot of the time (especially in busy airports), it’s better to avoid baggage checking and just bring along the carry-on allowance. You would be pretty surprised by how much they let you fly with. It’s a lot.

The logic behind this maneuver is that you won’t have to wait in long queues to get your travel duffel bag checked. We’ve been in queues which have lasted for over 3 hours. We know people who have been in worse.

If you want to make flying easy and comfortable, just relax. It’s just a normal trip and it will be over before you know it. Try not to hype it up like you did as a child, unless you either are a child, or this is your first time flying. Sit back, have a nice drink, and fly easy. 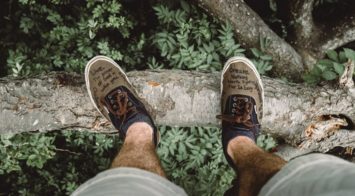 How to Use a Climbing Tree Stand 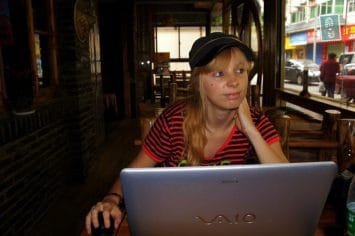 Travel Update: Life in China and Plans for Summer 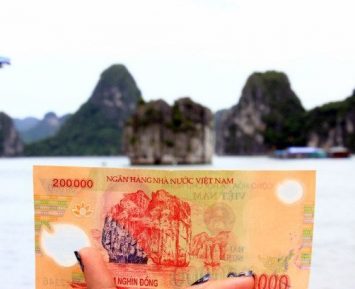