A Lesson From The Road – A Story About Getting Lost

I recently wrote about my solo weekend getaway to Korea’s Boseong Green Tea Fields.  As I mentioned in the post, I greatly enjoyed the trip as it allowed me to get away from the city for a couple of days. What I did not mention was that on my way to the fields I got utterly lost. From Seoul, I was supposed to take a bus to Gwangju (광주) from which I would get to the town of Boseong.  When I went to buy my ticket from the counter, I didn’t see Gwangju on the timetable.  However, I did see Gongju (공주) as a possible destination.

Not yet able to comprehensively read Korean, I didn’t notice the slight difference in how the two cities were spelled. Instead, I mistakenly thought ‘Gongju’ was just a different Romanization of ‘Gwangju’.  My eagerness to get on a bus and begin my journey prevented me from realizing I had just bought a bus ticket to the wrong destination. I had read online that the bus ride to Gwangju was supposed to take around four hours.  So, as you might imagine, I immediately felt a sense of doubt when the bus pulled into a terminal after less than two hours. I recognized straight away that I had indeed bought a ticket to the wrong city.  After allowing myself to be angry for only about ten seconds, I figured, “It’s not that bad.  I can just buy a ticket to Gwangju from here (Gongju)”.  If only things were that simple. Gongju did not have a direct route to Gwangju. I had a decision to make. I could chalk up the two hour bus ride I had just taken as wasted time and return to Seoul to buy a ticket to Gwangju. Or, I could take the risk of getting even more lost by finding my way to Gwangju via another route.

My whole intention of this weekend trip was to have a mini-journey.  So, of course, I chose the latter option. I thank the universe for smartphones because without mine I wouldn’t have had the slightest clue of where to go.  But just because I had my smartphone did not mean I would not get lost. I searched on my phone for the closest big city that would take me to Gwangju.  I settled on Daejeon.  But I had to choose between East and West Daejeon.  I randomly chose West (wrong again!).

I hopped on the bus and tried to relax with a book.  Focusing on the book was difficult because of the rush of not having any idea of where I was going or whether I was ever going to make it to the Green Tea Fields. After about one hour, the bus came upon a big city so I figured we were in Daejeon.  I had to be attentive to try to look for the Express Bus Terminal that shuttles between different cities.

But of course, the last stop for the bus was some random street on the outskirts of town.  I tried to ask the bus driver how to get to the bus terminal but my Korean is virtually non-existent so despite his seeming kindness, he was of no help to me.

At this point in the story I should mention that it was raining and that I also had an injured foot.  You can now picture me limping around a completely foreign city all while it’s raining. I searched for the location of the bus terminal using Google Maps and discovered that it was on the entire opposite side of the city. I knew where I had to go but didn’t know how to get there because it was so far away.  I started walking towards the terminal, hoping I would find an easier way to get there.

As the rain began to pick up, I kept wandering the streets, with only a general idea of where I needed to be headed. Finally, after about thirty minutes, I stumbled upon an entrance to the subway. Woohoo! I quickly (my battery was close to dying) downloaded the subway app for Daejeon and found the stop closest to the bus terminal. After twenty minutes on the subway, I reached the bus terminal.

This time you better believe I was careful to buy a ticket for Gwangju rather than Gongju. I arrived in Gwangju unscathed and then bought my ticket for Boseong.  At 11pm, six hours later than I had anticipated, I was in Boseong.

My guess is that this story would sound like a nightmare for a person who does not travel: ‘Wasted’ time, walking in the rain with no umbrella, in the middle of nowhere and essentially unable to communicate with anyone.

All of these things can be extremely frustrating.  In fact, I can guarantee that if this had happened to me two years ago, before I had ever done any traveling, I would have burst into a million pieces from the frustration. Anyone that knows me is aware that there are few things I am better at than getting lost.  I can recall several occasions when I got lost driving somewhere and would slam my hands on the steering wheel because of the time or gas I had wasted. That almost never happens to me anymore and my trip to Boseong exemplifies that perfectly.  My travels over the past two years have taught me many things.  Perhaps the most important of those things is to ‘let go’ when things aren’t going right.

So often, we get caught up on how we want things to be.  As a result, we miss out on how things are. Travel has taught me to relish in the times when things don’t go as planned.  On the road, things are always going to happen that changes any plans you have.

Like travel, there are so many things in life that we simply cannot control.  When you fully realize this, you start to see that it’s actually silly to get upset when things take a different course than you wanted.

When you allow yourself to ‘go with the flow’ as some people say, you may even find that more incredible things happen than would have happened had your plans gone to perfection.  Nothing unexpectedly awesome happened on my trip but I did get to see a new city (Daejeon) that I otherwise wouldn’t have seen.  Plus, the whole getting lost makes for a much better story than if I had just went straight to Boseong with zero issues on the way.  Where would have been the fun in that?

As I walked down those unknown streets with a limp and rain falling on my face, I couldn’t help but smile. If I had been angry and frustrated by my mistake, would that have helped my situation?  Of course not.  Instead, I would have only been miserable for the duration of the trip.  Because I was able to let go of my plans and expectations, I was able to enjoy my new surroundings as well as the challenge of finding my way to my intended destination. I was doing something that most people wouldn’t dare even attempt.  While I know there are many places where this situation would have been far more difficult, this was the greatest challenge I have personally faced on the road so far. I revel in the fact that I was frustrated for only ten mere seconds.  I was simply content to be doing something that invigorated me, something that made me feel alive.

I definitely owe my ability to not be frustrated during this ordeal to my travels.  The more I travel, the more I see myself as a passive observer able to flow with the tide.

The next time you find yourself feeling frustrated or angry about something, try to take a step back.  Think to yourself, “Is this really worth getting angry about? Am I missing out an opportunity to learn something or enjoy an unexpected turn of events?”

If you can learn to travel without concrete ideas of how you want things to go and instead be willing to let go of expectations, there’s no telling where the roads will take you.

Matt Inman is currently an English teacher in South Korea. He is dedicated to travel as a means to learn about himself and the world around him.  He recently launched his own travel blog as a way to share his journey in the hopes that he can inspire others to make the leap and begin their own journeys. 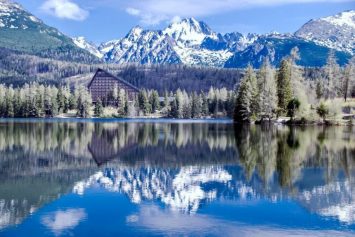 Beating the Budget: 8 Tips for Travel when You’re a Financially Challenged Student