GoCustomized in Gdansk – A Brief Travel Update from Poland

Even the most prolific travelers will say that as much as they love to globetrot all over the planet, it’s always really nice to go home. As T.S Eliot said; “We shall not cease from exploration, and the end of all our exploring will be to arrive where we started and know the place for the first time.” Well said indeed, sir!

And so, following our physically exhilarating and exhausting excursion in the Costa Brava, we once again decided to return home to Poland to catch our breath and take stock of the traveling year so far. However, we weren’t alone, and our friend and fellow travel writer Lydia (who many of you may know by now) accompanied us back to the motherland, there to explore some of the sites and attractions of where we grew up. And in seeing something so familiar with someone else – you can view it through a different pair of eyes!

We’ve not been resting on our laurels this year, so here’s a quick summary of where we’ve been so far. With Lydia joining us for each trip, first up was a southeast Asian adventure in Thailand and Myanmar (Laos for Agness). The two highlights there were undoubtedly bathing with elephants in Chiang Mai, and finding a way to climb the temples in beautiful Bagan. Most recently, we all met up again in Catalonia, Spain, to enjoy a week’s adventure tourism – which included ticking skydiving off the bucket list – something I’ve wanted to do for a long time.

Upon our return home, we’ve hopped all over the country, introducing Lydia to Warsaw, Krakow, Zagan, and the Tricity region of Poland.

The Salt Mines of Krakow

We paid a visit to the Wieliczka Salt Mine, which lies just outside of Krakow. Dating back to the 13th century, today it’s become one of the most popular tourist attractions in the region. It produced table salt until as late as 2007 and consists of about 300 km of tunnels, the deepest of which descends to 327 metres underground.

Everything you see is hand carved – including some amazing sculptures from local artists. It’s a fascinating day out if you get the chance to visit.

There must be a sombre note when exploring Krakow and its surroundings, however, as everyone should pay a visit to Auschwitz-Birkenau at least once in their lives.

The former concentration camp turned into a memorial and museum needs little introduction, at once a recognizable black mark on human history and the location of civilization’s darkest hour. It is a sobering experiencing when venturing beyond the barbed wire.

You’re likely to shed a few tears when paying your respects to the 1.1 million people who lost their lives here at the hands of the fascist Nazi war machine. You won’t believe some of the things you’ll see, and while it’s a hard place to visit – it’s an important visit too. It’s a reminder that we must never allow something like that to happen again.

This is my old stomping ground, where I grew up and spent most of my life. It consists of three main cities in the Pomerania region; Gdansk, Sopot and Gdynia, all on Poland’s Baltic Sea coast.

And since I’m currently renovating my own home base, Lydia and I stayed at my grandma’s house, while Agness stayed at her mom’s house in Zagan (another city). Nothing beats a bit of home cooking!

Treats in the Mail!

Now, it might be a bit nerdy of me to say this, but there was another reason why I was happy to be home. I was geeking out at the prospect of something that had arrived in our mail. I made a beeline for the collection box to discover that GoCustomized had indeed sent what we were expecting; custom phone case for eTramping! I’d even ordered a design for Lydia’s blog too, and we were getting far too excited about them after tearing open the small package in the mail! It’s always nice to get a package, isn’t it? Just another reminder that you’re alive!

We wasted no time in putting the covers on our phones before scooting around the region taking dozens of pictures. The phone cases are sturdy and really well made – mine had a photograph of the eTramping team high-fiving on a beach in the Maldives, and Lydia’s was a cool wooden case incorporating her logo.

The only downside was they’re quite hard to take off, but since we don’t change phone overs that often it shouldn’t really be a problem. We’re now the envy of travel bloggers everywhere!

So, with our trendy new phone covers firmly in place, I showed Lydia the delights of my home region over the course of a week. It’s a shame she can’t stay longer, but she’s a busy bee too and has to explore the world (Slovakia and Turkey now) while I’m continuing my relentless efforts at making my home a livable place.

However, we made the most of our time in exploring my home country, and there’s little doubt she will be back (like next week, to precise). Poland is a pretty cool place you know!

A week is barely long enough when you spend it showing good company around your home but rest assured it won’t be the last time Lydia sets foot on these shores.

After our whistle-stop tour of Poland, we’re planning on traveling together to Greece and Turkey to do some more rock-climbing. Meanwhile, Agness (fresh from her African experience) will return there with a friend to visit colorful Marrakesh. They visited Malta this year (do you still remember Agness’s quad experience in the Gozo island?) and they can’t get enough of traveling together!

Stay tuned as it’s all go for eTramping as the summer approaches – but that’s just the way we like it!

Where’s next on your travel to-do list? Let us know your adventures! 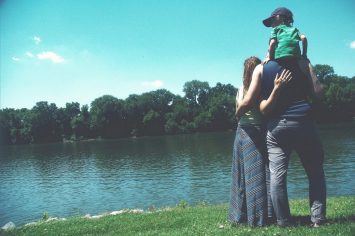 Tips and Tricks For a Stress-Free Family Holiday 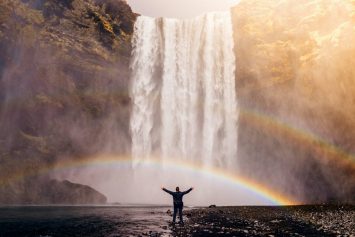 15 Waterfalls Well Worth Tramping To